A camouflaged car has never looked so good

Volkswagen presented a prototype of its next electric car in Las Vegas.

Today, the world’s largest consumer electronics exhibition opened in Las Vegas CES 2023, although most of the big gadget manufacturers already started to leak this week what can be expected from them this year. In recent years, we have already become accustomed to the fact that car manufacturers are regular guests at the technology parade, as this sector is going through an extremely serious paradigm shift thanks to electric cars, not to mention that modern cars are already packed with various digital devices, the from navigation to driver support systems to video games.

In light of the above, it is no wonder that one of the world’s largest car manufacturers, Volkswagen, has timed the unveiling of its next electric model, the Volkswagen ID.7, for this year’s CES. Although, as the Green Car Reports reported, this is not yet the official presentation, only the prototype of the car will be admired by CES guests.

The ID.7 is a large, slightly coupé-like passenger sedan with pure electric drive, which is expected to be the Passat manufactured since 1973 intended for his successor. With a length of nearly five meters (4,940 millimeters), it is similar in size to the Tesla Model S, although slightly taller, with a significant wheelbase of nearly three meters (2,970 millimeters).

Volkswagen has not yet revealed more technical details, all that can be known is that the ID.7 is based on the same MEB platform as the ID.4 and other models offered on the European and Chinese markets. Your battery is expected to be For ID.Buzz minibus it can be a similar amount, which will enable approximately 90 kilowatt-hours and, according to VW’s promise, a range of approximately 700 kilometers (according to the WLTP standard).

The interior will be a slightly modernized version, similar to that of current Volkswagens, dominated by a centrally placed 15-inch touchscreen, and a HUD using augmented reality (AR) will project the most important information in front of the driver’s eyes. And the car’s intelligent climate system can detect when the driver is approaching the vehicle, in which case it automatically turns on the heating or cooling.

Perhaps the most exciting part of the prototype presented now is the color camouflage painting gives Car manufacturers typically use black and white models when they have to take one of their models out into the world, making it difficult for photographers and industrial spies. 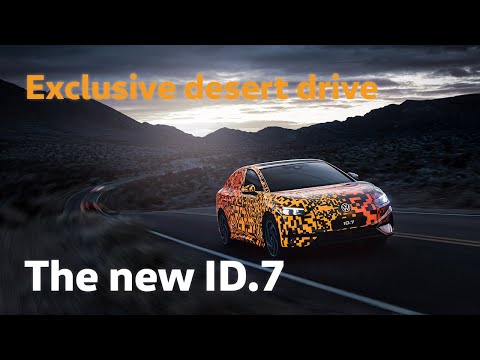 However, the Volkswagen ID.7’s camouflage paint shines in the colors of the rainbow, which has also been solved with an iridescent varnish consisting of 40 layers, which dazzles the eyes even more. On the other hand, it looks impressive in the photos, we wouldn’t mind if it was possible to buy the car with a similar paint job, which is still only a prototype, but it is expected that the commercial version will differ from the current version in at most a few small things. By the way, the ID.7 may go on sale in Europe, China and the United States in 2024.

Share
Facebook
Twitter
Pinterest
WhatsApp
Previous article
LG OLED Signature M3 – a TV that can work completely wirelessly and without visible wiring
Next article
Go to sleep after watching this!.. Nithi Aggarwal showing off her curves in a short gown…