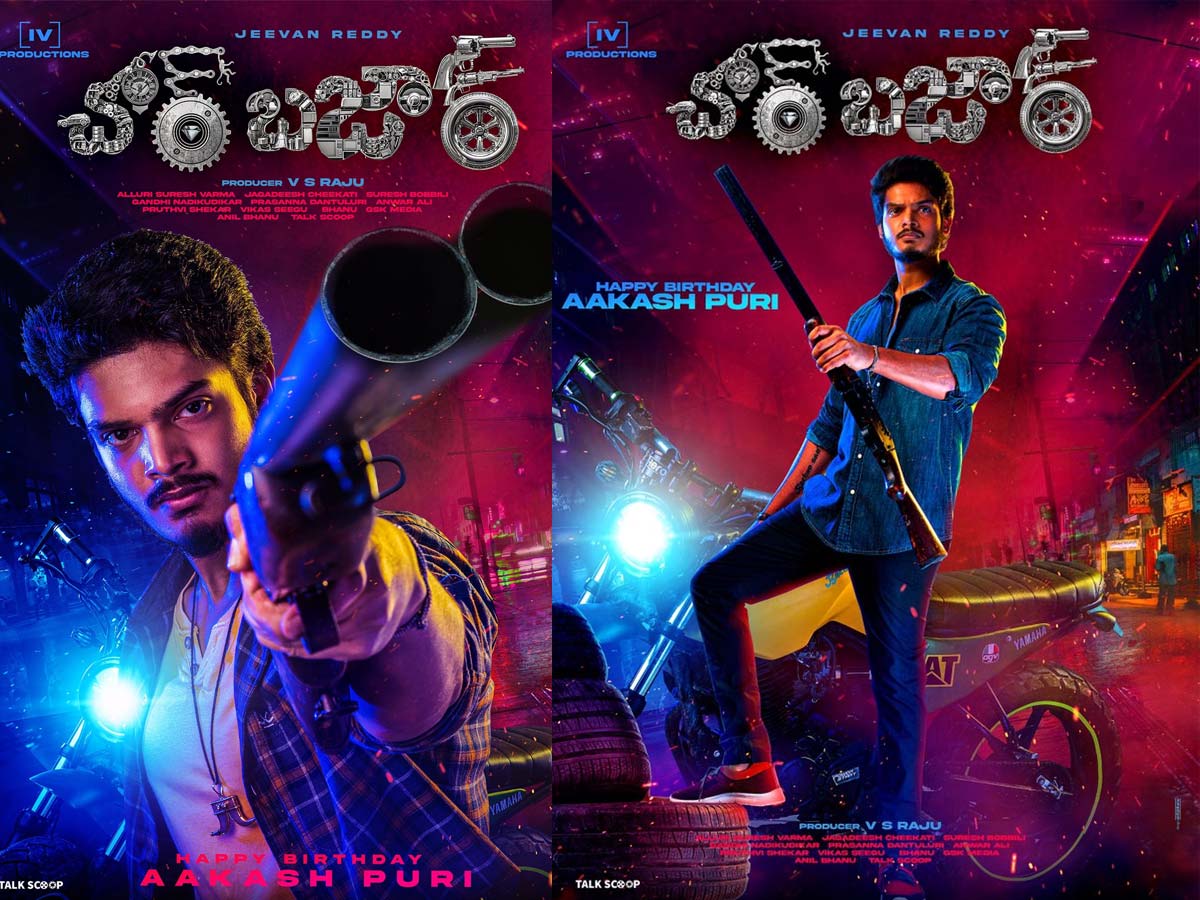 George Reddy fame Jeevan Reddy is directing a commercial entertainer titled Chor Bazaar in which Akash Puri, the son of Puri Jagannadh is playing the lead role. The film Chor Bazar  is set in the backdrop of a flea market, which sells stolen goods. The movie was launched in the month of February with formal pooja ceremony and today on the occasion of Akash Puri’ birthday, the makers of Chor Bazaar released the first look poster as ‘Bachan Saab’.

Chor Baazar is being bankrolled by VS Raju and it has the music by Suresh Bobbili. It has  Archana and Subba Raju in prominent roles.

Akash Puri made his acting debut as a child artiste in the Ram Charan starrer action drama  Chirutha. He turned lead actor with Andhra Pori and  he will next be seen in a love story titled Romantic, which is helmed by  Anil Paduri and is bankrolled by his dad Puri Jagannadh.  Romantic is touted to be an intense love story and  it is  Akash’s second film after his debut in Mehbooba in 2018. Actress Ramya Krishnan plays a key role in the film and post-production of the film is in progress.

File picture of Shane Warne.© TwitterFormer Australia spinner Shane Warne has injured himself in a motorbike accident. Warne was riding his bike with...

India vs New Zealand, 1st Test: Ajinkya Rahane Should Be “Worried About” Form...

5G Phone of xiaomi at a 5 thousand discount in black friday sale get...