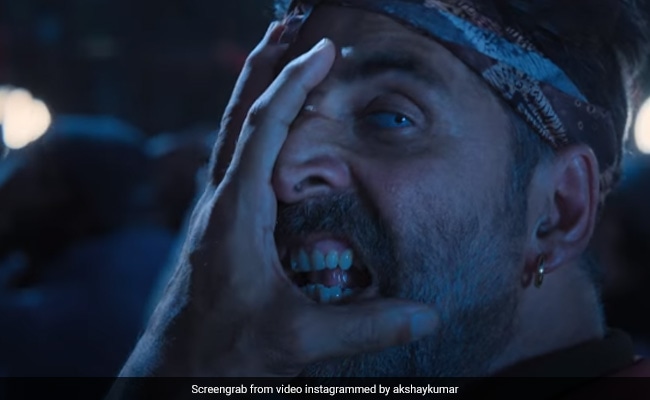 Akshay Kumar is a versatile actor and in his last released film Bachchhan Paandey, he is seen wearing a fake eye. Recently, during an interaction with the media, Akshay Kumar shared that wearing an eye lens was “very difficult.” When Akshay was asked about the most difficult part of shooting for Bachchhan Paandey, he told media, “Wearing the lens and then removing it was extremely difficult. Jaan nikal jaati thi because I could not fix it in my eye myself. It was a very big lens. I would see everything blurry and that’s how I used to shoot. I would just see that there is a figure in front of me,” reported India Today.

Akshay Kumar also revealed how they finalised the look and added, “The first day it took about 15 minutes, but later it used to take me hardly 2-3 minutes. We decided on my look by doing a lot of photoshoots for three days and that’s when we zeroed in on this one.”

Bachchhan Paandey is the official Hindi remake of the 2014 Tamil film Veeram. The film stars Akshay Kumar in the role of a gangster, Kriti Sanon plays an aspiring director and Arshad Warsi plays her friend. The film released on March 18 and has been receiving mixed reviews.

Next, on the work front, Akshay Kumar will be seen in Prithviraj. The film will release on June 3 and also stars Sanjay Dutt and Sonu Sood. Miss World 2017 Manushi Chhillar is making her Bollywood debut with the film.

File image of Athiya Shetty and KL Rahul together.© TwittterIndian cricket team followers were in for a shock when KL Rahul, who was...