AMD today announced a suite of new CPUs based on the company’s latest Zen4 architecture. Chief among these are the new 3D V-Cache desktop parts as well as a range of new mobile processors. 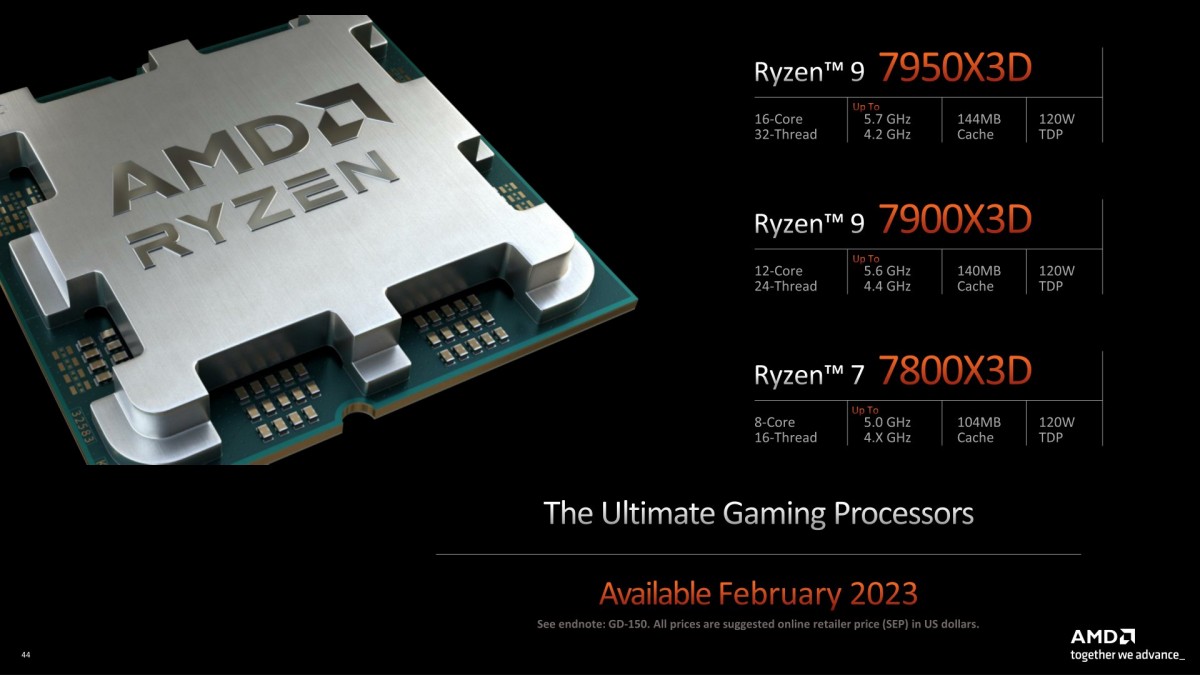 It’s worth noting that while the 7950X3D and the 7900X3D have double the L1 and L2 cache of the 7800X3D since they have two CCX units, the L3 cache isn’t doubled, suggesting all the extra 3D V-Cache is dedicated to only one of their CCX. This may explain why the 7700X3D has lower clock speeds, as otherwise it would perform very similar to the more expensive 3D V-Cache models in games.

AMD also announced new affordable non-X models in the Ryzen 7000 series for desktop. This include the Ryzen 5 7600, the Ryzen 7 7700, and the Ryzen 9 7900. The 7900 is particularly interesting as it’s the first time a non-X Ryzen 9 part will be sold directly to regular buyers and not just OEMs. 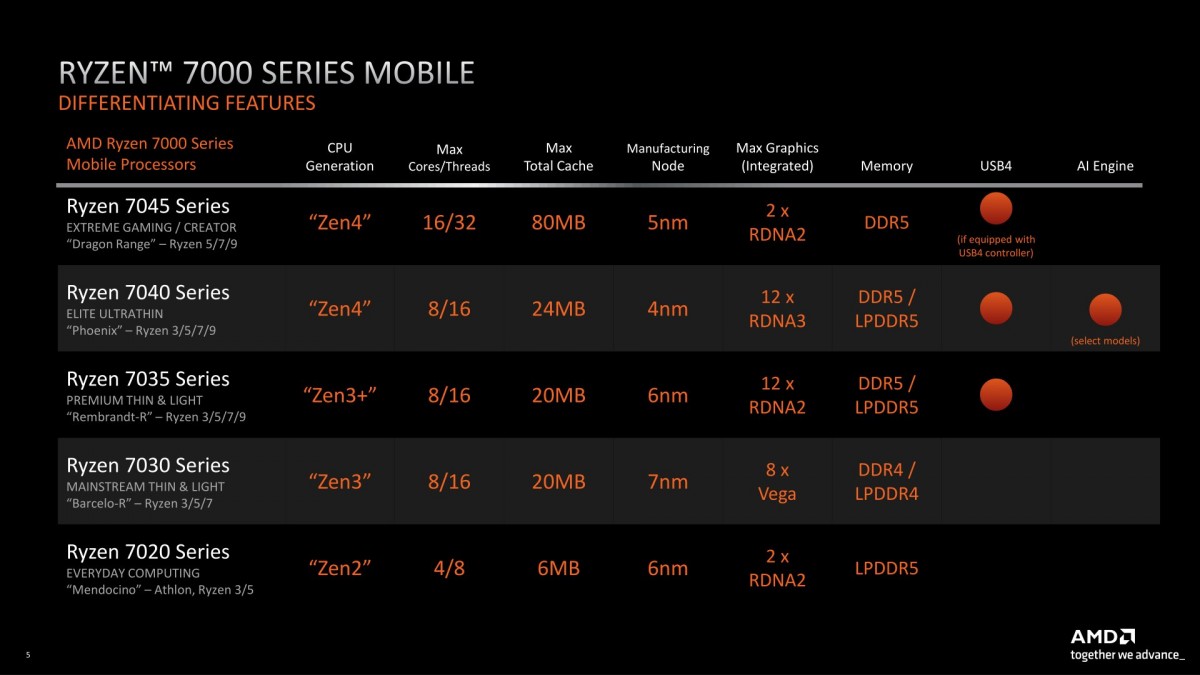 Moving on, AMD also announced its new Ryzen 7000 series of mobile processors. This includes the top of the line Ryzen 7045 ‘Dragon Range’ series for gaming and creator laptops, and the Ryzen 7040 ‘Phoenix’ series, for flagship ultrathin laptops, both of which are based on the Zen4 architecture. These chips also feature a dedicated AI engine, a first for an x86 based processor. 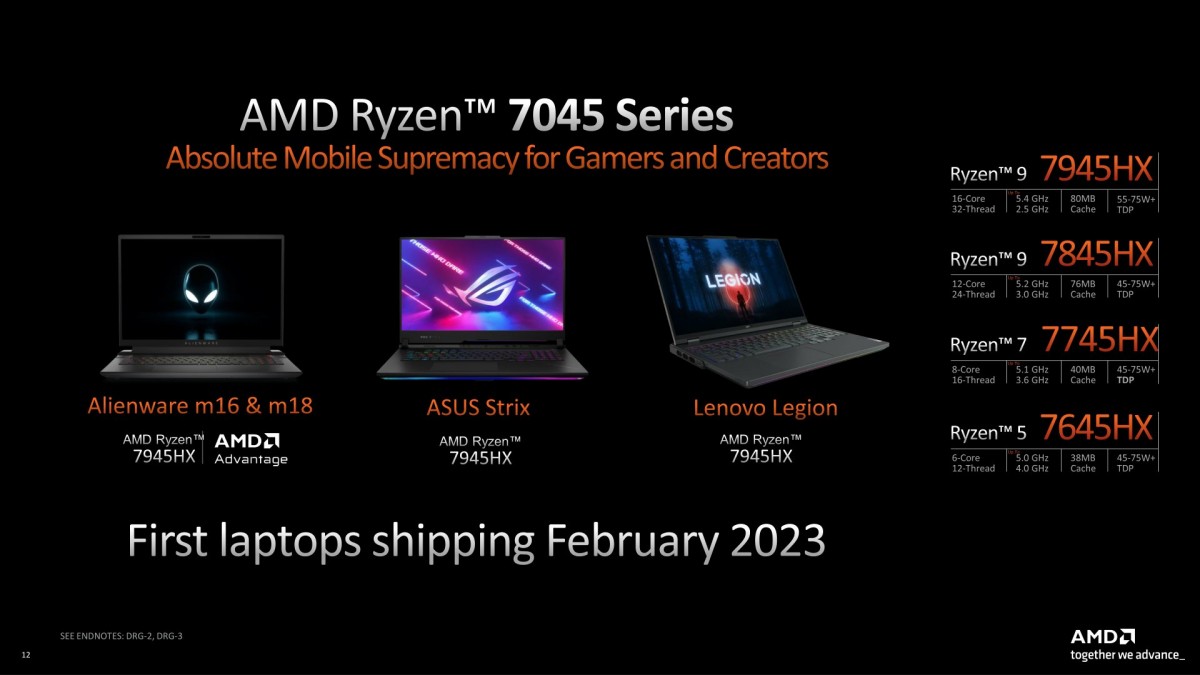 All put together there are eighteen models in the Ryzen 7000 for mobile, which is exactly the level of confusing you expect from any laptop related hardware announcement. 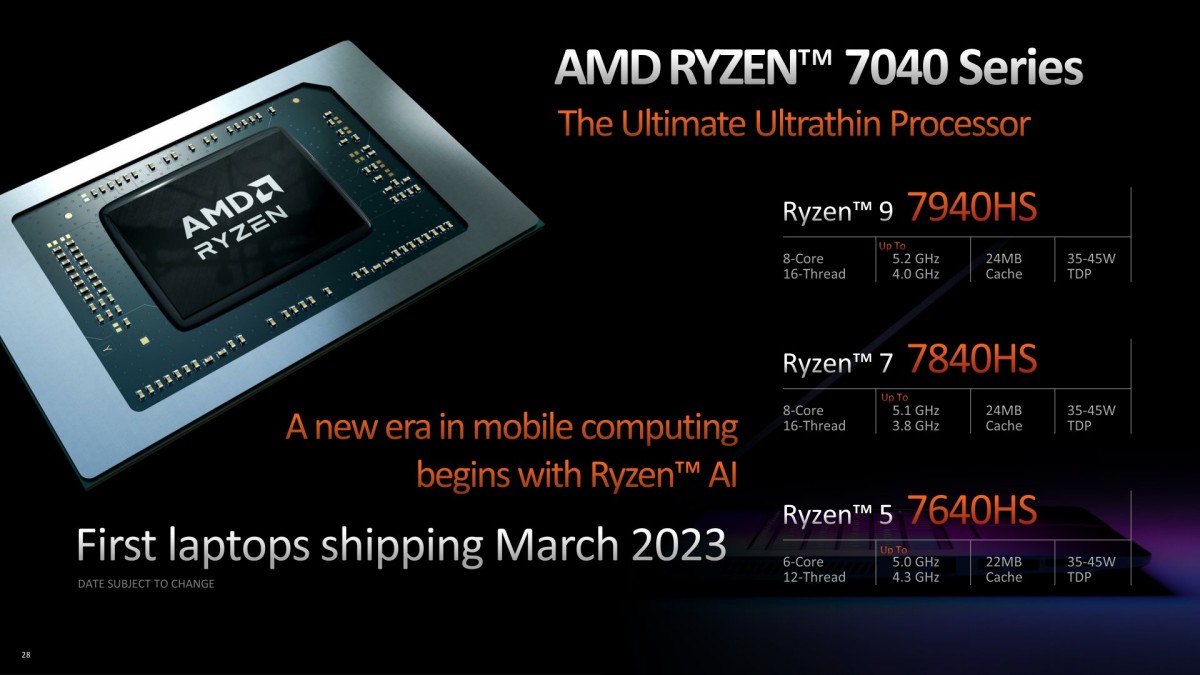 AMD also announced Radeon RX 7000 series graphics for laptops based on the new RDNA 3 architecture. There are four models, the higher power RX 7600M XT and the RX 7600M for powerful gaming laptops and two low powered variants RX 7700S and the RX 7600S for thin and light laptops. The 7600M XT and the 7700S have 32 compute units while the remaining two have 28. All have 8GB of GDDR6 memory and 32MB Infinity Cache. The major difference is that the 7000S series have lower clock speeds for reduced power consumption.

Check the links below for more details on all the individual models mentioned here.

There are currently as many as four variants...