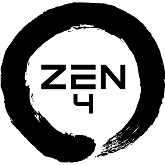 AMD has already confirmed plans for the next generation of APUs for laptops a few months ago. A year ago, the Rembrandt APU family was introduced, which brought improved Zen 3+ cores and a completely new, integrated AMD Radeon 600M graphics chip, based on the RDNA 2 architecture. This year, the manufacturer is introducing the next generation – APU Phoenix. We will get here a maximum of 8 Zen 4 cores with a significantly increased cache, as well as with integrated RDNA 3 graphics. In addition, AMD introduces the Dragon Range CPU family, i.e. desktop Ryzen 7000 units, moved to a BGA housing and optimized for operation in notebooks.

During AMD’s press conference at CES 2023, the new generation of Phoenix and Dragon Range APUs for laptops was presented. Zen 4 cores and RDNA 3 graphics chips were available. 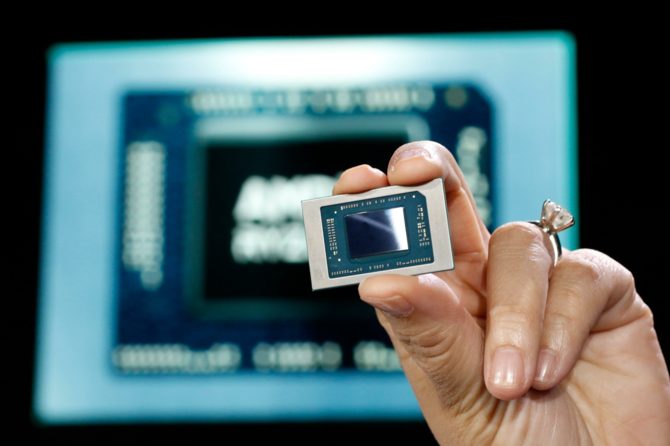 During the conference, AMD was not very talkative about the specification of Ryzen 7040 processors, belonging to the latest generation of APU Phoenix. Only with the end of the conference, a lot of information was published. The first laptops with Ryzen 7040 will go on sale in March, with only three Zen 4 systems initially offered: Ryzen 9 7940HS, Ryzen 7 7840HS and Ryzen 5 7640HS. Later, there will also be Ryzen 3/5/7 systems with TDP of 15 to 28 W. Ryzen 7040HS models replace the existing “H” line, where their TDP will be configurable in the range of 35 to 54 W. Phoenix APU systems from AMD will be the first Ryzen processors to use the TSMC N4 technological process, i.e. an improved and more energy-efficient version of the TSMC N5. Combined with the optimizations of the Zen 4 architecture for laptops, the Phoenix APUs are expected to offer over 30 hours of video playback on battery power. Therefore, real behemoths are getting ready when it comes to energy efficiency.

The new AMD Ryzen 7040 processors from the Phoenix APU family will offer new, integrated graphics systems based on the RDNA 3 architecture. However, we only got to know their specification, while AMD did not share any details about their performance. AMD Ryzen 9 7940HS and Ryzen 7 7840HS will receive the AMD Radeon 780M system with 12 CU RDNA 3 blocks. The transition to lower lithography combined with the use of the RDNA 3 architecture has significantly affected the clocks of the graphics cores. AMD Radeon 780M works with a clock speed of 3000 MHz (!) for Ryzen 9 7940HS and 2900 MHz for Ryzen 7 7840HS. The AMD Ryzen 5 7640HS system will receive Radeon 760M graphics with 8 RDNA 3 CU blocks and a clock speed of 2800 MHz. While the number of units in the Radeon 780M has not changed, in the case of the Radeon 760M their number has been increased (from 6 CU to 8 CU). 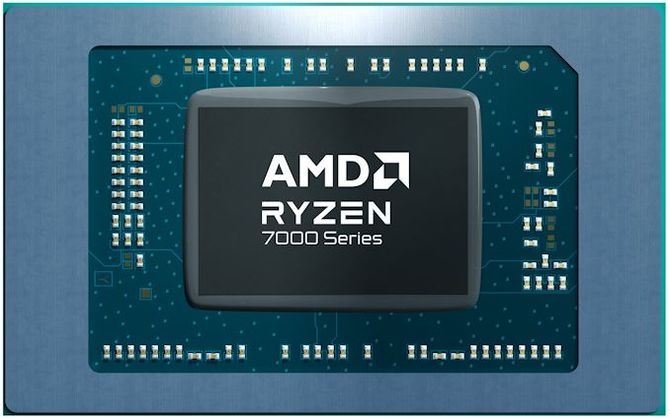 AMD Ryzen 7040 processors from the Phoenix APU family also received an improved memory controller with support for DDR5 5600 MHz and LPDDR5X 7500 MHz. The new chips support up to 256 GB, which is the highest value among mobile processors for laptops. The redesigned architecture of Zen 4 also brings a significant increase in cache memory. The Ryzen 9 7940HS and Ryzen 7 7840HS systems will receive 40 MB of cache, including 8 MB L2 and 32 MB L3. The AMD Ryzen 5 7640HS processor received 38 MB of cache, including 6 MB L2 and 32 MB L3. Pheonix APUs support up to 2 USB 4 ports with a bandwidth of 40 Gbps, as well as HDMI 2.1 and DisplayPort 2.1. The PCIe bus remains PCIe 4.0. 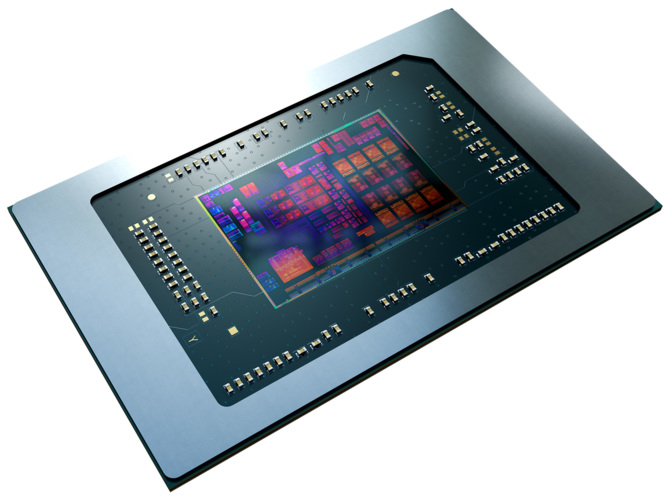 AMD Ryzen 7040 processors are not the only novelty for laptops, as the manufacturer has also officially announced the Dragon Range CPU family. In fact, we are talking about Ryzen 7000 systems for desktops (Raphael), which have been moved to a BGA housing. They offer up to two chiplets with 8 Zen 4 cores each and an additional I/O block with a DDR5 memory controller and integrated AMD Radeon 610M graphics (2 CU RDNA 2). The basic TDP of these processors is 55 W, which can be configured up to 75 W. AMD boasts that compared to the AMD Ryzen 6000 from the Rembrandt APU family (R9 6900HX), the difference in gaming performance can even reach over 60% in favor of the chips dragon range. 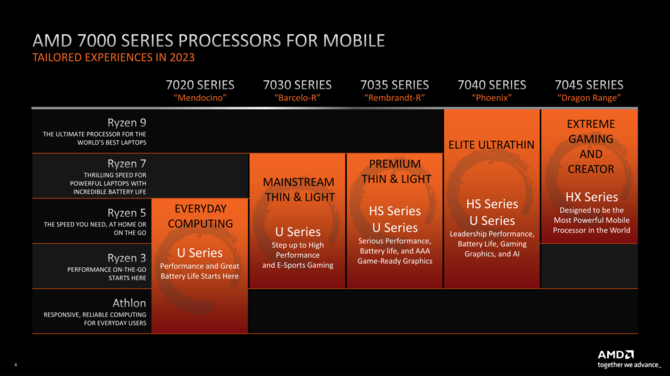 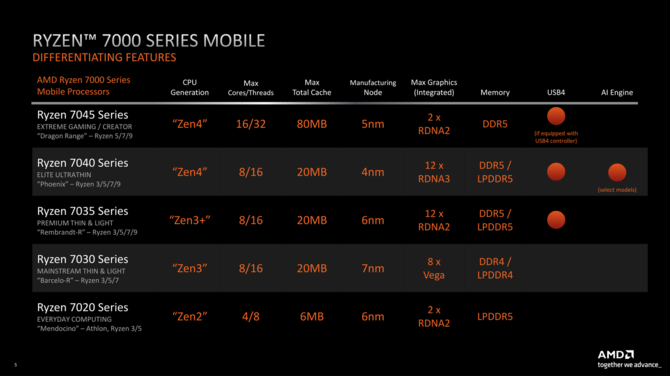 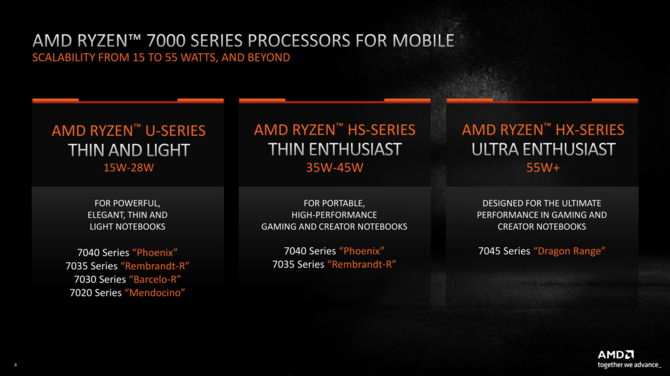 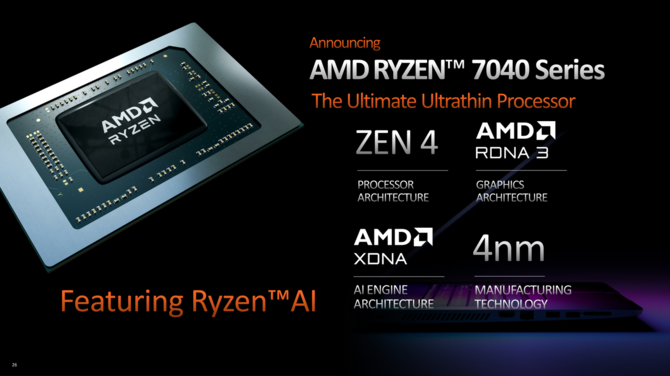 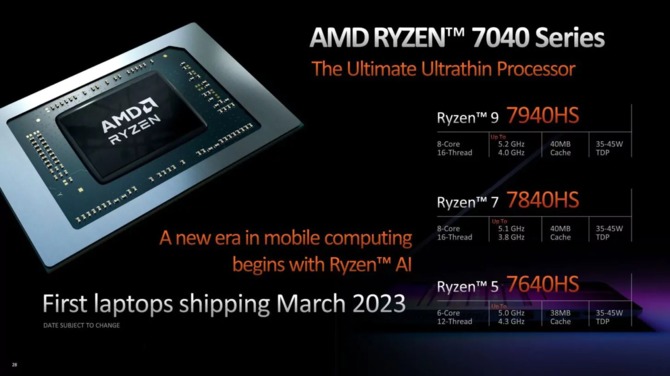 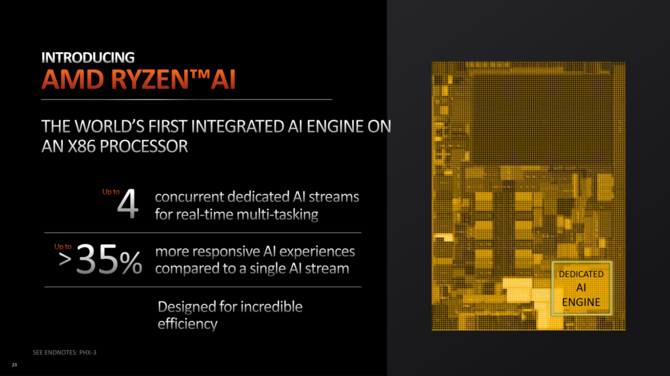 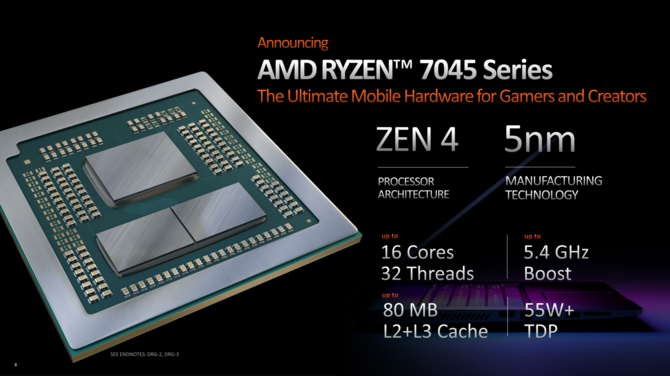 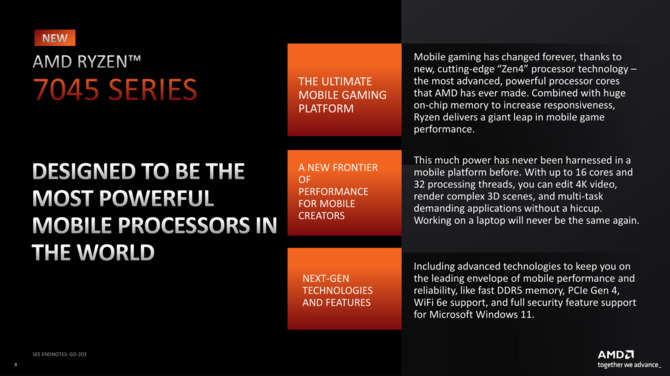 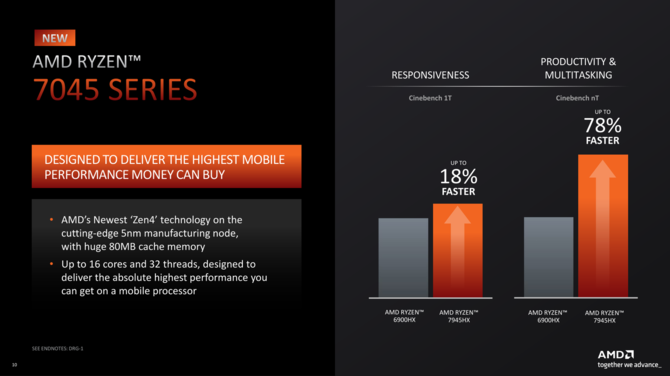 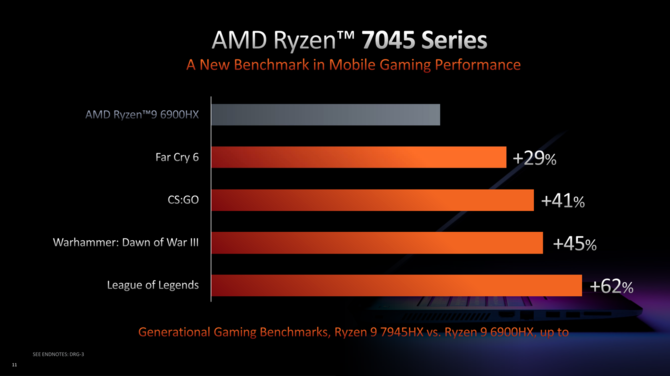 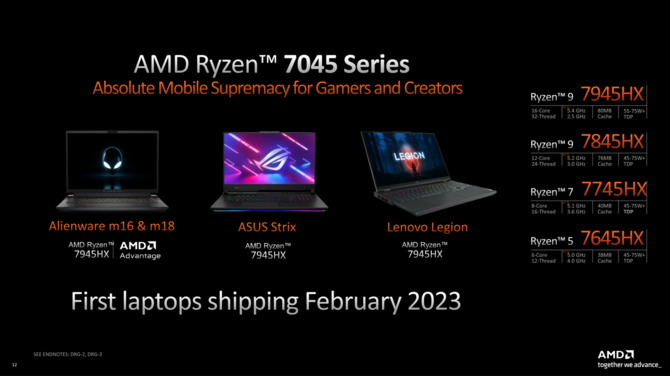