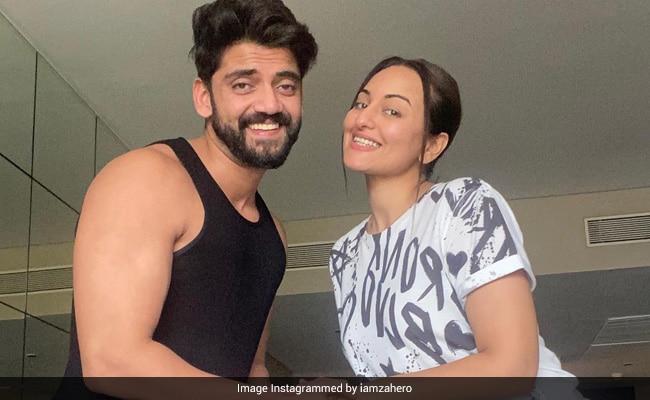 Zaheer Iqbal, who made his Bollywood debut with Notebook, is rumoured to be dating Sonakshi Sinha for a while now. Recently, in an interview with India Today, Zaheer opened up about his dating rumours and said that he doesn’t care about the rumours. The 30-year-old actor added that it’s a part and parcel of this industry, and he knew it before joining the film industry. He also revealed the advice Salman Khan gave him before making his debut. For the uninitiated, Zaheer’s debut movie was produced by Salman’s production house Salman Khan Films.

Meanwhile, on the work front, Zaheer Iqbal will be next seen in Double XL with Sonakshi Sinha and Huma Qureshi. Also, reports are rife that he will be starring in Salman Khan’s upcoming film Kabhi Eid Kabhi Diwali.