Every fourth Hungarian company does not have a budget for defense 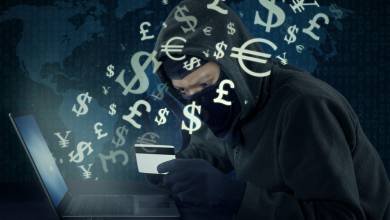 The high cost of security solutions, the low level of knowledge of threats among employees and the lack of qualified staff are the three biggest challenges in ensuring digital protection for Hungarian companies. The survey commissioned by Sophos also reveals that in the event of a cyber attack, domestic companies are most concerned about problems occurring online during the sales process.

45% of managers consider the price of security solutions and services to be the biggest obstacle in ensuring the company’s cyber security – this issue is mentioned equally by small and large businesses. Interestingly, in terms of costs, neither the amount of annual sales of the analyzed organizations nor the number of employees is of greater importance. Czechs and Poles have roughly the same opinion about this problem. 53% and 35% of the respondents indicated the price of protection solutions as the most important cyber security challenge.

The survey also reveals that, on average, every fourth Hungarian company does not have a budget for protection against cyber threats. The smaller the traffic, the more difficult it is to provide a budget for it.

Almost every third manager (32%) admits that the lack of attention to data and system protection is also a serious problem. It is worth noting that this difficulty was pointed out by 41% of medium-sized enterprises. Interestingly, a noticeably smaller percentage of respondents – 24% and 27% respectively – raised this question in both smaller and larger companies.

“Only 7 percent of Hungarian managers and directors note that their company’s interest in cyber security has increased after the start of the Russian invasion of Ukraine,” said Gábor Szappanos, cyber expert at Sophos. “This is not surprising, since security protection has become too complex for companies to take care of on their own. The increasingly bold attacks of cybercriminals mean that security teams need better tools and more skills. This increases the cost of protecting IT environments – therefore we are experiencing increased interest in SECaaS (Security as a Service) services. Companies that cannot afford a large one-time purchase can benefit from the expertise of specialists and customized solutions at a much lower, recurring subscription fee.”

Are employees getting in the way of cybersecurity?

Nearly 17% of respondents also pointed to employees who are not aware of cyber threats. This problem was mentioned more often than the time required to implement appropriate solutions (16%) or the companies’ outdated IT infrastructure (11%), but less often than problems related to the lack of qualified professionals (33%).

Czechs and Poles are less likely than Hungarians to point out problems related to hiring security professionals. Respondents from all three countries unanimously agree that their least concern is the availability of external cyber security providers.

“The results of the employee survey conducted by Sophos show that half of the Hungarian companies did not provide their employees with cyber security training. This may cause problems in terms of awareness of potential threats, but also in their unwillingness to implement changes in the field of protection. Where new solutions – for example two-factor control or encrypted VPN connections – have been introduced, the employees there do not see their work as an obstacle. On the other hand, domestic companies still have a lot to do in matters concerning the education of employees on cyber hygiene,” added Gábor Szappanos

Companies fear sales problems the most

According to 20 percent of Hungarian managers, a cyber attack can have particularly severe consequences for the company’s liquidity-related problems (40 and 12 percent of respondents in Poland and the Czech Republic, respectively).

In the event of a cyber attack, Hungary is mostly concerned about the interruption of orders or services. This was the most common answer (26%) of the Hungarian respondents. In Poland, 37% of managers – mainly from companies with the lowest sales revenue (52%) – indicated that they have difficulties in providing services. Almost half of this group is also concerned about the potential financial penalties and legal consequences of cyber attacks.

Respondents from both small and large companies believe that a cyber attack can have a negative impact on the company’s image. One in five (23%) answers this way in Hungary, one in three in Poland (36%), the Czech Republic (22%)

The State of Ransomware 2022 report published by Sophos shows that for 94% of victims of ransomware attacks, the event had a negative impact on the company’s profits. If cybercriminals succeed in breaching the security, you can be almost 100 percent sure that the attack will shake your financial stability. Remember that losses are not only related to the costs of cleaning up the consequences of a cyber attack or paying a ransom. Hacking company systems can also result in the loss of trust of customers and business partners, or penalties have to be paid, which ultimately makes it difficult to stay in business, warns Gábor Szappanos.

*The survey was conducted by the independent research institute Call to Action Hungary on behalf of Sophos in July and August 2022. During the survey, interviews were conducted with senior managers working at 400 small, medium and large companies. The same survey was conducted in Poland and the Czech Republic.

Sports Round Up: From BCCI’s refusal to go to Pakistan to India’s defeat in...