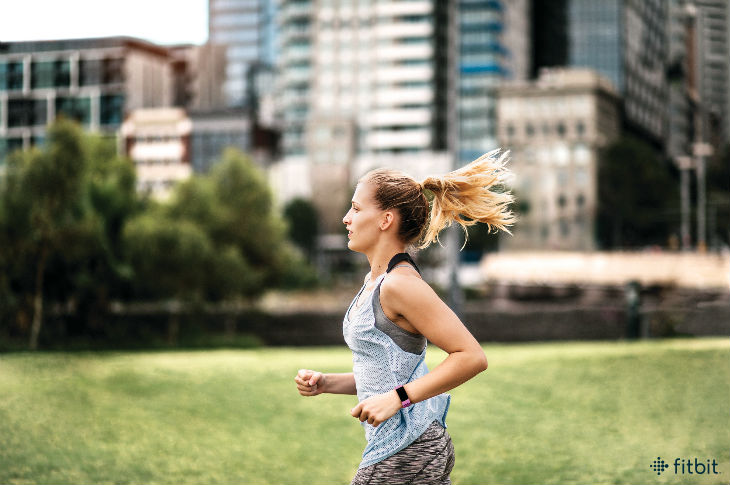 There are plenty of advantages to living in a big city, from convenience to culture and opportunity. But because cities contain more people (and more cars and buses), they generally also share one not-so-amazing benefit: air pollution.

Air pollution poses a serious risk to the environment. But what about on a personal level? Are those pollutants in the air putting your health at risk—particularly if you’re a person that enjoys working out outside?

Does air pollution pose a risk for people exercising outside?

There’s no way around it: air pollution can have a negative impact on your health. But how negative an impact depends on a variety of factors.

“The risk and/or the severity of the risk depend on pollutant levels, pollutant type, and existing conditions that make breathing more taxing, such as asthma,” says Carissa Smock, PhD, MPH, Associate Professor of Health Services at Northcentral University and Chair of the American Public Health Association’s Physical Activity Section.

So, if you’re a person with breathing issues living in a heavily polluted area, you’re at a higher risk of experiencing pollutant-related complications as a result of your outdoor workouts than a person with a healthy respiratory system living in a city with cleaner air.

Exercising outdoors (and all the heavy breathing that goes along with a good workout!) can also increase risk. “This is because more air is inhaled more deeply into the lungs—and often through the mouth rather than the nose, which filters pollutants—during exercise,” says Smock.

If your city has high air pollution, what are the effects of exercising outside?

So, exercising outdoors in a polluted area carries risk. But what, exactly, are those risks? Studies show that potential side effects of exercising outdoors in areas with high air pollution “range from headaches and eyes, nose, and throat irritation to increased risk of asthma development—and even increased risk of death from cardiovascular disease and lung cancer,” says Smock.

The side effects (if any) of exercising outdoors in a polluted area will vary from person to person. But generally, in the short-term, side effects may include more acute, temporary issues (like eye, throat, and nose irritation)—while consistently working out in an environment with high air pollution may lead to more serious long-term effects (like chronic cardiovascular or respiratory issues).

Should air pollution stop you from exercising outdoors?

You live in a city with high air pollution. There are potential risks for inhaling polluted air during exercise. So, the question is—should those risks stop you from lacing up your shoes and heading outside for a workout?

And the answer is, probably not. “Studies have found that exercise benefits outweigh the risks of air pollution,” says Smock—like this 2016 study, which found that the benefits of outdoor physical activity, like walking or cycling, “outweighed the harm caused by air pollution in all but the most extreme air pollution concentrations.”

There are, however, exceptions. People who may have a higher risk of pollution-related complications (for example, people with preexisting respiratory conditions) should consult with a physician before deciding whether exercising outdoors in an area with high air pollution is the right move.

How to keep air pollution risks low when exercising outside

Even though, for most people, the benefits of exercise outweigh the risks of air pollution, that doesn’t mean you have to ignore the risks completely. There are definitely steps you can take to mitigate the risks associated with air pollution while enjoying a run, bike ride, or other outdoor workout, including:

Monitor air quality. “Air pollution is measured with the Air Quality Index (AQI), [which assigns an air pollution rank] from 1 to 500,” says Smock. Before heading outside for a workout, check the AQI in your area (you can use an app to monitor real-time AQI data, like the Environmental Protection Agency’s AirNow app) and make sure it’s at a safe level. “Unhealthy air quality is considered at 151 or higher,” says Smock. If you have issues that put you at higher risk, you’ll need to aim for an even lower AQI. “101 is considered unhealthy for sensitive groups,” says Smock.

Time your workouts. AQI levels are typically higher at certain times of the day. “Timing workouts based on usual AQI levels, such as avoiding rush hours and warmer times of the day,” can be a great way to minimize risk, says Smock.

Wear a mask. Research has found that masks can offer protection from particle pollution—or, in other words, can block you from inhaling pollutants in the air. While some masks are more effective than others (for example, an N95 mask that fits tightly against your face will offer more protection than a loose-fitting cloth or surgical mask), even less effective masks are better than no masks—so if you’re concerned about air pollution when you’re exercising outdoors, err on the side of caution and mask up.

This information is for educational purposes only and is not intended as a substitute for medical diagnosis or treatment. You should not use this information to diagnose or treat a health problem or condition. Always check with your doctor before changing your diet, altering your sleep habits, taking supplements, or starting a new fitness routine.

Deanna deBara is a freelance writer based in Portland, OR. She covers a wide range of wellness topics, including fitness, nutrition, relationships, and mental health. Her work has appeared on Greatist, Men’s Health, Ravishly, The Fix, What’s Good by The Vitamin Shoppe, and more.