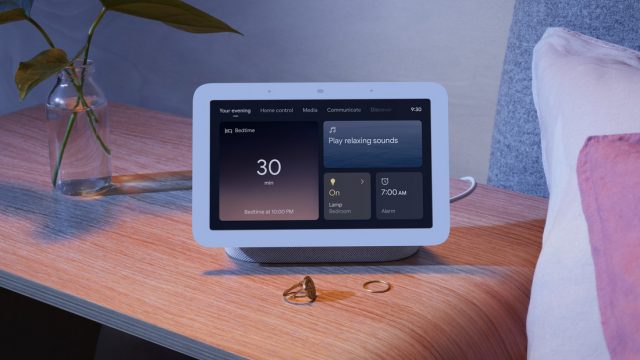 
A few years ago, Google made waves on the internet when it was discovered that the company was working on a new mysterious operating system called Fuchsia OS. Not much was known about it at that time, but over the years, the pieces started to come together, and now it looks like we’ll be able to finally experience it for ourselves.

In a confirmation to 9to5Google, Google revealed that Fuchsia OS will be released to the first-gen Nest Hub which was originally released back in 2018. According to Google, an update will be pushed out to the device which will then install the update and will change it from Cast OS to Fuchsia OS.

It seems that nothing will change in terms of how the device functions, meaning that Nest Hub owners won’t need to worry about having to learn a brand new OS. The update will initially be rolled out to those in the Preview Program before it reaches everyone in the course of the next few months, but like we said, appearance and functionality wise, nothing will change so for those who missed this piece of news, you might not even know you got the update.

It is unclear if Google plans to eventually port Fuchsia OS to other Cast OS based devices, but what is clear is that they are definitely being a bit cautious about it, and it will be interesting to see where else Fuchsia OS might end up and how it could be for the better.

Jetpack Compose gets Material You and Wear OS support

Vijay sethupathi says about to get national award – தமிழ் News