How to proceed if there is no one to take over the management of the company? 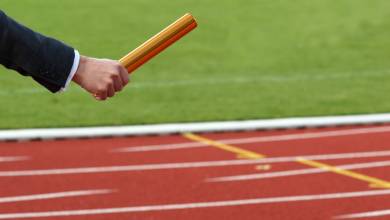 The fate of companies without their founders.

In the current, unpredictable macro environment, many companies are and may be in a difficult situation, but the risks may be magnified in the case of domestically owned companies that have been managed by their founders. Any owner who does not have a scenario for what the fate of the company would be without him, may be risking his entire life’s work – experts from the Hungarian BDO Financial Consulting department drew attention.

In most cases, the succession of domestic enterprises founded at the time of the regime change, which have now grown relatively large, has not been resolved. The founder’s children or other family members are often unable or unwilling to take over the baton, so the company must eventually be sold. However, they are often not prepared for this at all, which in extreme cases can make an apparently prosperous business unfit for sale. Róbert Tárnok, manager of BDO, pointed out that if the compulsion to succeed comes suddenly, or – which is not uncommon today – it is also accompanied by a simultaneous drop in profitability, there are already serious problems.

The founders, who have typically managed successfully for several decades and independently decide on most strategic issues, have several options. If one of their children has integrated into the company’s processes in time and has gradually taken over certain responsibilities, the network of contacts and knowledge, or even has an ownership stake in the company, everything is fine and the sustainability and future of the business is ensured, but this is the rarest case. It is much more common that the successors did not take part in the life of the company, but – perhaps due to an illness – a sudden step has to be taken. We are talking about stressed, middle-aged Hungarian people, one cannot help but think about this, especially in today’s economic environment. It also happens that instead of family members, the owner has trained some managers who can take over the tasks professionally. In such cases, they “only” need a handover scenario and recipe containing a suitable strategic plan and the related financing, which is still the more fortunate arrangement. However, if it is necessary to act within a tight deadline with a completely unprepared or even unprofitable company, it is sometimes problematic to talk about sales at the last moment.

This is a tragedy, and it is not just about the fate of one person, since the owner has relatives and employees, for whom the company is also a defining value. In most cases, these enterprises are indispensable players in the Hungarian economic ecosystem and decisively important value chains – be it the health, agricultural, automotive or construction industries – so the passing on is of prime importance from the point of view of the functioning of the country.

The preparation has specific steps, and it is good if there is someone who can point them out, set deadlines for them and stick to them. It is common that although the financial and professional control, the contact system and HR decisions are in one hand, the owner does not see from the “inside” exactly what should be handed over, since the established operating system has become natural. The point is that all this must be started at the right time, because coercion and unpreparedness have a negative impact on the potential purchase price that can be measured in 100 million. In comparison, the preparation requires only the energy and time of the leader – for example, a few hours a week – but it is almost certain that these hours produce the most value in the given period – concluded the experts.