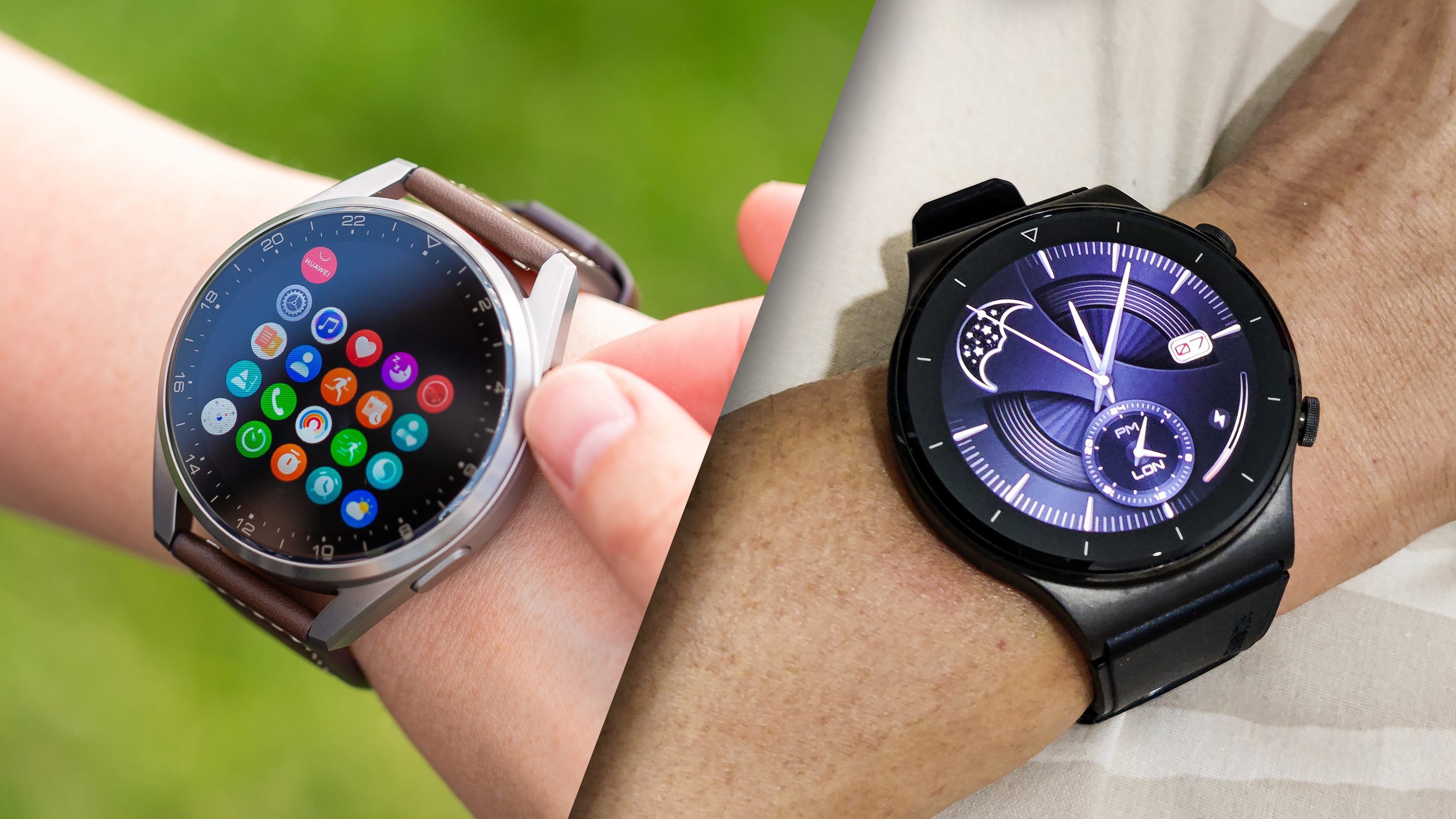 The primary function of the Watch 3 Pro and Watch GT 2 Pro is simply to tell the time and do it well while doubling up as a fitness tracker. In this sense, both of Huawei’s smartwatches rely on a round case, unlike what we have in the Apple Watch series that is square in nature. When my colleague Edwin K. reviewed the Huawei Watch GT 2 Pro, he highlighted the smartwatch as a device with “impeccable build quality”.

Personally, I haven’t had the chance to use the GT 2 Pro, but the Watch 3 Pro is truly a premium smartwatch when it comes to build quality. I’ve been testing out the device over the course of the past few days and have fallen in love with it. Despite the review unit being too large for my wrist, I have no complaints about the quality of the watch’s materials and design (at least, up until now).

However, one must point out that the Watch 3 Pro features a rotating crown, while the GT 2 Pro sports just a couple of buttons. In both cases, whether it concerns the rotating crown or the push-down buttons, such mechanisms are used to control the timepieces accordingly.

As I mentioned earlier, these are primarily smartwatches at the core, and it is without a doubt that Huawei took this opportunity to include hardware features that make them more robust for everyday use, even when you are engaged in more demanding physical activities. Therefore, both smartwatches offer a high level of water resistance (up to 50 meters or 5 ATM).

Regarding the display, we have an AMOLED display that delivers vibrant colors and darker blacks. There is no significant difference between the two, as the pixel density count is practically the same, as well as the size of the display, albeit the Watch 3 Pro carries a slightly larger viewing area. Both models offer a refresh rate of up to 60 Hz.

The screen brightness is sufficient for daytime use even under bright sunlight. This can be attributed to the smartwatch’s maximum brightness of 1,000 nits.

As you can see in the comparison table above, the two models are very similar when it comes to the number of available sensors, with discrepancies in the form of the thermometer and the maximum volume of oxygen in the blood (VO2max). I like the idea of having a body thermometer on my wrist at all times, especially when we are in the midst of a pandemic.

According to Huawei, the Watch 3 Pro has a dual GPS setup for more accurate tracking when exercising outdoors. Runners will find this useful since it offers a more accurate recording of the distance run as well as route mapping. I’ll talk more about this in my full review of Huawei’s new smartwatch, which will be published in ten days’ time.

The Watch 3 Pro is the first device from Huawei to be powered by the brand new HarmonyOS, so that is an obvious difference right from the beginning. On the Watch 3 Pro, it is possible to view apps in a grid, in addition to the possibility of downloading services directly from Huawei’s AppGallery.

Also, unlike the GT 2 Pro, the Watch 3 Pro allows you to set up fall detection which will make a call to an emergency contact in the event of detecting a fall. Personally, I found this to be a useful feature, especially for those who cycle as their main mode of transportation – like me!

Both models can be connected to Android (version 6 or higher) or iOS (version 9 or higher) devices. In order to establish a connection, you will first need to download the Huawei Health companion app.

HarmonyOS will also be available for smartwatches in the Huawei Watch line, but the manufacturer has not confirmed the list of compatible models as well as the release date.

Regarding battery life, both models have an extremely interesting feature that allows you to disable selected features in order to make the device last for up to two weeks on a single charge. Of course, this is subject to your daily usage pattern, but I do admit that two weeks of battery life is impressive, to say the least. While this means you end up with a gimped smartwatch as a number of its features will be limited, it offers a window of opportunity to still have a working timepiece while you search for a nearby power outlet.

One of the major differences between the models is in the possibility of using an eSIM card (4G networks supported) on the Watch 3 Pro, which remains unavailable on the GT 2 Pro. You will also benefit from wireless charging capability with the latest generation wearable device.

Also, there is a generous amount of RAM and internal storage on the Watch 3 Pro compared to the Watch GT 2 Pro which pales in comparison.

Huawei Watch 3 Pro vs. Watch GT 2 Pro: Is it worth the upgrade?

While the Huawei GT 2 Pro is being sold at a discount in most countries compared to its recommended retail price, this could be because the Huawei Watch 3 Pro is about to be released in due time. The lack of a sticker price tag for the Watch 3 Pro makes it more challenging to come up with a recommendation on whether to upgrade or not.

If your intention here is to own a smartwatch for long-term use, having the latest model makes more sense since it should pack in the newest hardware. However, as the two models here are almost equivalent when it comes to the availability of on-board sensors, with an intention to use it for fitness purposes without having to carry your smartphone around, then the Watch GT 2 Pro is definitely the more affordable option without having to make too much of a compromise in the user experience department.

Which do you prefer – the Huawei Watch 3 Pro or the Watch GT2 Pro?