If every major tech company is firing thousands of employees, why isn’t Apple doing the same? 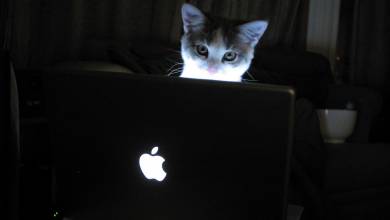 While a huge wave of downsizing is sweeping the tech sector, Cupertino is not following the trend.

Layoffs are happening everywhere in the technology industry due to declining consumption due to global inflation and economic weakness. Most recently, Spotify Technology indicated that it was planning layoffs to cut costs. THE Bloomberg according to the Microsoftbehind Facebook Meta, as well as Twitter, were forced to join, eliminating thousands and even tens of thousands of jobs recently. Technology companies started downsizing last year because the boom in demand experienced during the pandemic quickly faded. The layoffs continued this year as well, as the companies sought to contain costs in order to weather the economic downturn, writes the Reuters.

Apple is conspicuously absent from the big layoffs, as its slower hiring pace has allowed it to avoid the problems that Alphabet, Microsoft, Meta, and Amazon have run into with more employees than they currently think is necessary.

According to the analysts of the Wall Street Journal, Apple has not yet joined the other members of the group because the combination of the greater flexibility of its business and the already mentioned slower rate of admission prevented it from doing so. Apple’s headcount grew by only 20 percent between September 2019 and September 2022, to 164,000 full-time employees. By comparison, rivals have ramped up hiring, with Microsoft up 53 percent, Alphabet up 57 percent, and Meta up 94 percent over the same period.

Of course, Apple is not immune to the market either, especially since its quarter ended in December was thought to be rougher than usual due to manufacturing problems in China. Meanwhile, non-seasonal employees at Apple’s non-Store retail channels, such as Best Buy locations, were given thirty days’ notice of their layoff rights. As for its more direct employees, it is still expected that Apple will try to reduce their numbers. Tom Forte, DA Davidson & Co according to its leading analyst, the downsizing could be implemented simply through employee attrition, if employees who decide to leave are not replaced.

It’s also possible that Apple will introduce cuts or changes to employee benefits. It no longer provides free lunch to employees on its corporate campus, while Google and Meta maintain this service unchanged. But Cupertino residents are expected to face cost cuts in other benefit areas as well. Like that Apple Insider reminds us, the last time the company made a mass layoff was in 1997, when Steve Jobs returned. At the time, about 4,100 employees were let go to cut expenses.