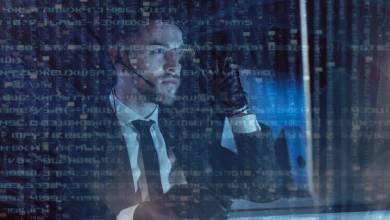 Not only ordinary computers are at risk from hackers, but also industrial equipment. Attacks against such professional devices are less talked about, even though the extent of the damage caused can be huge in these cases as well.

The most critical issues were identified in Siemens’ SINEC INS system, which could lead to remote code execution via a path traversal (CVE-2022-45092, CVSS score: 9.9) and a command injection (CVE-2022-2068, CVSS score: 9.8) flaw. Siemens also fixed an authentication bypass vulnerability in the llhttp parser (CVE-2022-35256, CVSS score 9.8) and an out-of-bounds write flaw in the OpenSSL library (CVE-2022-2274, CVSS score 9.8) that could be exploited for remote code execution. The German automation company has already released Service Pack 2 Update 1 in December 2022 to eliminate bugs.

“An attacker can exploit this fact and bypass Historian authentication by pretending to be a local service. This allows remote attackers to log into any GE Proficy Historian server and force it to perform unauthorized operations,” said Uri Katz of Claroty security researcher of an industrial security company.

CISA also updated its ICS advisory published last month, which details a critical vulnerability (CVE-2022-44456, CVSS score: 10.0) in the Contec CONPROSYS HMI system that could allow a remote attacker to send specially crafted requests to arbitrary to run commands. Although this flaw was fixed by Contec in version 3.4.5, the software has since been found to be vulnerable to four additional bugs that could lead to information disclosure and unauthorized access.

Users of the CONPROSYS HMI System are recommended to upgrade to version 3.5.0 or later and take steps to minimize network exposure and isolate such devices from business networks.

The warnings come less than a week after CISA issued 12 similar warnings warning of critical flaws in software from Sewio, InHand Networks, Sauter Controls and Siemens.