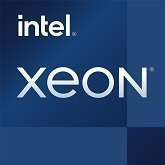 The latest information, shared by YouTube user “Moore’s Law is Dead” in his latest video, suggests that Intel’s next generation Sierra Forest server processor lineup is set to offer over 334 cores, Granite Rapids-SP 132 cores, and Granite Rapids-WS (chip for workstations) 86 cores. The Granite Rapids family is to focus on P-Core (Performance) and Sierra Forest is to be optimized for computing density and use E-Core (Efficient). What else have we learned? 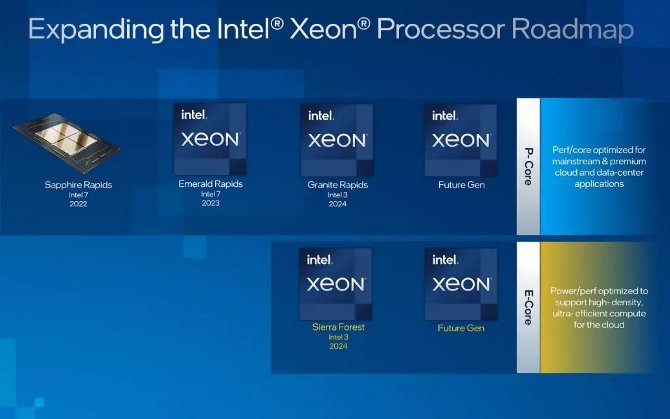 Starting with the Sierra Forest units, the Intel Xeon series processors will be geared towards the highest performance per watt to handle complex computing for cloud services. The huge number of cores in the Sierra Forest family is to be distributed among 4 special tiles, so each such tile will have a maximum of 86 cores. Other information suggests that there are also plans for an even more powerful version of this processor, which is to have over 528 cores, which would be divided into 132 cores per tile. However, the version with 512 cores is more realistic, because one group will most likely be disabled. Given this information, it’s clear that Intel wants to compete with everything from AMD. Currently, it can only compete with standard EPYC units, but Sierra Forest processors will be a direct competitor to upcoming, performance-optimized EPYC processors – such as the upcoming Bergamo family with 128 Zen 4c cores and the upcoming Instinct MI300 accelerators. The Sierra Forest series is expected to come out in 2024 and utilize the Intel 3 process in its lineup.

The upcoming 6th generation of the Intel Xeon scalable processor family – Graphite Rapids-SP – is expected to bring very big changes. From the available information, it is known that the latest generation is to use the Intel 3 process (previously called 5 nm EUV). These processors are to be released between 2023 and 2024, and earlier the Emerald Rapids family, which are refreshed Sapphire Rapids units, will be offered. This information also shows that these units are to be based on the “Redwood Core +” core architecture and have an increased IPC of about 25%. They are to be divided into 3 tiles, and each of them will be able to accommodate up to 44 cores, although in total they will still have 128 cores (several cores will therefore be disabled). On board, the processors will also have a 12-channel DDR5 RAM controller, an extensive PCIe Gen.5 lane section (though no specific numbers yet), support for CXL Gen.2, and their premiere is scheduled for the first quarter of 2024. 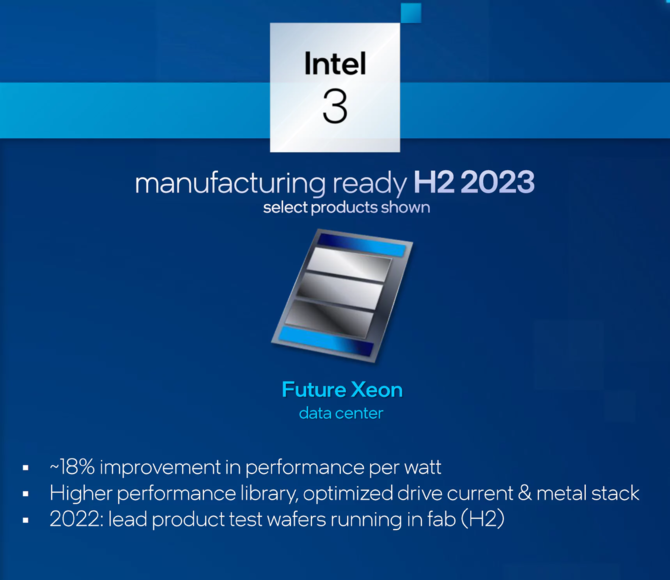 Finally, the MLID information talks about the successor to Sapphire Rapids-WS (Workstation). This family will essentially be based on the DNA of Graphite Rapids and will utilize 2 to 3 tiles and have up to 88 cores, although only 86 cores will be available (two cores are to be deactivated). Similar to the AMD Ryzen Threadripper systems, the Graphtie Rapids-WS will only have a single I/O cube. It will probably only use a 6-channel DDR5 RAM controller, although the upcoming Sapphire Rapids-WS will have 4 and 8-channel controllers, but this change will allow Intel to unify the entire future platform. Whether the Graphite Rapids-WS will be able to compete with the upcoming Threadripper 7000, which will have up to 96 cores, is still a mystery. Team Blue has the upper hand on IPC, unless AMD releases the Zen 5 platform as soon as next year. 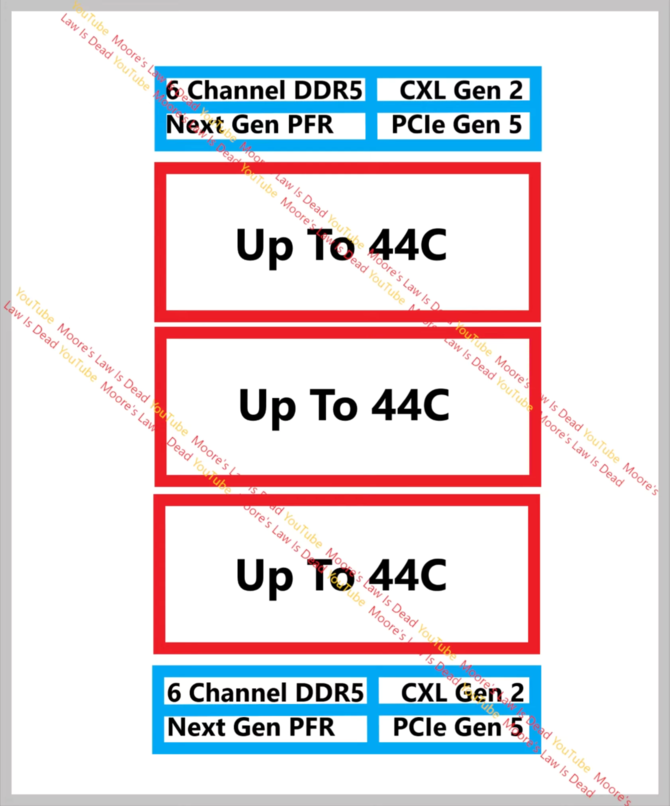 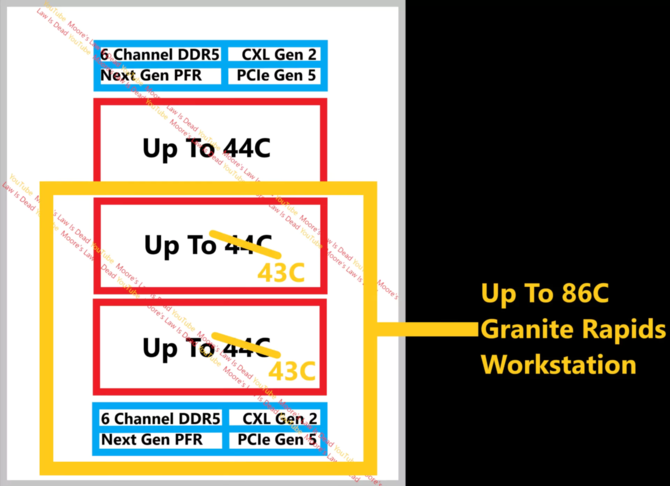