Is there so much meaning behind this?? The celebrity who decoded the trailer of “Varisu” as Akvar Anivar…

Vijay’s film “Varisu” is slated to hit the theaters on the 11th of Pongal Day, and the trailer of the film was released yesterday evening. Although Vijay looks very massy in the trailer, the way the trailer was made did not impress the fans. Especially the lines spoken by Vijay in the trailer are being trolled by netizens. Meanwhile, veteran journalist Seiyaru Balu has shared interesting facts behind Vijay’s dialogues in the movie “Varisu” in one of his interviews. In the trailer, Vijay speaks to his mother on the phone and says a line that says, “Every place is our place”. That means “Ajith is number one in Tamil Nadu, but Vijay is number one in states like Kerala, Karnataka, Andhra Pradesh and abroad. Warisu’s business is booming right now, especially in countries like London. “Vijay speaks that verse referring to this,” said Seiyaru Balu.

Also Read: Do you know how this classic comedy was created? Don’t be surprised.. 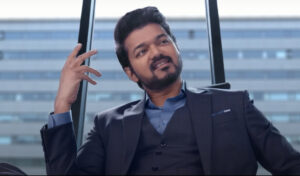 Also in the trailer, Vijay said, “Heat is not on the ticket. There will be a verse that says, “It is suitable for the person who sits at it.” That verse appears to be the verse for Vijay’s political entry. It is also noteworthy that Seiyaru Balu had said in the episode that Vijay is saying that “I am ready to sit on the seat of the leader”.

If you are looking for a new monitor...