Is there such a reason why Nayanthara is not acting with Kamal Haasan?? Don’t know this!!

Nayanthara is currently the top actress of South India. And lately she has been acting as the lead female lead in women centric films. Nayanthara has acted in many films with leading actors in languages ​​like Tamil, Telugu and Malayalam. Nayanthara is currently acting in Atlee Bollywood’s ‘Jawan’ opposite Shah Rukh Khan. Although Nayanthara has acted with top actors like Rajini, Ajith, Vijay, Simbu, Dhanush, she has never acted in a film with Kamal Haasan.

Fans are eagerly waiting for Nayanthara to act in at least one movie with Kamal Haasan, but there is no confirmation for it till now. In this situation, famous producer and actor Chitra Lakshmanan has shared his opinion in a video about Nayanthara not being paired with Kamal Haasan.

Also Read: Ilayaraja, who turned his face in anger because he asked Ganga Amaran to compose the music, will not see his own brother. 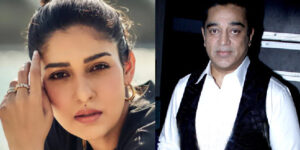 “There are many reasons why Kamal Haasan and Nayanthara are not acting together. In particular, in the films that Kamal Haasan is acting in now, the story structure is also a reason. Shouldn’t it have suitable roles for Nayanthara? Chitra Lakshmanan had said in the video that Nayanthara can be cast in the role only if it is a role that gives Nayanthara a job.