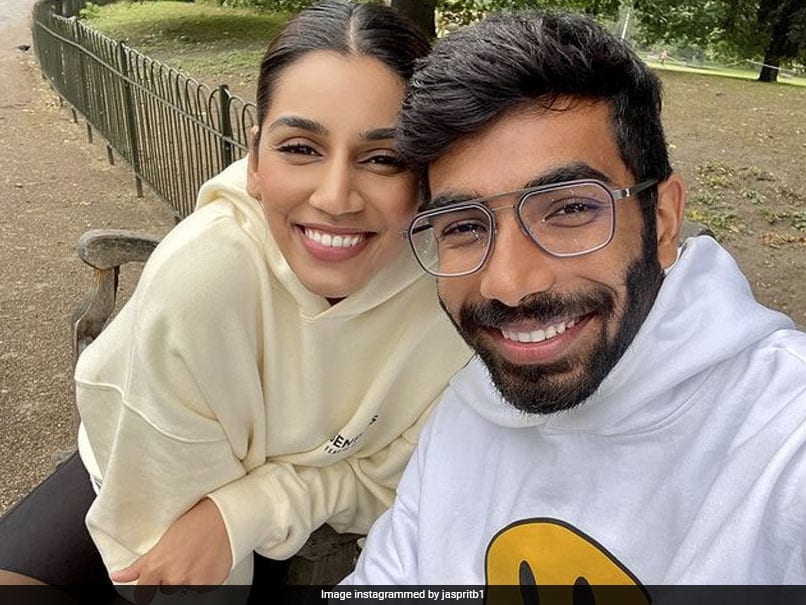 
The Indian Test team is on a three-week break in England after the World Test Championship final against New Zealand. As the players will soon be thrust back into a bio-secure bubble for over a month for the five-match Test series against England, they are making the most of their break, and as a result, fans have been treated to some beautiful pictures from their adventures. Fast bowler Jasprit Bumrah on Wednesday took to Instagram to share an adorable selfie with wife Sanjana Ganesan.

“Smiling at you,” he captioned the picture.

Ishant Sharma and Mayank Agarwal used their free time to visit Stonehenge, the famous prehistoric monument, along with their partners.

Ravindra Jadeja too shared a picture on Instagram from a scenic location, while captain Virat Kohli and his wife Anushka Sharma shared a selfie after “sneaking a quick breakfast”.

Rohit Sharma and Ajinkya Rahane went on an outing with their respective families and shared a picture from their “babies’ day out”.

The team arrived in the UK for the WTC final, which they lost to New Zealand.

They will, once their break ends, enter the bio-secure bubble for the five-match Test series against the hosts.

The matches will be played at Trent Bridge, Lord’s, Headingley, Oval and Old Trafford.

The series is set to kick off the second cycle of the World Test Championship.

Bumrah is expected to play a key role for the team. The fast bowler missed a majority of India’s home series against England earlier this year as he took leave to get married to TV presenter Sanjana Ganesan.