Megaman X Dive For Android Is Available For Pre-Registration 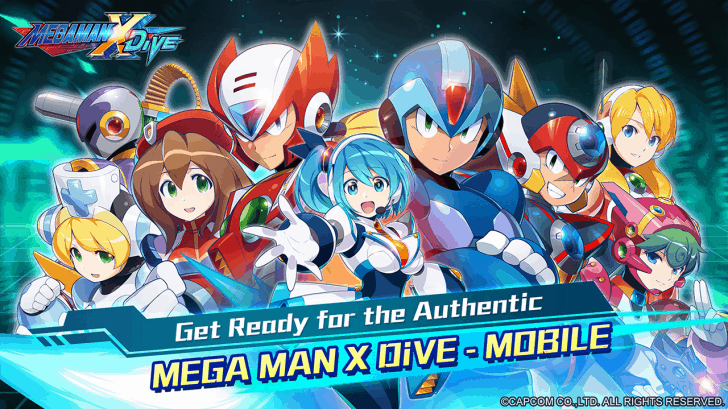 
Fans of the Megaman franchise should love the fact that it’s coming to mobile devices. As spotted by Android Police, the new mobile game, Megaman X Dive is available for pre-registration on the Google Play store. There’s no word on when we can expect this to officially launch, however.

What is Megaman X Dive?

Megaman X Dive is an action platform shooter which has you blasting your way through levels of enemies. It’s a 2D platformer, but all of the characters are 3D rendered models. Based on the beta that was released a while ago, there is a large collection of characters that you can play as.

This game was originally announced back in 2019, but it wasn’t released in the states. Capcom released a very limited beta to the Asian market last year. The beta window was actually only four days.

As for the gameplay, it doesn’t seem that Capcom strayed far from what made the franchise famous. It’s a lot of running, jumping, and shooting. It’s pretty straightforward at first glance. You use the virtual control stick to move the character and the big button on the right to shoot.

Along with your regular attack, there’s the option to use specials. On the right side of the screen, there are separate buttons that do different special attacks. After you use the attacks, there’s a cooldown period. This seems like a fun reimagining of the classic formula that the series is known for.

There is a catch, however

Folks who are expecting a classic Megaman experience will be disappointed. Megaman X Dive falls into the gacha category. This means that there are a lot of microtransactions involved. The main gacha tropes are present with this game. This includes the multitude of currencies that you earn or buy.

There are the classic gold coins, the premium tokens which are rare to find, a certain currency to updgrade your characters, a different currency you use to sommon characters, and more. Getting the best of the best in this game will likely require you to take out your wallet.

You also have one of the most hated gacha features, the play energy. This is the energy that you need to play levels. When you run out, you will either have to wait for it to refill or pay for more.

Since the game is already ready for pre-registration, then it shouldn’t be too long before it’s available. If you’re interested, you can pre-register today.

Source: Joe Keller / iMore I can't believe it — the end of July is fast approaching, and we're about to enter August in...

DeepMind AI Says Will Release Structure of Every Protein Known to Assist Researchers...