Microsoft is reportedly pumping $10 billion into OpenAI, the owner of ChatGPT 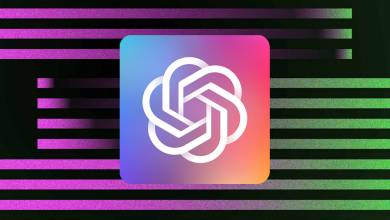 This would not be the first time that Microsoft would invest in OpenAI, as it already invested 1 billion dollars in the company in 2019.

Microsoft is in talks to invest about $10 billion in OpenAI, the owner of the popular ChatGPT chatbot, according to a report by business news site Semafor, citing people familiar with the matter. After the investment, the company’s value would rise to around $29 billion. The deal was planned to be closed by the end of 2022, but it is not clear whether it has already been finalized, the newspaper reports.

The Wall Street Journal last Thursday reported that, that OpenAI is in talks to sell its existing shares in the company in a takeover bid that would value the company at $29 billion. According to the paper, large venture capital firms such as Thrive Capital and Founders Funds have also discussed investing at least $300 million in the share sales.

As part of the current deal, Microsoft proposes to receive 75 percent of OpenAI’s profits until its investment is recouped, after which Microsoft wants to take a 49 percent stake in the company. Other investors are expected to own an additional 49 percent of the company, while OpenAI’s nonprofit parent company would hold the remaining stake according to Semaphore.

It wouldn’t be the first time, when Microsoft would invest in OpenAI, since it already invested 1 billion dollars in the company in 2019. The Information already reported in October that Microsoft wants to increase its investment in the startup. (OpenAI, which researches artificial intelligence, was founded in 2015 by, among others, Sam Altman and Elon Musk.)

It recently made waves with a platform called ChatGPT, launched in November, for its ability to generate human-like written text. The ChatGPT he was so fired upthat Google’s management also issued a “code red” because of the potential rival, The New York Times reported in December.

Nothing is set in stone about this plan and it could fail completely. It’s interesting that these details have come to light, though, given that Microsoft reportedly wanted to integrate ChatGPT into Bing to gain an edge over competitors like DuckDuckGo and Google. Neither Microsoft nor OpenAI have commented on these rumours – noted Neowin about the deal.