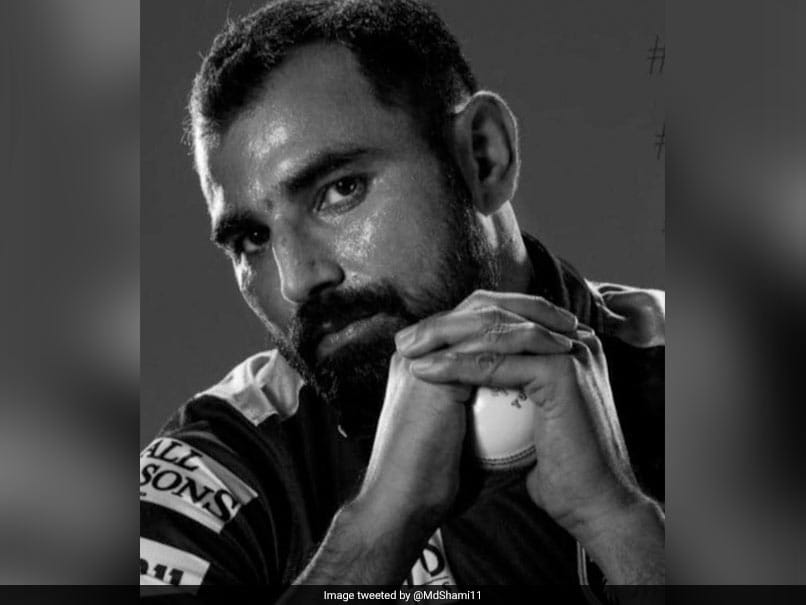 India fast bowler Mohammed Shami, on Saturday, posted a black and white photograph of himself in Punjab Kings jersey on Twitter using the hashtag #SaddaPunjab. In the photo, Shami is seen looking straight at the camera. He is also holding a white ball, which is used in the limited-overs cricket. While Shami’s classic black and white photo created a buzz on the microblogging site, it was his India teammate Umesh Yadav, who stole the thunder with his response. “One of the best picture Shami,” Umesh wrote in the comment section, along with a red heart emoji.

One of the best picture shami

One user wished him luck for the upcoming World Test Championship (WTC) final.

“Best of luck Mohammed Shami for the WTC final against New Zealand. We all hope you do well for India and take more wickets,” wrote the user.

“Shami bhai, we need a sensational performance from you in the WTC final,” commented another user.

A third user complimented Shami for the photo using star-struck and heart-eye emojis and wrote that he looked “a class apart”.

Looking a class apart by this pic bro

Shami was last seen on the cricket field during Indian Premier League (IPL) 2021, which was postponed. He was part of the KL Rahul led-led Punjab Kings squad.

According to a report in PTI, the Board of Control for Cricket in India (BCCI) is likely to lock in a three-week window between September 15 and October 15 for the resumption of the IPL in the UAE.

Shami will next be seen in action during the WTC final against New Zealand, which begins on June 18 in England. It will be followed by a five-match Test series between India and England.

Health news do you making these mistake during weight loss lak