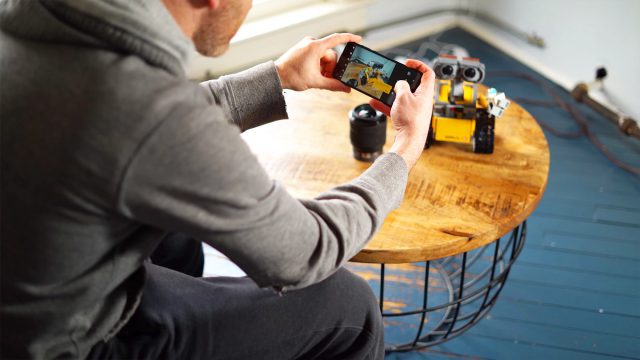 
Remember back in the day when cameras were first introduced to phones? They were extremely low VGA quality, but the novelty of having a camera in your pocket all the time was simply too good to pass up on. These days, we’ve come a long way and we’re seeing phones with cameras with over 100MP sensors.

That being said, come 2022, those 100MP sensors are going to look tiny because according to a tweet by Ice Universe, Motorola will apparently be the first smartphone manufacturer to adopt a 200MP camera in a future smartphone. The tweet claims that Motorola will be the first to do so, followed by Xiaomi in the later half of 2022, and then by Samsung in 2023.

200MP camera will be adopted by Moto first, then by Xiaomi in the second half of next year, and by 2023, Samsung will adopt 200MP.

That being said, we have to wonder at what point does it start being a bit excessive? Megapixel count typically refers to the resolution of a photo that a camera can take, so obviously a higher megapixel count means a higher resolution. This is useful if you plan to print your photos in larger formats like a poster or a billboard, where the higher resolution nature means you won’t lose as many details.

The problem is that not many people actually print their photos and we usually share these photos on social media where they’re not only compressed, but they’re viewed on smaller screens, so if anything, megapixel count is just another way of marketing a handset. In any case, we’ll have to wait until 2022 to see which Motorola phone will be the lucky recipient of this new sensor.

How to Cook Broccoli in a Healthy Way and Get its all Nutritional...

Benefits of Ghee know Cow or buffalo know which ghee is beneficial for...

The Legend of Zelda: Breath of the Wild is the cheapest it’s ever been...