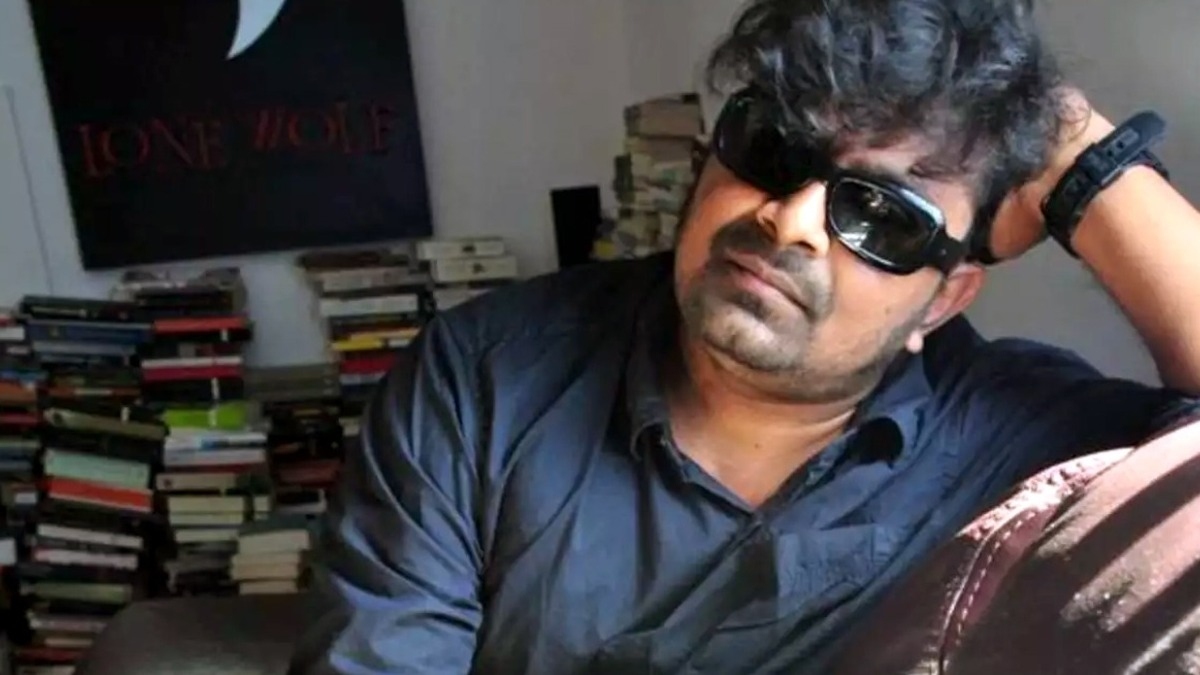 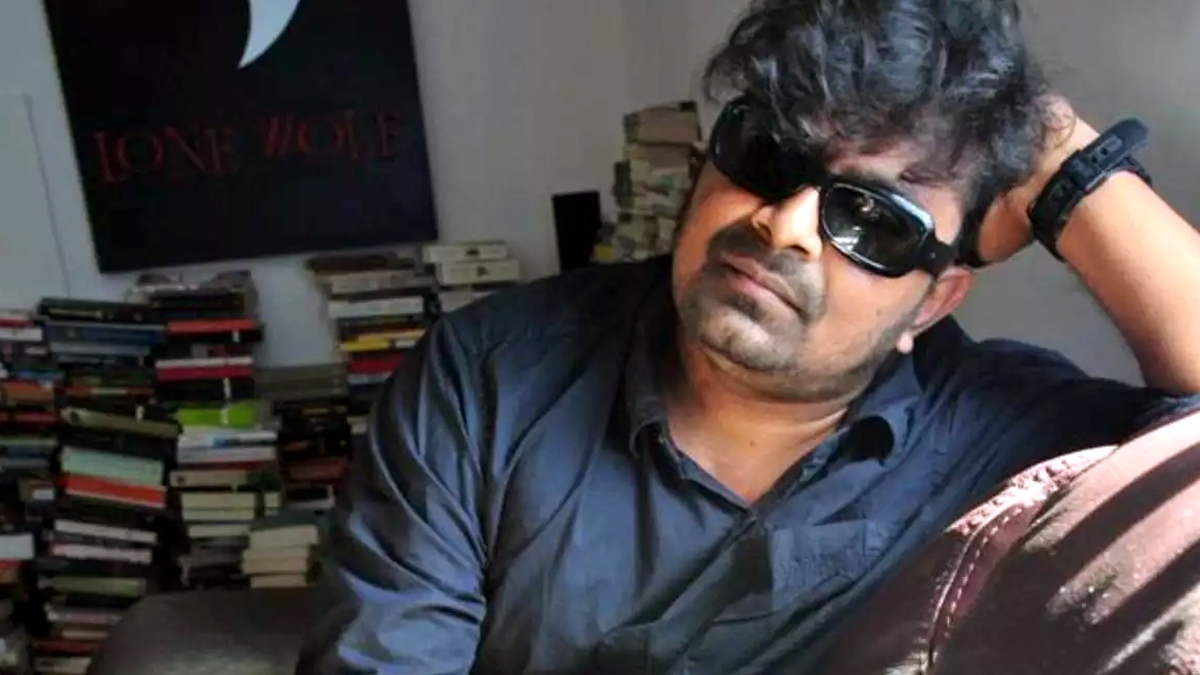 Earlier, Mysskin left from the sequel project of his detective thriller ‘Thupparivalan’. Then, the director went on to begin another sequel work: the next installment of his other highly acclaimed horror film ‘Pisaasu’.

Andrea Jeremiah, who is known for opting content-oriented projects and sporting bold roles, is the leading lady of ‘Pisaasu 2’. T.Muruganandham of Rockfort Entertainment is producing this venture. Ace musician Karthik Raja is making a re-entry to Kollywood with Pisaasu 2.

Today, the first look poster of the film was released by director Vetrimaaran. The first look features a woman smoking with her legs dangling outside a bathtub. Probably, Andrea is the woman who is smoking in the poster.

The first look is so stylish, elegant and gives out a world-class vibe. The colours and palette in the poster looked so rich. Mysskin seems to have made an intriguing horror thriller on par with International horror films. The first look poster also revealed that Pisaasu 2 will hit the theaters within the end of 2021. 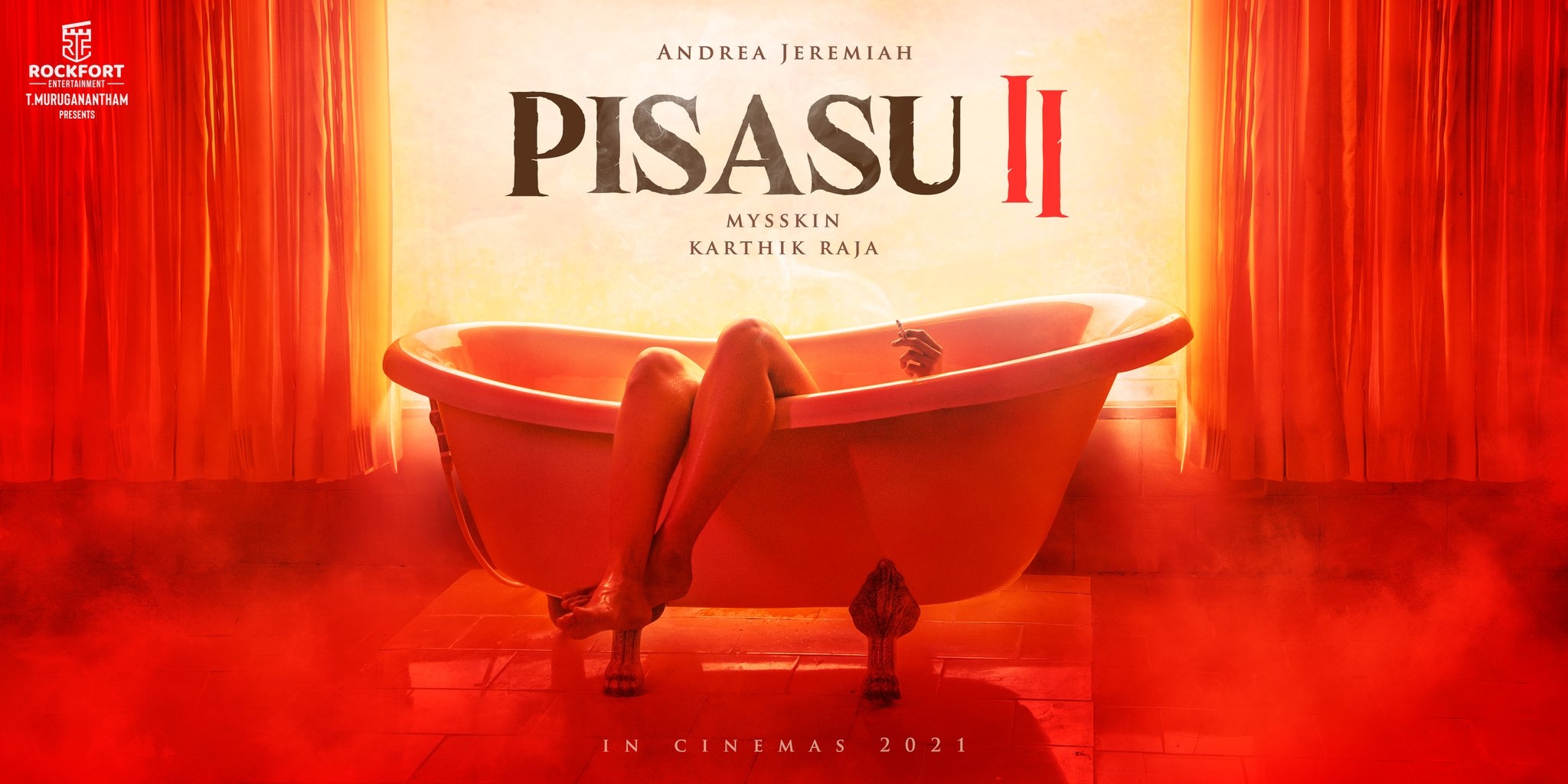 Interestingly, Andrea’s look from the Pisaasu 2 was released in December 2020. That monochrome poster featured the actress in a vintage costume, which was later said to be inspired by a photo of the actor’s grandmother.

Also starring Poorna and Santhosh Pratap, Pisaasu 2 will feature a cameo by Vijay Sethupathi. According to sources, the film will be releasing in Telugu as well. Rumours stated that actor Atharvaa might be the male lead in this sequel but there was no official word to confirm the speculation. Stay tuned for more updates.

Elated to release first look of my latest flick #pisasu2#Pisasu2FirstLook