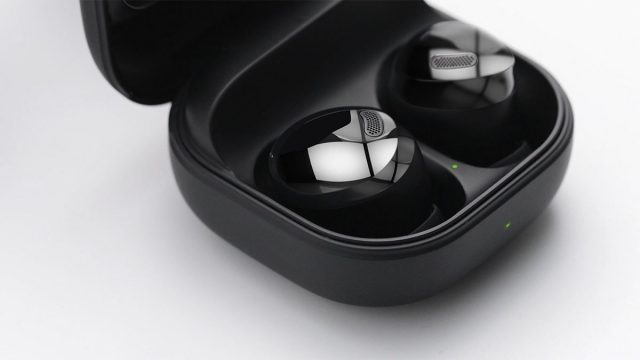 Unlike the Buds Pro, which is only available in a couple of colors, the Galaxy Buds 2 are set to be available in five different colors. There are the black and white options that you would expect to see. But we’ll also have a green, lavender, and even a yellow color that we haven’t seen before. Unfortunately, it’s not known whether the cases will match the colors, or if Samsung will go for a more simplistic route.

By accessing this plugin, the developer was able to essentially install the app on his phone, revealing many of the different features that will be available. This includes active noise canceling, along with customizable gesture controls. You’ll be able to customize the different touch and hold gestures based on each earbud.

Since the Galaxy Buds 2 aren’t expected to replace the Buds Pro, there are some features missing. One of these features is the ability to manually control the ANC levels. Instead, it seems that we’ll only have the ability to turn ANC on or off.

The battery information was also revealed, as each earbud will feature a capacity of 61mAh, while the charging case will come with a 472mAh battery. Of course, this doesn’t tell us how long the headphones will actually last. But we are expecting to see some pretty solid battery life if the Buds 2 are to replace the Buds+ in Samsung’s headphone lineup.

The next Samsung Unpacked is rumored to take place in early August. It’s here where we’re expecting to see the Galaxy Buds 2 announced alongside Samsung’s next lineup of foldable smartphones and the company’s next-generation smartwatches.