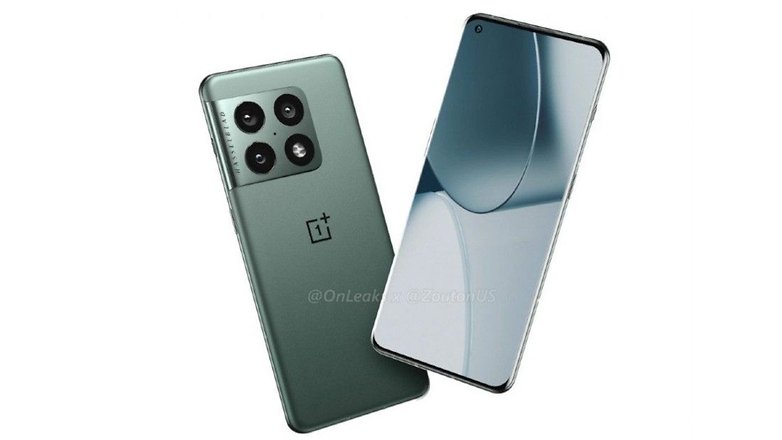 
The OnePlus 10 Pro is going to be one of the most exciting Android phones of next year, succeeding the OnePlus 9 Pro. Rumors have now revealed a lot of the internal specifications of the device so we can set our expectations accordingly.

The OnePlus 10 Pro is having a tough fight ahead. Expectations about the device are elevated mostly by the excellent performance of its predecessor that currently holds the “best gaming android phone” title in our lists.

This is of course an impressive feat since the Android device basically competes with niche gaming smartphones like the ASUS ROG Phone 5 and still manages to come on top, mostly because of the low price and a balanced set of features. Apparently, with the new information provided by OnLeaks (via 91mobiles), we can imagine what the upcoming fight for flagship superiority is going to look like in the future.

The OnePlus 10 Pro that is expected to launch globally by April, is going to feature a wide set of specs that already place it at the top of the phone food chain. According to the leak the device is coming with a huge, 5000mAh battery, a Snapdragon 8 Gen1 by Qualcomm, and a high refresh rate, QHD+ 120Hz screen at 6.7 inches.

The device will supposedly come in two memory/storage configurations of 8GB/128GB and 12GB/256GB. The memory will be paired with the Qualcomm Snapdragon 8 Gen1 that will see the light of day soon (on November 30th) and marks an important change in the naming scheme of the chip giant.

Speculating further, the OnePlus 10 Pro is said to have a 48MP primary shooter, a 50MP ultra-wide and, an 8MP telephoto with 3.3x zoom on a square camera bump. On the selfie side, we expect to see a 32MP camera inside the typical punch-hole cutout that we have been seeing for a few years now on devices.

Some extra information points to a 125W charging capacity, but details about the fast charging capabilities are not yet known, but the OnePlus 10 Pro will be IP68 rated for that provides a little extra protection for this massive battery.

Relevant: Google Pixel 6a leaked? Take a look at the renders!

Do you think the OnePlus 10 Pro will take the “Best Gaming Phone” from the hands of its predecessor? Let us know in the comments!

Facebook is putting in additional steps to protect accounts at the most risk of hacking or malicious attacks. The social media giant...

India vs New Zealand: “I Have Been Unlucky Sometimes”, Says Shubman Gill

misbehavior with this Crime Patrol’s ex actress, obscene demand in the name of...