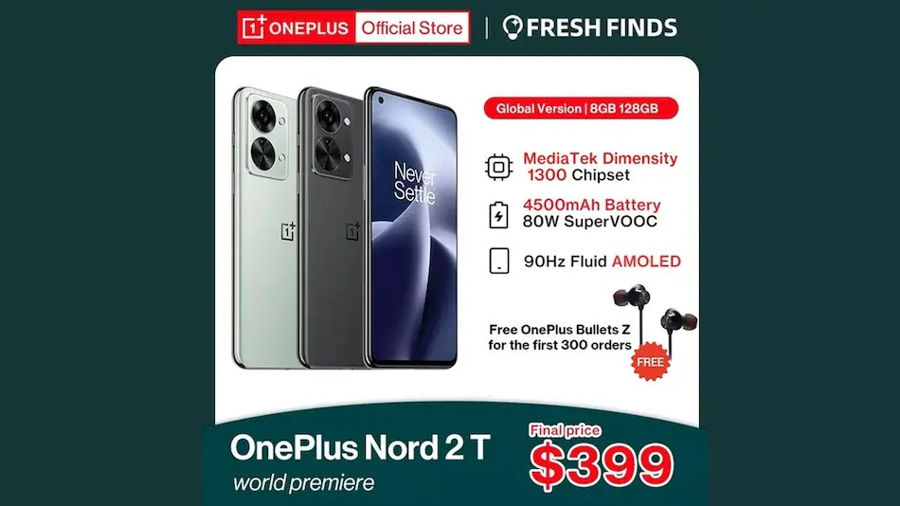 
It seems that for 2022, OnePlus is making a huge push with its budget handsets. The OnePlus 10 Pro is the only flagship from the company so far, and we’ve seen a ton of Nord smartphones as well. But it looks like OnePlus isn’t done with its budget phones just yet.

According to a recent listing on AliExpress, an e-commerce website that primarily deals with retailers based in China, it seems that OnePlus could have another Nord phone in the works called the Nord 2T.

Based on the listing, the phone will apparently be powered by the MediaTek Dimensity 1300 chipset, meaning that it won’t be a particularly powerful handset. It will also feature a 4,500mAh battery with 80W charging, and will feature an AMOLED display with a 90Hz refresh rate. Other than that, not much else is known about the phone.

Now, it is possible that this phone might not be the real deal. Retailers are known to have gotten listings wrong in the past where they might use a photo or name as a placeholder, so there’s a chance this might not be 100% accurate.

At the same time, there have been whispers that the Nord 2T is in the works and that some of its other rumored features include a triple rear camera setup (although the photos suggest otherwise) and could come with as much as 8GB of RAM. In any case, we suppose we’ll just have to wait until an official announcement has been made, so until then it’s best to take this with a grain of salt.

How to Increase Hair Volume and Density Naturally