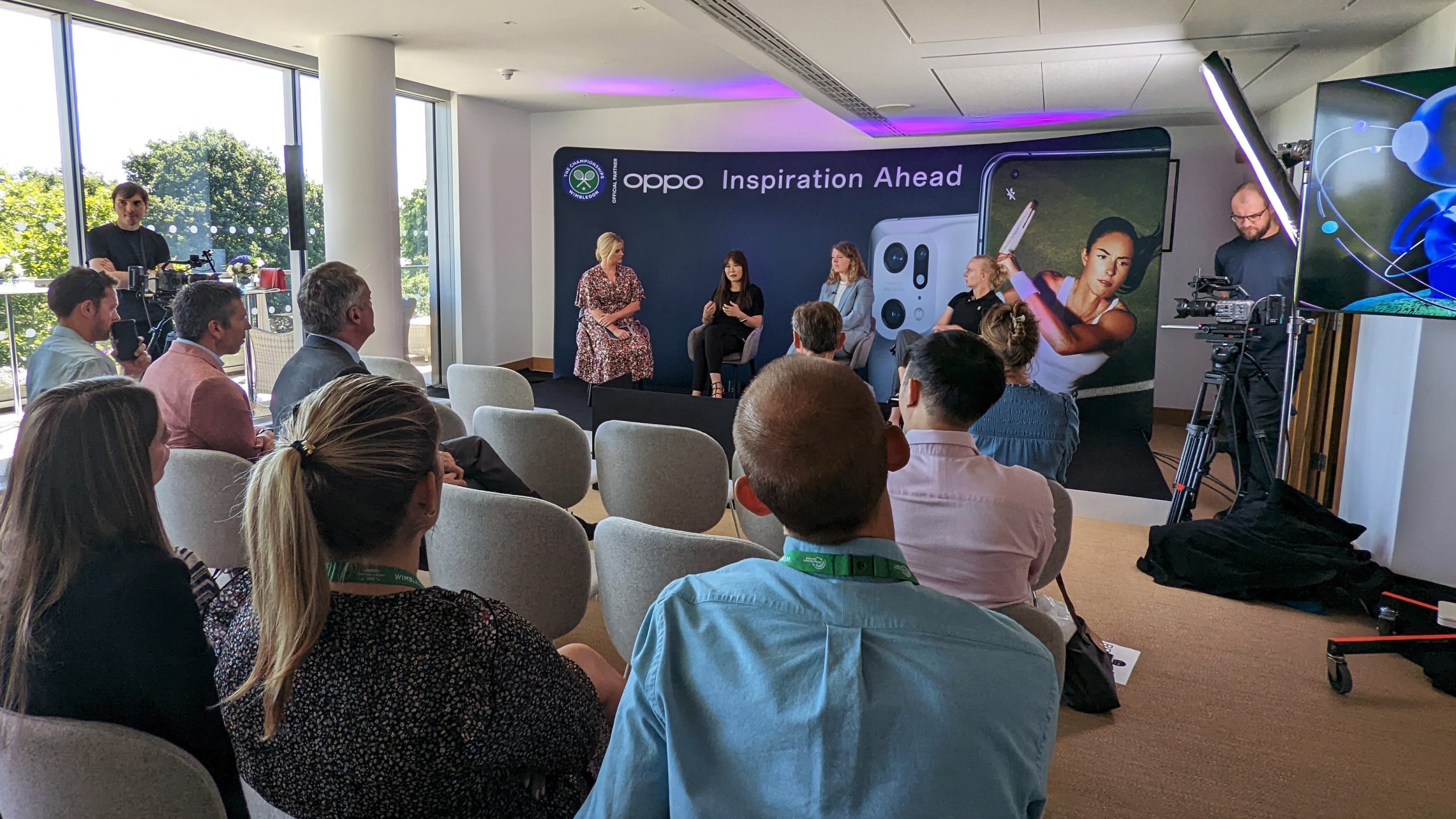 
OPPO’s continued growth in the international market has paved the way for the brand’s global recognition, transcending beyond smartphones and consumer electronics and leading to several partnerships with big names in multiple industries. As such, the company’s UK division in collaboration with the All England Lawn Tennis Club (AELTC) and Wimbledon recently promoted the partnership between the two entities in a media workshop held on June 22, 2022, at the All England Lawn Tennis and Croquet Club grounds.

With OPPO’s tagline of “Inspiration Ahead” serving as the theme for the day, the event was attended by key personnel from OPPO, Wimbledon, as well as members of tech media and guest organizations. A panel of key speakers for the event included Charleen Fang, Managing Director for Oppo UK, Alexandra Willis, Communications and Marketing director for Wimbledon, Pro Tennis Athlete Francesca Jones, and Sports Broadcaster Catherine Whitaker.

Speaking about the partnership between Wimbledon and OPPO, Willis stated “We’ve got shared values in terms of what we’re trying to achieve, which is to stay true to who we are and the characters of our individual and respective brands.” She added that both organizations are looking ahead to leverage innovation through underlying smartphone technology to “bring life to the beauty and relevance of Wimbledon.”

OPPO’s current flagship, the Find X5 Pro, was likewise highlighted at the event. Speaking on behalf of OPPO, Fang described the device as one of the best ways that fans experience the Wimbledon games, thanks to the bright and colorful high-resolution display, powerful cameras, and fast 5G data speeds, which according to her has been able to give people more immersive experiences everywhere in the world.

Fran Jones also shared her experiences regarding Wimbledon and the prestige surrounding it. “When I was younger, I was much more into my academics and I was into my sport, and it was actually a trip to Wimbledon that really pushed me to think, ‘I really want to experience this as often in my life as possible…’ when I first decided to start playing tennis, I was really pushed by how inspired I felt.”

The OPPO and Wimbledon partnership officially began in 2019, around the same time that the Chinese tech brand entered the UK market. Since then, it has been a sponsor and partner of the Wimbledon Championship games. Both organizations also manage the OPPO and Wimbledon Breakthrough Award, which is aimed to “convene, inspire, engage, and enable leaders for change.” Last year’s awards winner was Emma Raducanu, who won the 2021 championships.

The press conference was followed by a question-and-answer segment with queries from members of the audience, as well as questions from viewers streaming the event on the internet. A quick demo of OPPO’s augmented-reality software (currently in development) was likewise shown afterwards. Members of the press were also given a tour of the stadium, in which they were able to try out the cameras on the OPPO Find X5 Pro.

As the Season of Go presses on, Dialga is returning to Legendary raids. Fortunately, we here at iMore have everything you need to...