Percy Jackson and the Olympians

Percy Jackson & the Olympians is a series of five novels written by author Rick Riordan. The books are set in a world with the Greek gods in the 21st century. To date more than 180 million copies have been sold worldwide.

Our hero is Percy Jackson, a young half-blood. His father is Poseidon, and his mother is human. As a teenager, Percy he discovers that ancient monsters are trying to kill him but finds even more demigods like him in Camp Half-Blood, a training camp in Long Island.

With his best friend Grover Underwood, and his friend Annabeth, he must journey across mystic worlds fighting battles for the gods against the Titans.

It’s an epic series of books, and in 2010 the first book was adapted into a film called Percy Jackson & the Olympians: The Lightning Thief.

But now there’s a new Percy Jackson & the Olympians tv series making its way to Disney+and we couldn’t be more excited.

So when will it be dropping on Disney+ and what is it all about?

We have good and bad news regarding Percy Jackson and the release date for the brand new series on Disney+.

A teaser trailer was dropped (see above), and we know who will be in it. We even know that filming began in June 2022.

What we also know is that we will have to wait until early 2024 to see it.

So if you expected it to drop on Disney+ any time soon, then you’re going to be disappointed. At the time of writing this article, it is still being filmed.

What Is Percy Jackson and the Olympians About?

Created by Jonathan E. Steinberg and Dan Shotz, the series will have eight episodes and will be streamed exclusively on Disney+.

The first season is based on The Lightning Thief, the first of the original books. This is our introduction to Percy who must lead a quest across America to prevent a war among the Olympian gods.

Watch Percy Jackson and the Olympians For Free?

I would not advise anyone to use illegal streams. Instead, you can sign up for Disney+ for a small initial fee and then cancel before you are charged for the month following.

This will give you access to Percy Jackson and the Olympians when it airs.

Occasionally, Disney+ opens up its streaming service for free. This has happened a few times since the service launched, like when they allowed non-subscribers to watch FREE GUY (21 Sep 2021) so it’s worth keeping an eye out for.

If a free day/weekend is announced, be sure to sign up and take advantage of it! 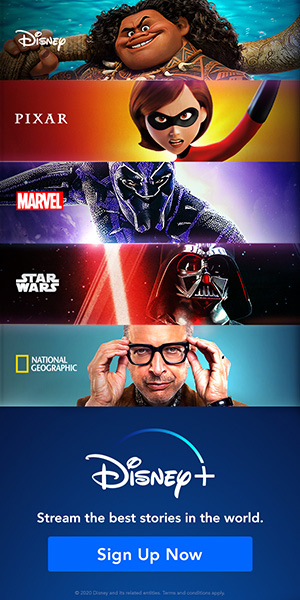 Percy Jackson and the Olympians Cast

Leah Sava Jeffries as Annabeth Chase, the daughter of Athena who has been training at Camp Half-Blood

Aryan Simhadri as Grover Underwood, Percy’s best friend and a satyr who is disguised as a 12-year-old boy

Jason Mantzoukas as Dionysus, the head of Camp Half-Blood

Charlie Bushnell as Luke Castellan, the counselor of the Hermes cabin

Adam Copeland as Ares, the daring god of war

You can also expect to see guest appearances from some famous faces including Lin-Manuel Miranda as Hermes, Jay Duplass as Hades and Timothy Omundson as Hephaestus.

Share
Facebook
Twitter
Pinterest
WhatsApp
Previous article
They said they will buy CSK in the auction; But… – Interview with Sri Lankan Tamil cricketer Vyaskanth!
Next article
fast charging, water resistance and many accessories for less than you imagine