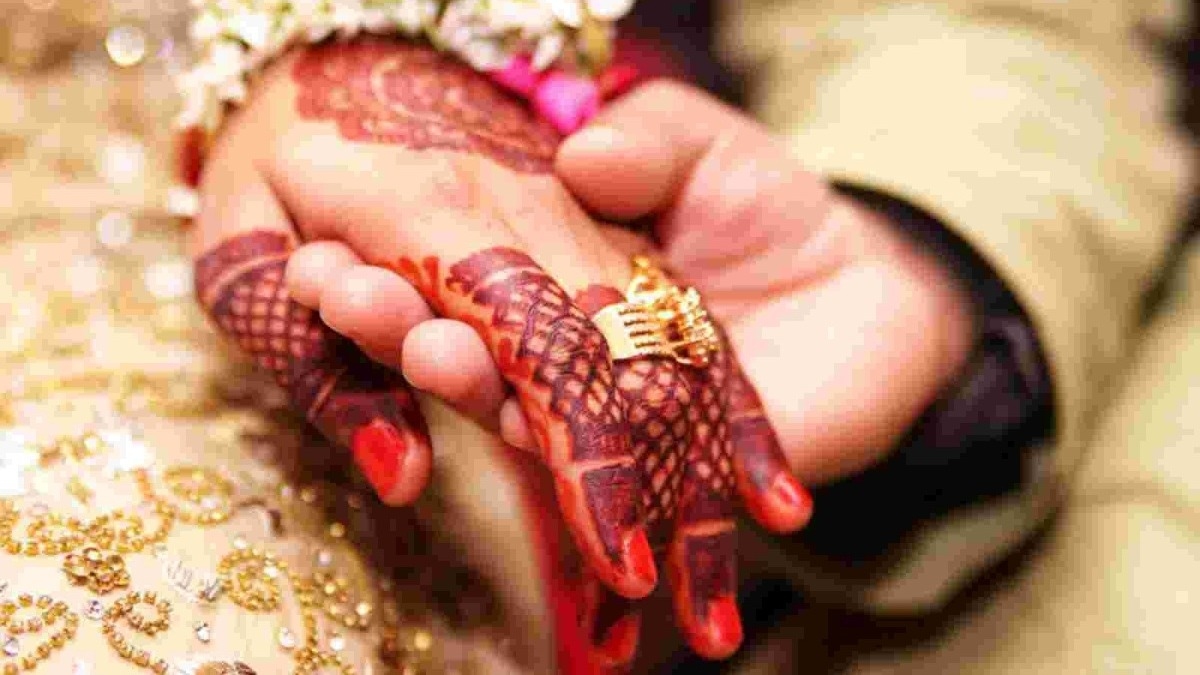 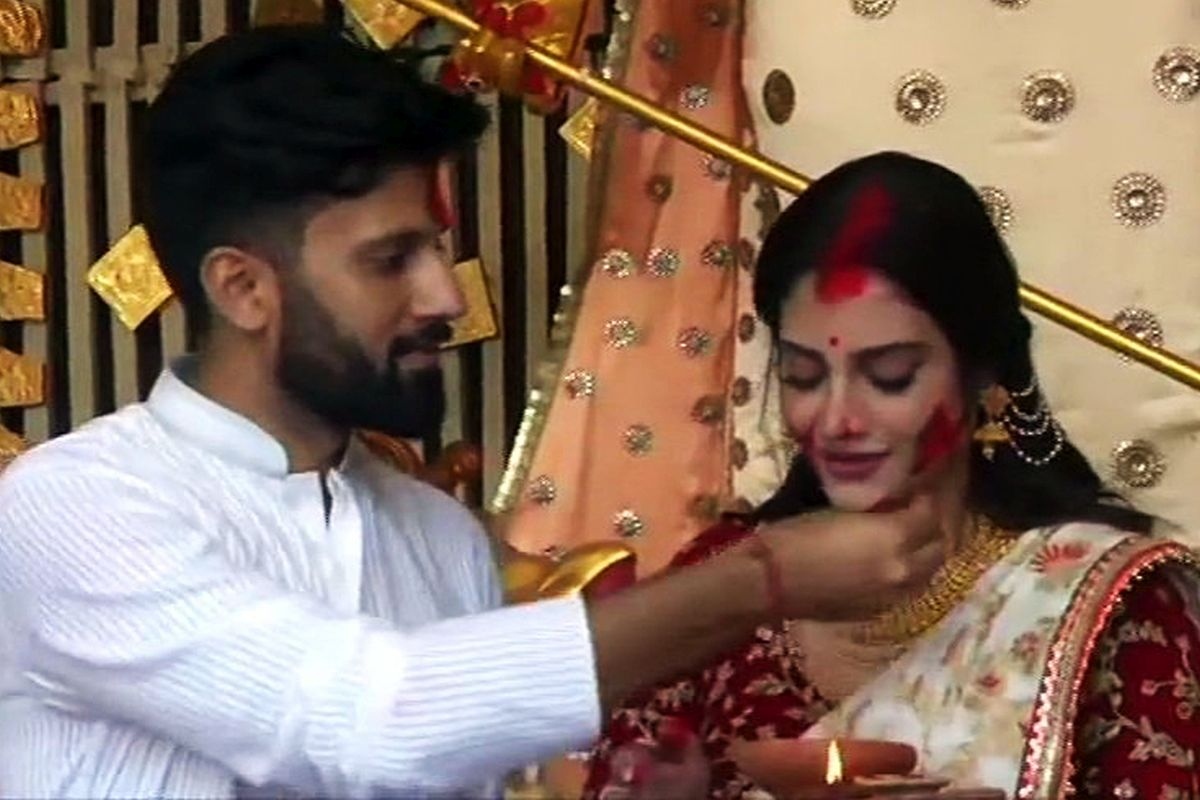 In tinsel town, the splitting of celebrity couples are as common as their sudden courtship and weddings. However, when it comes to politics it’s not so easy to make and break relationships as they become answerable to all and sundry. 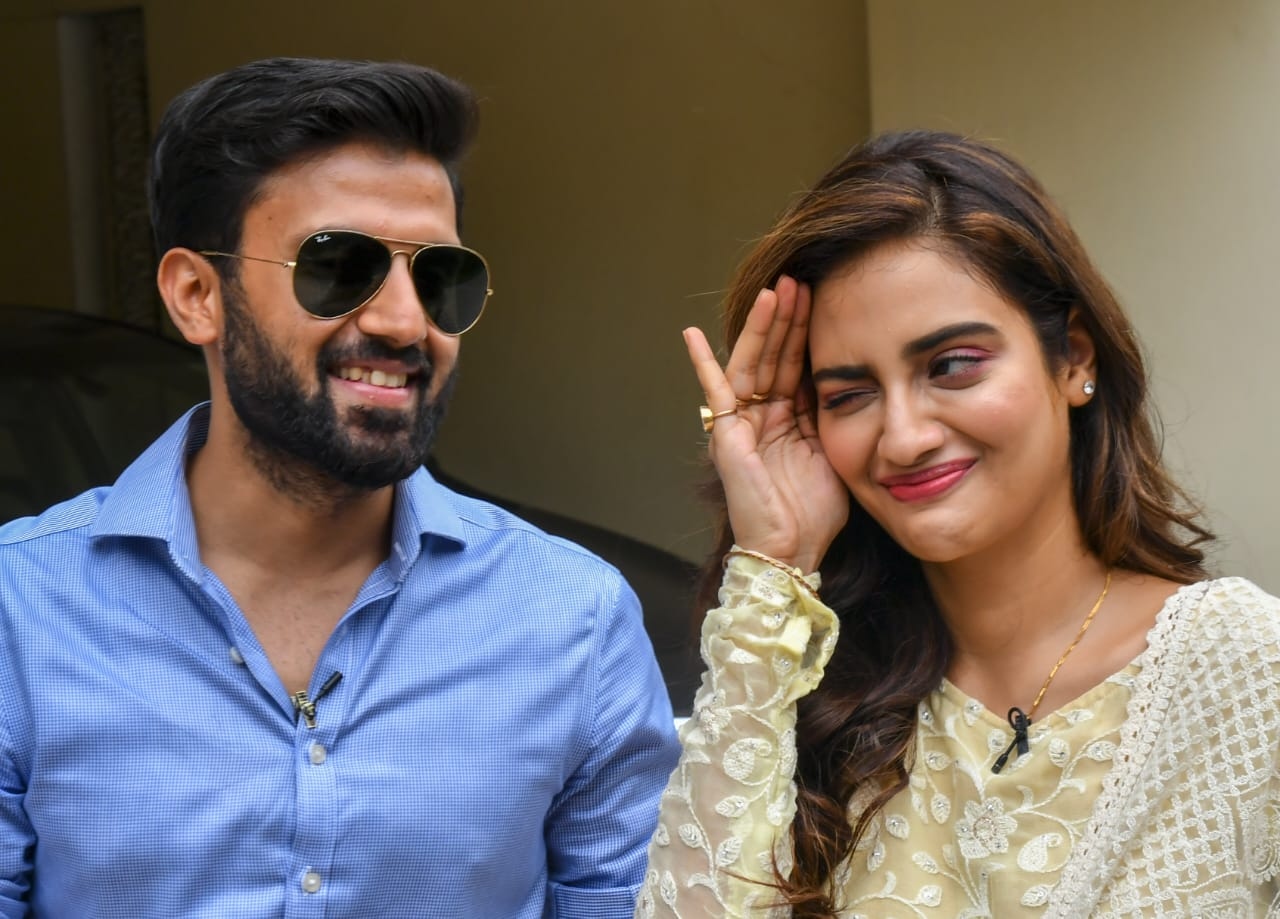 Actress Nusrat Jahan who won in the recent WB elections on TMC seat is now in trouble over her split from her husband Nikhil Jain whom she married in Turkey in 2019 before she contested the elections. Now she has claimed that she never married him and it was a live-in relationship but opposition party members have posted videos on social media in which she is seen taking oath as Nusrat Jahan Ruhi Jain. 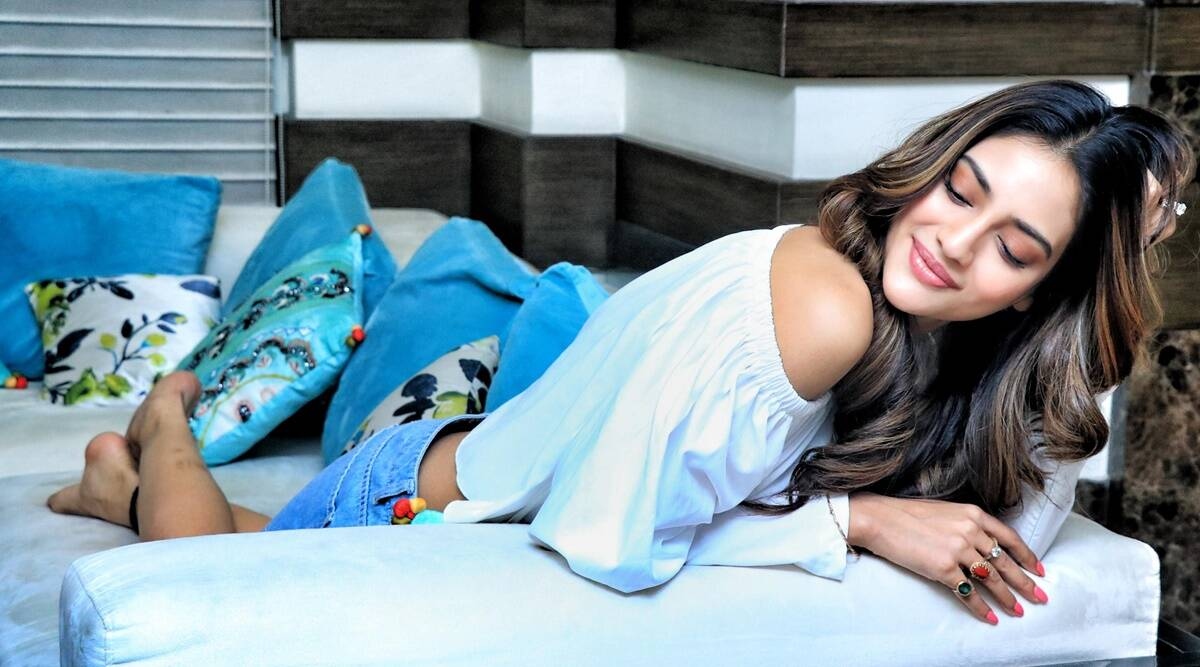 Nikhil Jain himself has stated to the Bengali media that they have separated since November 2020 and Nusrat has deleted all her photos with him on her Instagram account. Reports in the media also claim that the actress is in a relationship with actor turned BJP member Yash Dasgupta. The actress turned politician has released a long statement in which she has given her side of the issue.

“1. Being on foreign land, as per Turkish Marriage Regulation, the ceremony is invalid. Moreover, since it was an interfaith marriage, it requires validation under Special Marriage Act in India, which did not happen. As per the court of law, it is not a Marriage, but a relationship or a live-in relationship. Thus, the question of divorce does not arise. Our separation happened long back, but I did not speak about it as I intended to keep my private life to myself. Thus, my actions must not be questioned based on “separation”, by the media or anybody I am not related to. The alleged marriage is not legal, valid and tenable; and thus, was not a marriage at all in the eye of law.

“2. My visit to any place for business or for the purpose of leisure, should not concern anyone with whom I have separated. All my expenses have always been borne by me contrary to claims by “someone”.

“3. I would also state that I have solely borne the expenses for my sister’s education and my family’s well-being, from day one, as they have been my responsibility. I need not use or keep anyone’s Credit Card, which I am not related to anymore. This too can be backed up by evidence.

“4. The one who claims to be “rich” and “been used by me” has been taking money from my Account by accessing my Bank Accounts illegally and by illegitimate means at odd-hours of the night, even post-separation. I have already taken this up with the concerned Banking Authority and a Police Complaint shall be filed shortly.

“In the past, details of all family Accounts were handed over to him, upon his requests and none of me or my family members was aware of any Instructions given to the Bank via. Our Accounts. He has also been mishandling my funds from various accounts without my knowledge and consent. I am still battling it out with the Bank & if need be, would release proof of the same.

“5. Also, my belongings, including my Clothes, Bags and Accessories still remain with them. I am disheartened and disappointed to state that all my family jewellery, given to me by my parents, friends and extended family, including my own hard-earned assets has been illegally held back by them.

“6. Being “rich’ does not always give a man the right to act as a victim & belittle the woman alone, in this society. I have made my own identity by my sheer hard work; thus I would not allow anyone not related to me to share the limelight or a title or followers, based on my identity.

“7. I would never speak up about my personal life or anyone I am not related to. Thus, people who call themselves “normal people” must not entertain anything which is not related to them. I would request the media to refrain from questioning the wrong person, who has not been a part of my life for long now. Turning a “Sadaharon” person, as claimed by someone, into a “Hero”, giving one-sided stories to malign my image is not desirable. I would earnestly request my friends from the media to not give unnecessary mileage to such people or situations. Thank you, Nusrat Jahan.”

Thus the question of divorce does not arise. Our separation happened long back, but I did not speak about it as I intended to keep my private life to myself: TMC MP Nusrat Jahan issues a statement pic.twitter.com/9fWBy3KvJH

Nusrat Jahan took oath in Parliament as “Nusrat Jahan Ruhi Jain”, now she says her marriage is not legal?

She lied on the floor of the House? pic.twitter.com/y757wnREOp

Sweet corn tikki recipe made with boiled corn spices and besan for kids in...