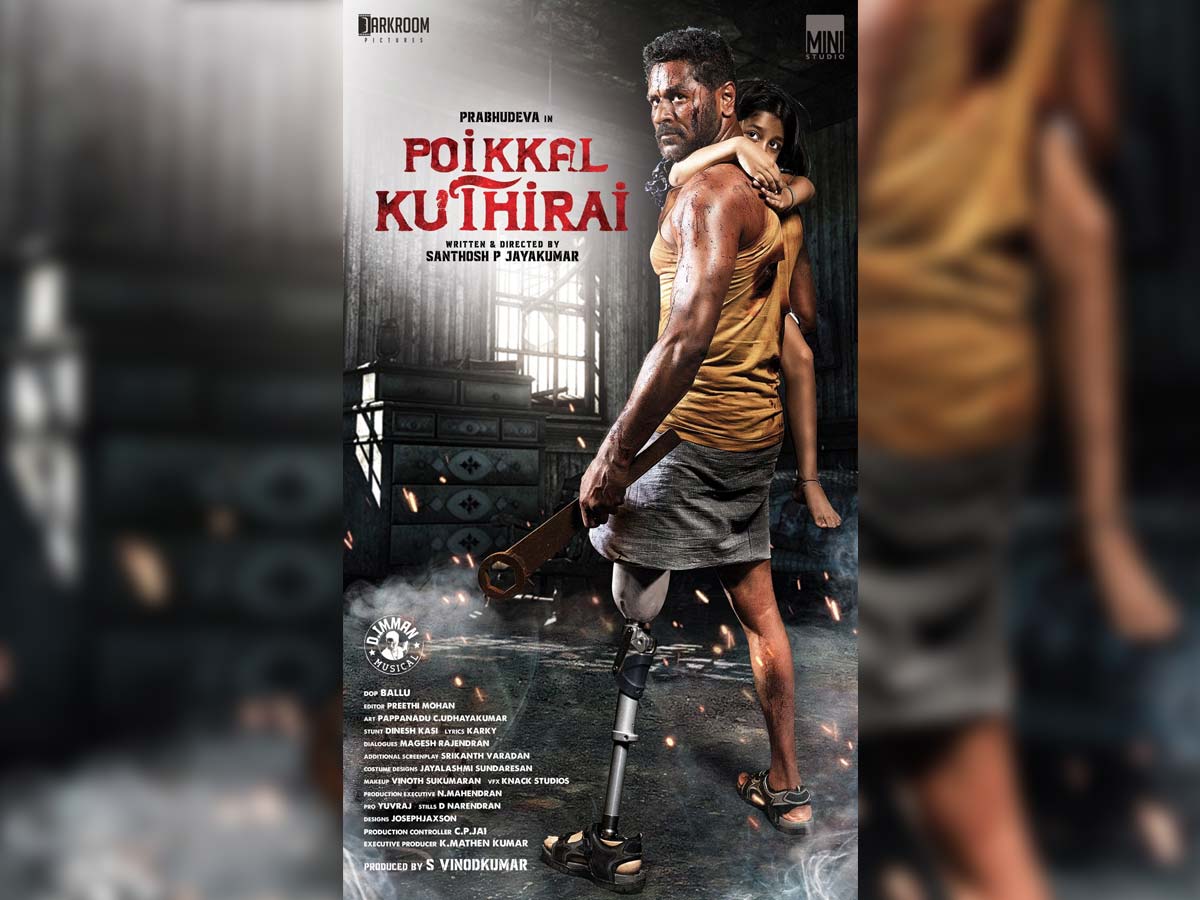 Actor, choreographer and the filmmaker Prabhu Deva is now making his comeback  to Tamil cinema after a long time. He has collaborated with  Santhosh P Jayakumar for a film, which is titled Poikkal Kuthirai. Yesterday the makers of Poikkal Kuthirai released the first look poster that featured physically challenged person Prabhudeva.

Prabhu Deva lost his leg in an accident and he is set to take revenge in this film. Coming on the first look poster, Prabhu Deva is seen in a one-legged avatar and he  is also seen carrying a child in his arms.

During the media interaction, Santhosh P Jayakumar  revealed that the film Poikkal Kuthirai is an emotional action flick. He has always wanted to do something different and the script of Poikkal Kuthirai will show the movie lovers another dimension when compared to his previous directorial ventures like Hara Hara Mahadev Ki or Ghajinkanth.

Apart from Prabhu Deva, the film Poikkal Kuthirai  also has Varalaxmi Sarathkumar and Raiza Wilson in the female lead roles whereas Prakash Raj, Samuthirakani, and John Kokken are playing the supporting roles in this film which has the music by D Imman.

The makers of Poikkal Kuthirai have wrapped up the major parts of the shoot and they are planning to release it in December.