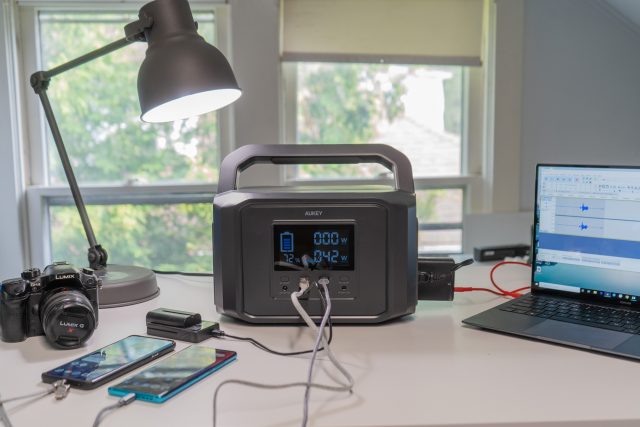 
Power banks are so common these days that it would be a surprise if someone you know does not own one. They’re great for keeping our phones and tablets powered up, but beyond that, they don’t really have that much use. Is your home out of power due to a blackout? Or are you out camping and need to power a lamp? Forget about using a power bank.

If you’re after something a little beefier with a bit more, sorry, a lot more juice, then perhaps Aukey’s PowerZeus 500 could be the answer. The PowerZeus 500 is known as a power station, which are essentially external batteries that put most power banks to shame. Not only do these devices store a ton of energy, but their power output means that they can go beyond just charging your smartphone.

So, what are we looking at here with the Aukey PowerZeus 500? 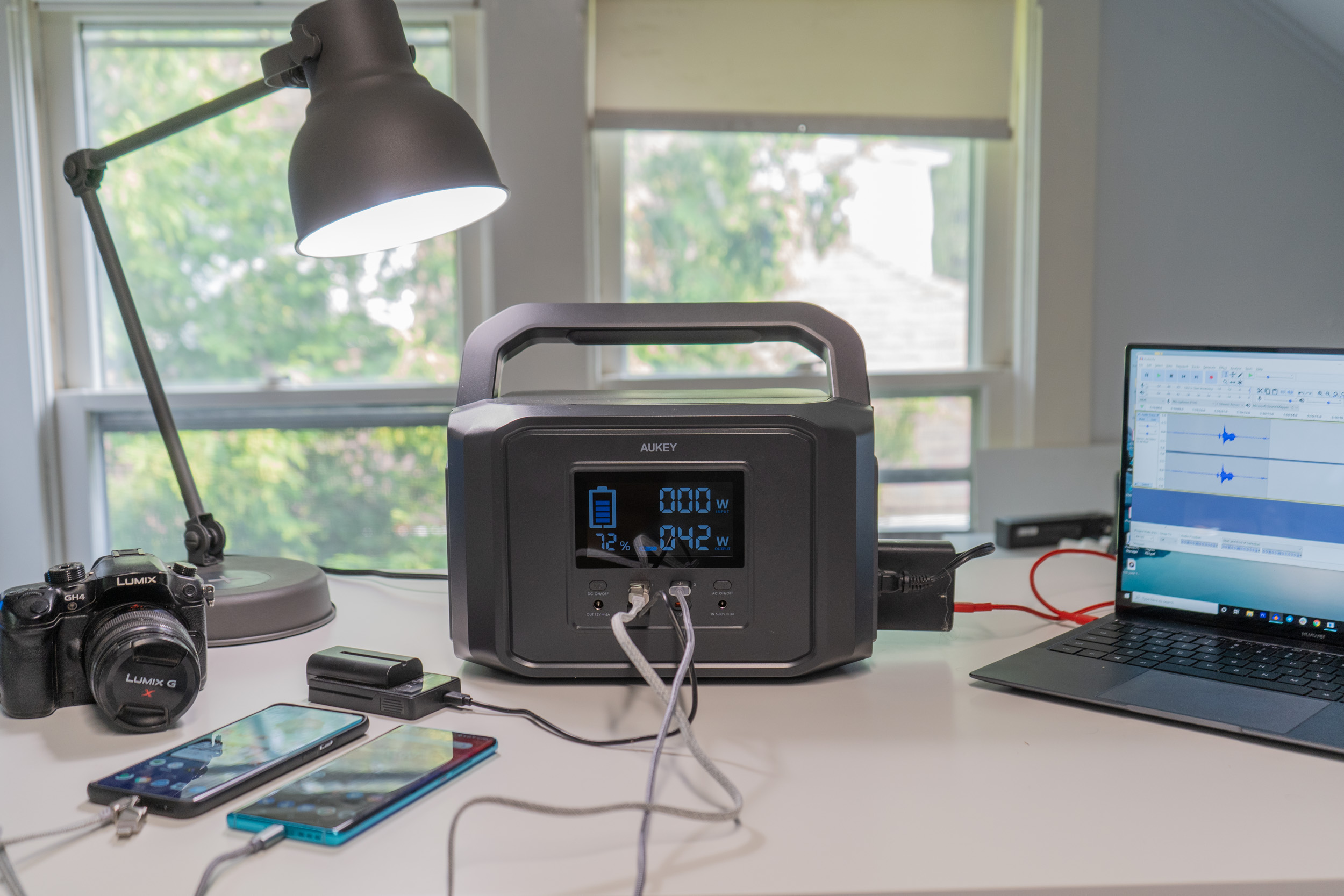 According to Aukey, it seems that the PowerZeus 500 is essentially your power grid away from home. The company boasts that the device is capable of providing pure sine wave 110V AC, which they say is just like the power outlet back home. Its 518Wh battery is massive and can provide you with enough energy to keep a drone powered for 16 hours of flight time.

It can also provide energy to allow your phone to record more than 24 hours of footage, and if you need some lighting, the PowerZeus 500 can also provide up to 18 hours of professional lighting, or if you’re a streamer on the go, up to 10 hours of live streaming.

This makes it a pretty good gadget to have with you when you’re out camping or hiking and might need a source of power, but in addition to it being used for recreational purposes, the amount of energy it can store and the power it can output means that it can also be used for emergencies.

In the event of a blackout or power failure, the PowerZeus 500 can be used to power certain appliances, such as a blender, a water heater, and also certain types of medical equipment, as long as it is below 500W. 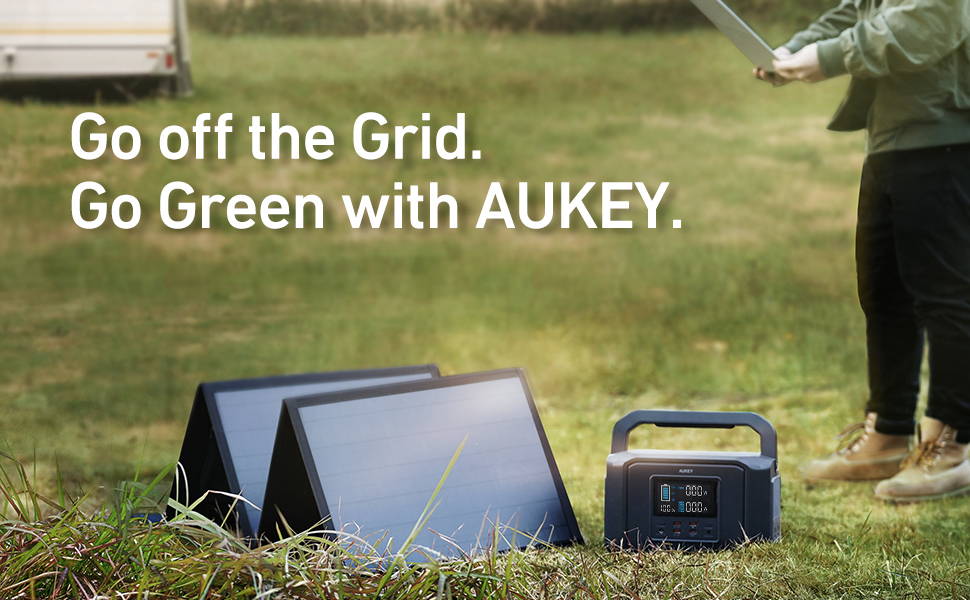 Now the best part of the Aukey PowerZeus 500 is that it uses clean energy. This is thanks to support for solar panels which means that if and when it does run out of energy, you don’t need to worry about not having access to a power source.

You can just leave it out in the sun and according to Aukey, it will take about 11 hours to fully charge back up, so you should be able to get it back to full by evening, assuming you get clear skies throughout the day.

Alternatively, if you don’t want to use solar, you can rely on other forms of recharging like plugging it into your car, a generator if you have access to one, and also a wall socket. 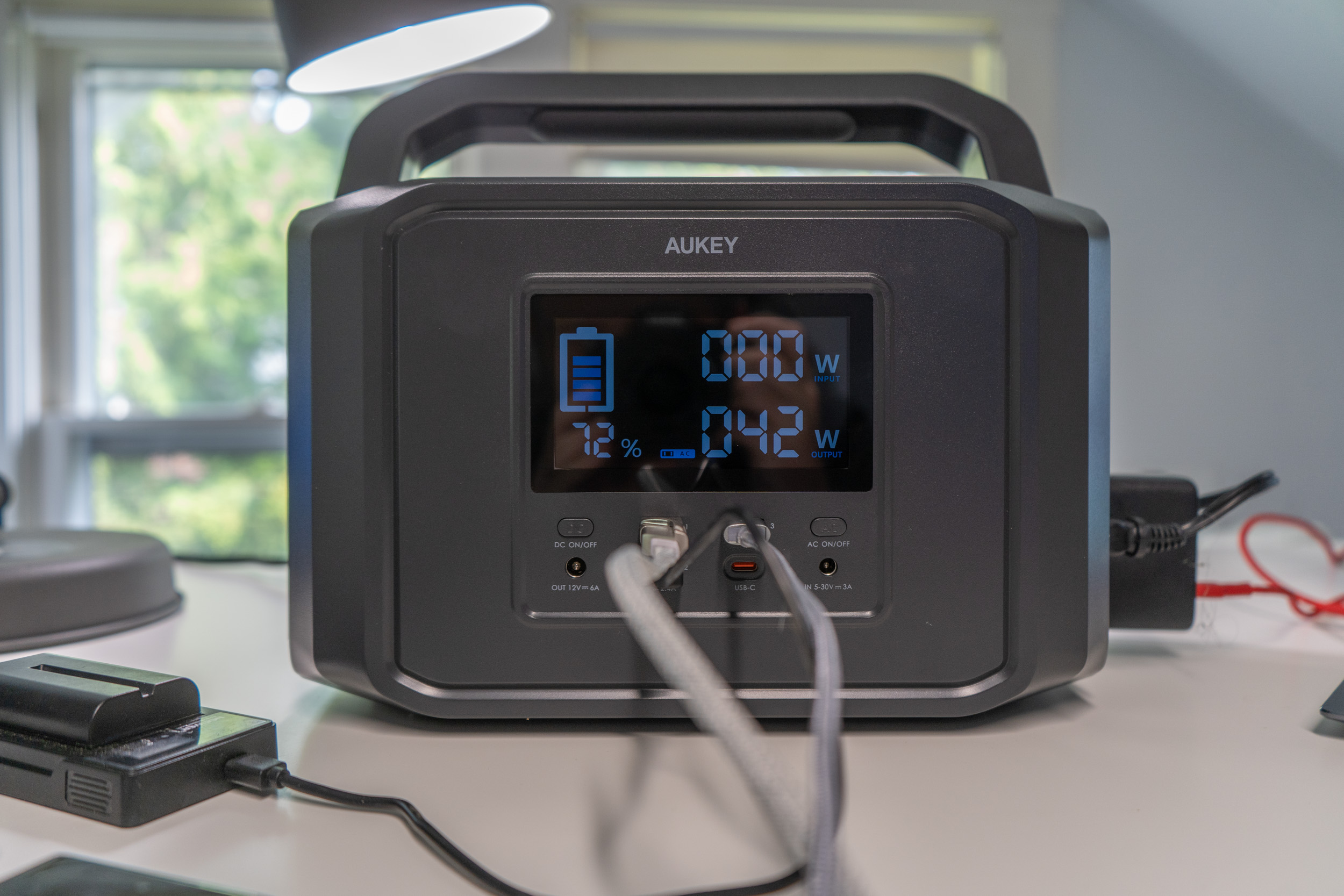 If you care about aesthetics, then maybe Aukey’s PowerZeus 500 could be right up your alley. The company has opted to create the power station in a sleek black box that doesn’t look very assuming, so you don’t need to worry about it drawing attention. They have also included a display on the front which is actually pretty useful.

This display can be used to show information like input power and also output power, so you can keep an eye on how much energy is being consumed and also to make sure you don’t go over 500W. It also shows how much battery you have left so you know when it’s time to recharge it. 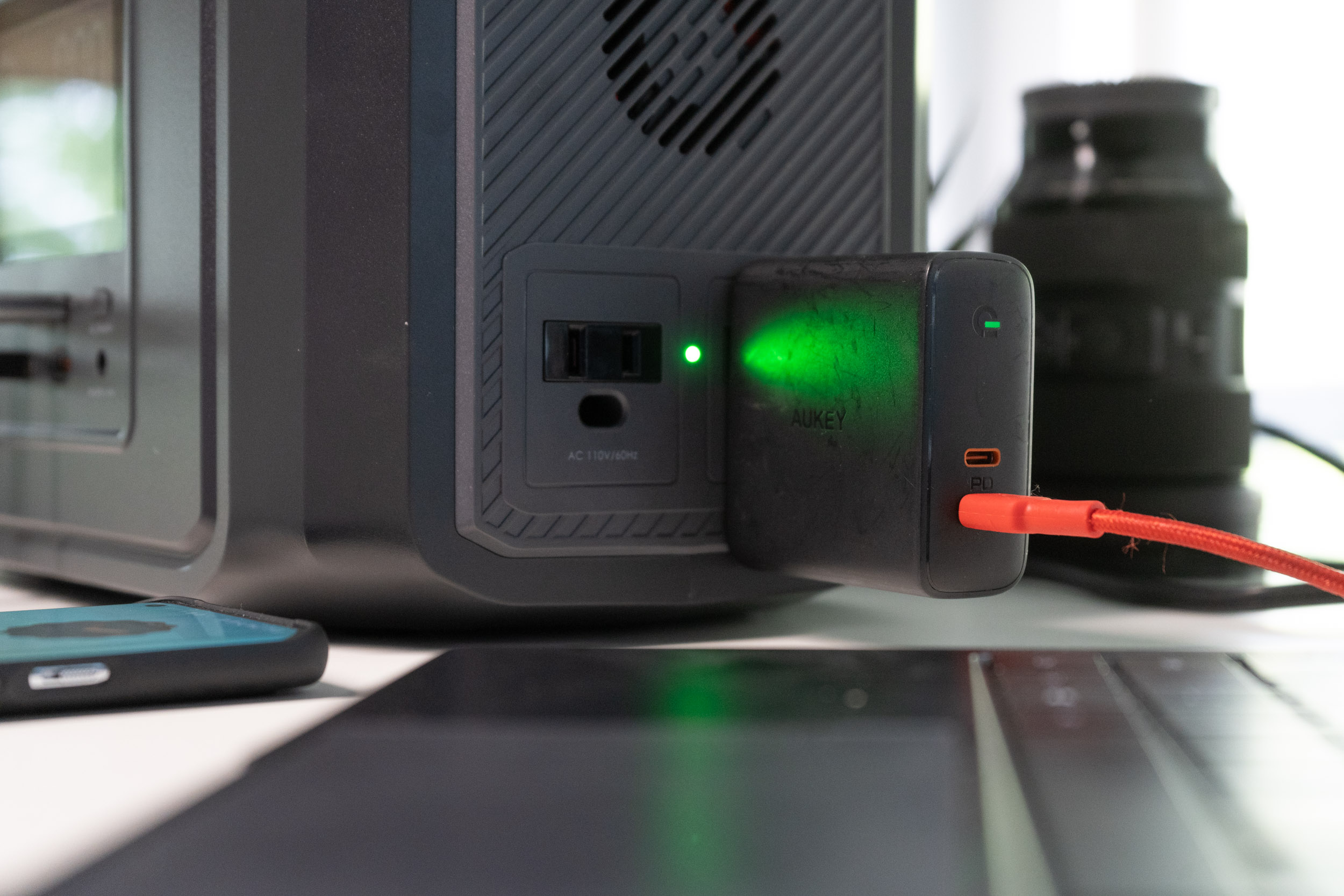 As with all the solar generators that pass through our office, we run a few standard tests to see how they perform in the real world. While the Aukey Power Zeus 500 supports up to 90W charging speeds, the included charger only delivers 60W. In our testing, it took 8 hours and 33 minutes to fully charge the 518Wh battery. With a 90W charger, the Zeus 500 should be able to charge more than two hours faster.

The stated 500W output from the inverter lived up to its claims, as did the 1000W surge capacity. The inverter also scored well when it comes to overall efficiency, allowing the battery to score high on our list with a 77.2% efficiency rating, with a total of 400Wh pulled from the 518Wh battery. Most other solar generators we’ve tested deliver efficiency ratings of 74-76%.

All in all, if you want a nice, solid power station that you can bring with you on short camping trips, or use as an emergency power source, the Aukey PowerZeus 500 has everything you could possibly need, all packaged in a nice and aesthetically pleasing design. The inverter doesn’t have enough power to start a window unit air-conditioned or keep a large refrigerator running during a power outage, but you wouldn’t expect that from a device at this price point.

One thing we suggest Aukey charges in the future is to allow the display to turn off while the AC inverter is powered on. Having it set to turn off after 30 seconds or a minute would save battery life.

The $459.99 price point of the Aukey Power Zeus 500 does make it a lot more expensive than a smartphone power bank, but with all of its capabilities and features, it’s extremely versatile. If you’re looking to pick one up, Aukey is offering a $50 coupon on its site, bringing the final price down to $409.99. If you’ve been looking for an inexpensive and quiet option to replace your generator while camping, the Aukey Power Zeus 500 may be exactly what you’re looking for.