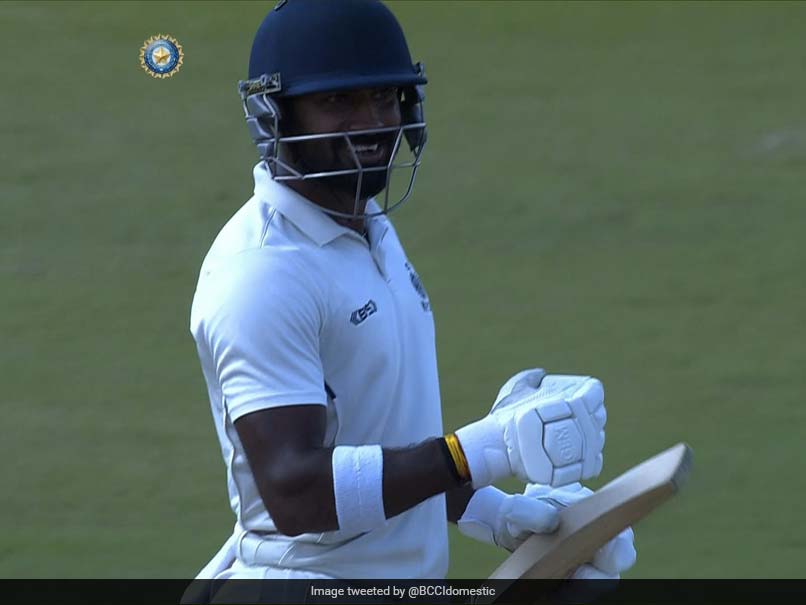 
Madhya Pradesh wicketkeeper-batter Himanshu Mantri hogged the limelight on the first day of their Ranji Trophy semi-final against Bengal as his unbeaten 134 steered the team to 271 for six. The day clearly belonged to Mantri, the 28-year-old left-handed opener, as he frustrated the Bengal attack while anchoring the innings. In his 280-ball innings, Mantri hit as many as 15 boundaries and one maximum. The other notable contribution came from Akshat Raghuwanshi (63) as he and Mantri rallied the MP innings after they were in a spot of bother at 97 for four. The duo forged a crucial 123-run stand for the fifth wicket on a batting friendly track.

The Chandrakant Pandit-coached side lost opener Yash Dubey (9) cheaply after he was trapped in front of the wickets by pacer Mukesh Kumar (2/45).

Mantri, who was going strong from one end, was devoid of partners. One-down Shubham Sharma (17), Rajat Patidar (7), and Srivastava (10) made a beeline to the pavilion to give Bengal the upper hand.

But then walked in Raghuwanshi, who played the perfect second fiddle to Mantri. The 18-year-old right-handed batter struck eight boundaries and two sixes in his 81-ball knock as MP dominated the proceedings.

However, when it looked like Raghuwanshi would score big, Bengal pacer Akash Deep (2/55) gave his side a much-needed breakthrough. He trapped Raghuwanshi in front of the wicket and then castled Saransh Jain (17), as the eastern side tried to make a comeback.

When the stumps were drawn, Mantri and Puneet Datey (9) were holding fort.

For Bengal, Mukesh Kumar and Akash Deep were the pick of the bowlers.

Bengal coach Arun Lal said, “Wicket is plumb batting track, it’s difficult to bowl on this wicket. You need to bowl special deliveries to get anybody out. Our two fast bowlers did a brilliant job but it was an ordinary day for our spinners.”

What Makes This Soni Razdan-Alia Bhatt Edit So “Brilliant”

These 17 apps have malware capable of stealing your data and your money:...

Share Be careful if you have any of these applications on your mobile: they can erase your data,...