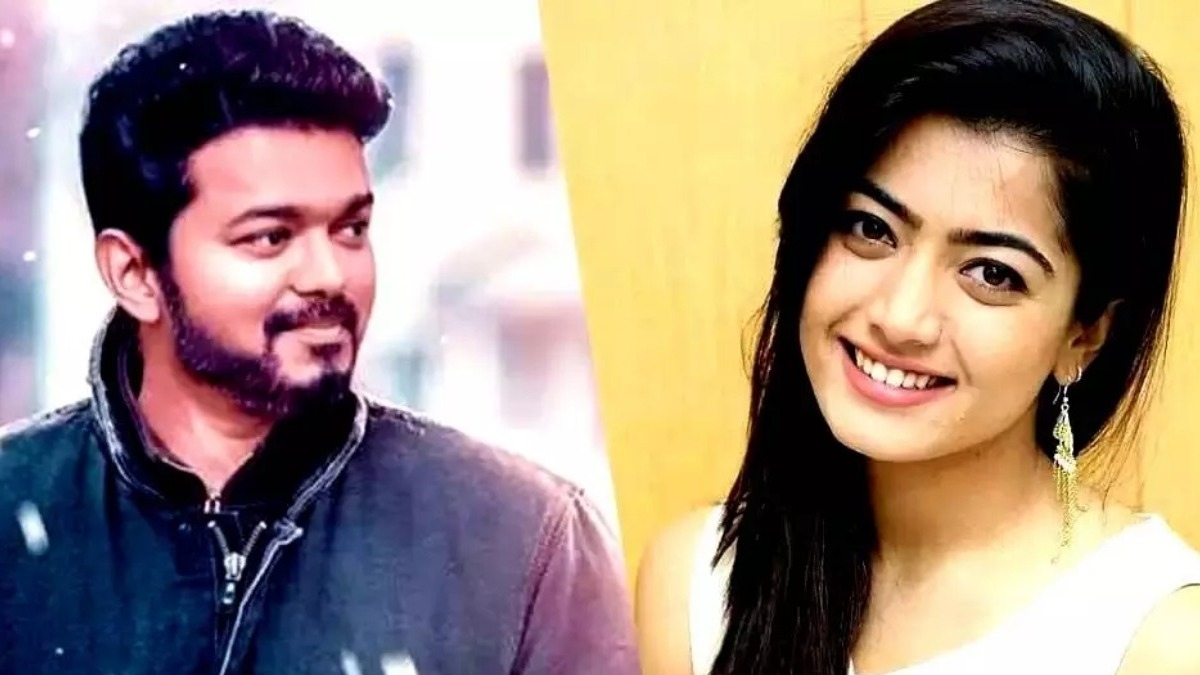 Rashmika Mandanna is busy shooting her Hindi projects ‘Mission Majnu’ and ‘Goodbye’ and has even set up a base in Mumbai by purchasing an apartment and moving in with her pet dog Aura. On Tuesday, June 29, she took to engage with her followers. During the AMA (Ask Me Anything0, fans from all the languages she works in bombarded her with questions ranging from her celebrity love to how many languages she understands.

On many occasions, Rashmika has named Thalapathy Vijay as her most favorite star, and to a fan’s request to say about him in one word she created the heart symbol with her fingers and wrote “Love”. To another query as to when she would act with him, she has written: “Very Soon”. 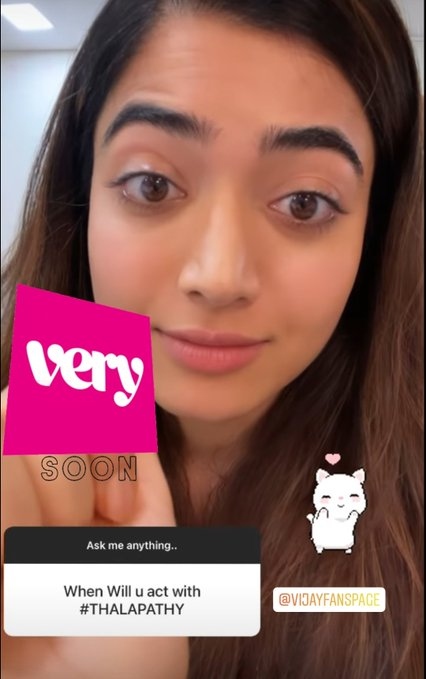 Rashmika was actually the first choice to star with Vijay in ‘Thalapathy 65’ according to sources but she couldn’t make the cut due to date issues. it is said that she will be acting with him in the upcoming ‘Thalapathy 66’ or ‘Thalapathy 67’ and the lady herself has made it certain now. 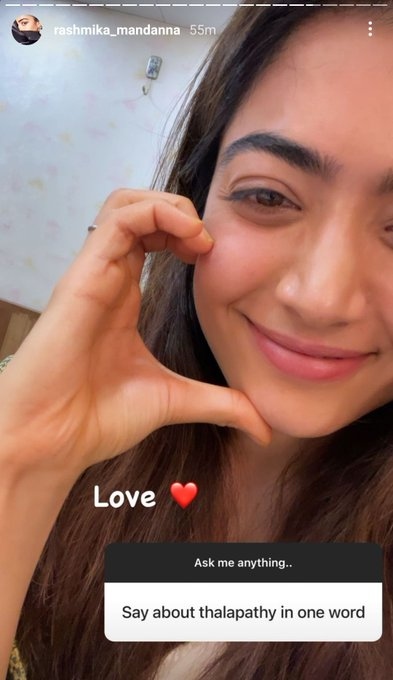 Fans who are waiting to catch a glimpse of the bubbly Rashmika will soon get the chance when her pan Indian biggie ‘Pushpa’ hits the screens later this year. The film directed by Sukumar has Allu Arjun as the male lead and Fahaadh Faasil as the chief antagonist.