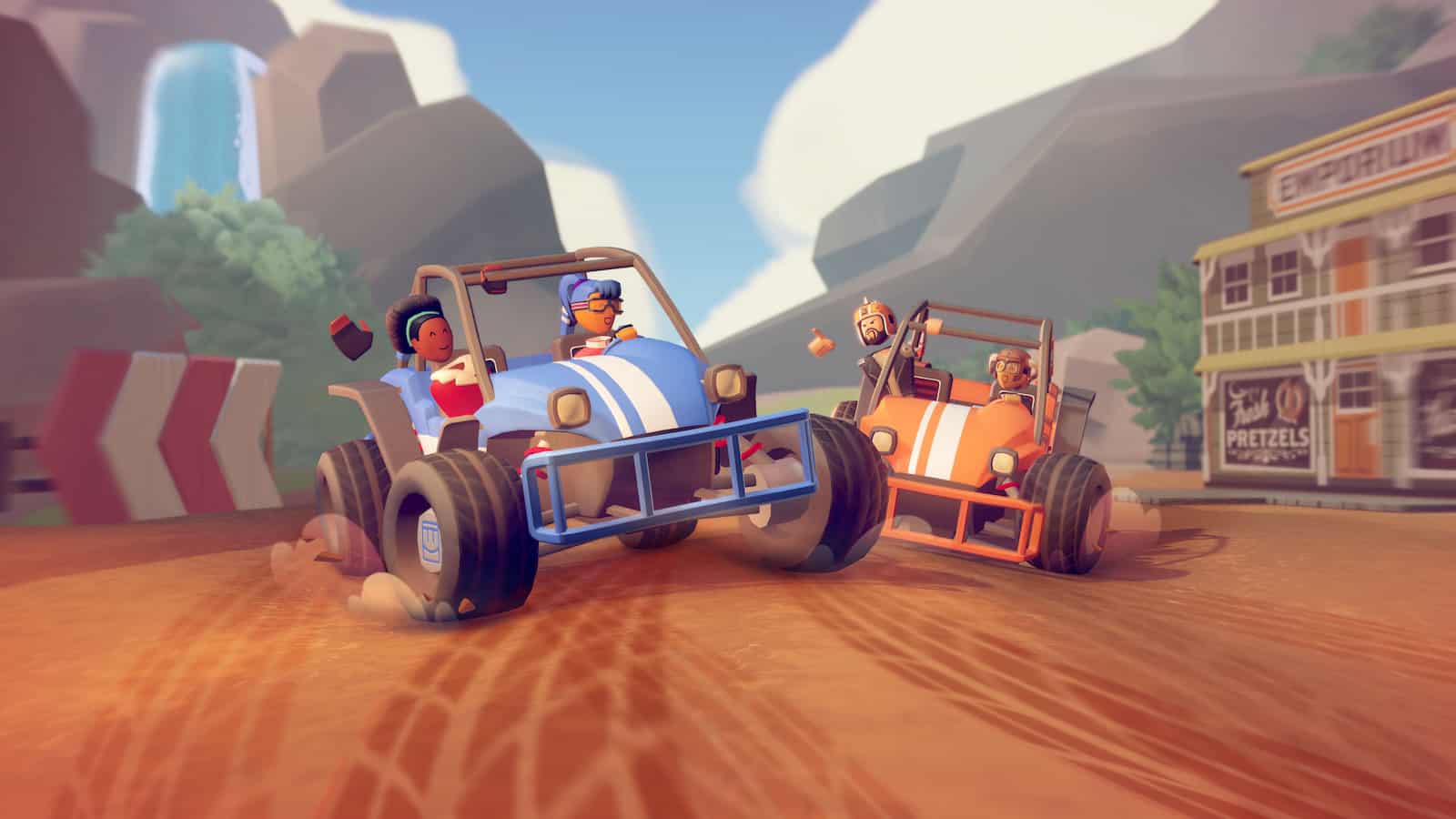 
Rec Room, the social app for hanging out with friends that plays like a video game, just announced the new Rec Rally update. If you’re unfamiliar wit Rec Room, it’s an app that allows you to hang out with your friends in digital social space. You can create personalized avatars and play a wide range of games. Many of them made by creators (other users of the app) and shared with the community. Of which has over 25 million users.

Rec Rally is essentially a new racing game within Rec Room that lets you race against your friends using buggies. Rec Room says it’s limited to one person per buggy during the actual race. But outside of the race during pre-game, you can fit up to three people per buggy and joyride around and have fun.

Races can include up to six players too. So it’s possible to have all of your friends included in the race at one time.

Rec Rally isn’t quite available yet, but you only have to wait for a couple more days. The new game mode will pop up in the game on September 29 officially.

The races are designed as an off-road rally race, hence the buggy vehicles, and while your goal is to obviously get 1st place, there’s more you can do to win besides executing perfect turns. For instance, there’s boosts you can acquire to speed you up and give you an advantage over your opponents.

You’ll need these to use the boost button in your buggy. So you definitely want to keep an eye out for these as your racing around the track. And you can fly off jumps for some pretty wild air.

The new mode will be available across all platforms

The best part about Rec Room is that it’s cross-platform. So when Rec Rally launches this week, you can play it on Android, iOS, PS5, PS4, Xbox Series X|S, Xbox One, PC via Steam, Oculus Quest, and virtually any VR headset.

In addition to racing, the new rally mode can also be used for a variety of other fun activities. Like vehicle on vehicle combat using paintball guns and the like.

As we wait for Samsung's presumably most affordable 5G handset, the Galaxy A13 5G, we get a couple of photos of the 4G...

Qualcomm’s Snapdragon 8 Gen 1 will power many of the best phones in...