Rise To War Is A Must-Play 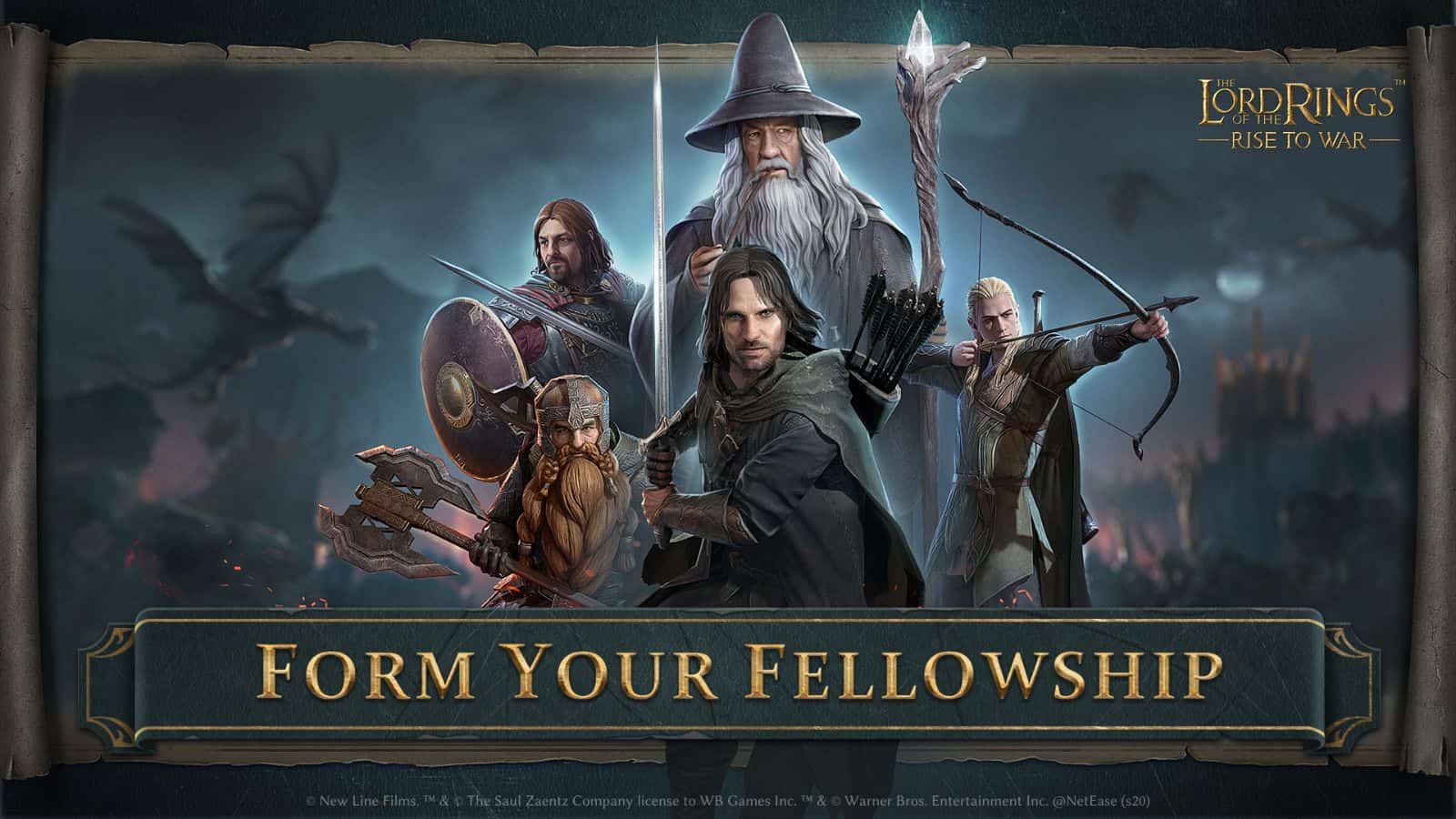 
Set in the Third Age of Middle-earth, The Lord of the Rings: Rise to War lets you write your own epic stories in the War of the Ring.

The One Ring has resurfaced in the deserted castle of Dol Guldur, and bestows unrivaled power to dominate Middle-earth on its bearer – luring peoples from all factions into a great war.

Gameplay-wise, The Lord of the Rings: Rise to War takes an innovative approach to Tolkien’s fantasy epic. It’s a straight-up tile-based strategy game rather than the more typical RPG. NetEase Games describes it as a “geo-strategic seasonal wargame”.

Your goal is to build a settlement, raise an army, and expand across the sprawling landscape of Middle-earth one tile at a time.

The Lord of the Rings: Rise to War has been in development for a long time, and it shows. The game is absolutely stunning, as you’d expect from the studio behind EVE Echoes, Diablo Immortal, and countless other mobile blockbusters.

There are no two ways about it: The Lord of the Rings: Rise to War is a staggeringly beautiful game, with crisp, detailed 3D graphics, a soaring orchestral score, stellar voice-acting, and authentic dialogue.

The cut-scenes and menu animations are console-quality, too, while the battle sequences look like something out of a Medieval: Total War. But with dragons.

Faithful to its Source Material

NetEase Games has put this graphical firepower to good use in making its characters look just like the actors who played them in Peter Jackson’s seminal movie series.

You’re not just playing with a generic wizard called Gandalf or a nobleman called Boromir – you’re playing with Sir Ian McKellan, Sean Bean, and the whole cast (with the possible exception of Figwit).

The locations have been lovingly recreated too. The Lord of the Rings: Rise to War is your ticket to Middle-earth’s most attractive destinations, including Mouth Doom, Minas Tirith, and Barad-dur.

If you don’t yet consider yourself a Lord of the Rings fan, it’s time to see what all the fuss is about.

The Lord of the Rings: Rise to War may be scrupulously faithful to the movies and books, but the game’s developers have also made their own mark on Middle-earth with a host of new characters.

In particular, NetEase Games has had fun creating new evil commanders for Middle-earth’s seedier factions, such as the Black Numenoreans, the Rhun, and the Harad.

If you choose to play in one of these factions you’ll meet new characters like Kirun and Khaldoon, two badass warriors who fit right into the The Lord of the Rings universe. And there are more original commanders marching in your direction.

The Lords of the Rings: Rise to War is the real deal, strategy-wise. Its tile-based system theoretically allows you to occupy the whole of Middle-earth – though the chances of you managing this feat are vanishingly small.

You will, however, be able to take a chess-like approach, contemplating the shape of the battlefield and the movements of your enemies before executing a tactical masterstroke that will see you cutting off routes, besieging rival settlements, and more.

But you won’t last long without allies. In The Lord of the Rings you can form or join either a Fellowship or a Warband, enabling you to cooperate with like-minded players as you pursue shared goals and reap shared rewards.

There can only be one ruler, though, so you’ll need to stay on your toes if you want to avoid a figurative knife in the back.

Check out The Lord of the Rings: Rise to War on Google Play Store, App Store, or the Galaxy Store.

Tim Paine “Not The Greatest Of Glovemen”, He “Won’t Be Missed”: WV Raman Ahead Of Ashes