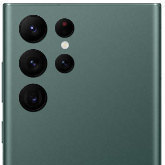 According to the latest reports, the main camera sensor of the upcoming Samsung Galaxy S23 Ultra is to have a resolution of 200 MP. This is a significant leap compared to the previous generation, which could boast a sensor with a resolution of 108 MP. There was also information that the size of the saved photos will not differ much from the Galaxy S22 series. In addition, based on information from an unofficial source, we got to know the appearance of the new flagship.

The latest photos of models of the upcoming Samsung Galaxy S23 Ultra show all available colors, and the main 200 MP camera sensor is supposed to keep file sizes closer to the model from the previous generation.

Samsung Galaxy S23 – we got to know the release date of the flagships. The only concern is the reports of high prices

Depending on the options selected when taking a photo, the huge sensor of the latest Samsung camera will only take up to 40 MB of the phone’s memory. As reported by the informant with the pseudonym Ice Universe, each photo taken at the maximum resolution will have dimensions of 12240 x 16320 px. In one of the photos that was made available by Ice Universe, the high resolution of the photo is clearly marked, while its size is only 20.98 MB. The second shared photo, the size of which is 37.06 MB, was also taken in the same resolution.

The 200MP photos of Galaxy S23 Ultra are not very large. As far as I know, the volume of daily scene photos is only 20MP～40MP, which is not much larger than 108MP photo. pic.twitter.com/6Ym7fDMsaY

Based on this data, it can be assumed that the file size will be between 20 MB and 40 MB. The file compression technique that Samsung uses in this case, or how they managed to reduce the size of files with such a large matrix, is not publicly available. In such a situation, the issue that leaves the most unknowns is the quality of the photos. Taking into account the principle of diminishing returns, inserting such a large sensor into the phone’s camera defeats the purpose – the small surface of the matrix and the relatively small capacity do not help in the proper incorporation of such a sensor to maintain the actual quality of the photos. Taking into account the realities of the industry, it seems likely that this is a simple marketing ploy and a well-thought-out advertising campaign aimed at focusing significant attention on the premiere of their latest flagship model, although Samsung cannot be denied an interesting idea.

In addition, the Nieuwe Mobiel portal shared renders of all the upcoming flagship in all color versions. They are: Phantom Black, Cotton Flower, Botanic Green and Misty Lilac. This confirms the earlier reports of the informant under the pseudonym Snoppy Tech, who published similar information some time ago. Other reports also claim that all models in the upcoming Galaxy S23 series are expected to have an AMOLED screen with a brightness of over 1750 nits while maintaining the angular, rectangular and flat appearance of the bezels. All this information will be officially presented at the “Unpacked” event, which will take place on February 1, 2023 at 19:00 on Samsung.com.