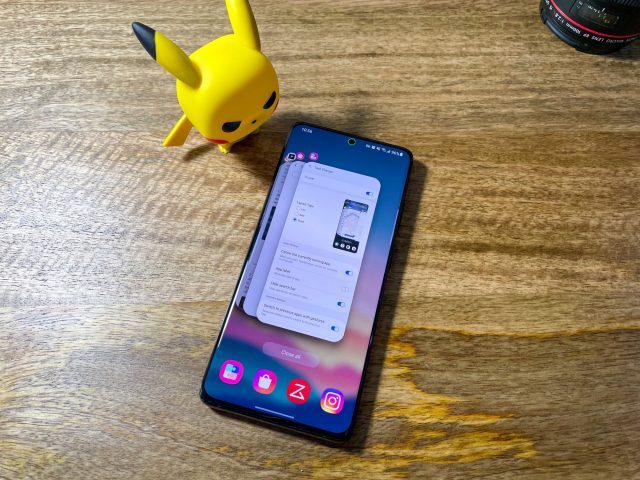 In a recent interview (via SamMobile), some of the Samsung Good Lock developers revealed what their future plans for the app may entail. For starters, there are discussions taking place about making the app available in more countries. Currently, Good Lock is only available in 15 countries, but this could change in the future.

Some other changes that could be in the pipeline include adding more features and functionality to the app. This includes creating custom stickers using the Samsung Keyboard, along with “enhanced theme customization”. The developers are also in the process of adding more options when it comes to editing icons. Given that Good Lock already has the Theme Park module, we would love if the developers made it possible to just use icons from the Play Store instead of those from the Galaxy App Store.

One of the primary reasons to even use Android over something like iOS is the freedom to customize your device and make it your own. This includes things like changing up the icons, downloading different launchers, and replacing stock apps with better options.

While OnePlus’ OxygenOS has the ability to customize much of the interface built right into the settings, Samsung’s One UI takes a different approach. A few years ago, the company released Good Lock, an app that allows you to customize different aspects of the UI, but it’s only available from the Galaxy App Store.

There are also some limitations in what you can do when using the stock launcher. For example, you can’t just simply apply a different icon pack when using the One UI launcher. Well, at least not one from the Play Store. Samsung does offer the ability to download and apply icon packs, but those are only available from the Galaxy App Store and truthfully, aren’t very good.