Simbu made D. Rajendran knock in the middle of the night and made him listen to the story… Isn’t your duty a measure of passion!!

The movie “Junior Senior” released in 2002 starring Mammootty, Hamsavardhan, Ramesh Khanna and Charlie. The film was directed by J. Suresh.

Before the film was made, director J. Suresh, who had written the story as two protagonists, told this story to Mammootty. Mammootty liked the story so much that he agreed to act. After that, Lawrence Raghavendra was first signed as the second lead. But due to some reasons Lawrence could not act in it. Silambarasan was a very close friend of director J. Suresh. When it came to know that his friend J. Suresh was going to make a film with Mammootty and it would have two protagonists, Simbu wanted to play the second protagonist in it.

Simbu has also told this to J. Suresh. Simbu takes Suresh home in the middle of the night to get his father’s consent to agree that Suresh is right. 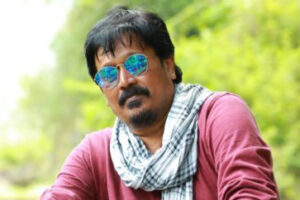 After making Suresh sit down, Simbu went to the upper room and woke D. Rajender who was fast asleep there and asked him to come down and listen to the story. DR came downstairs without any anger at being woken up from his sleep. 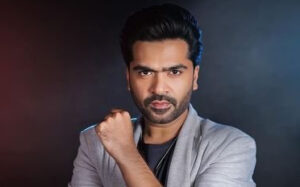 J. Suresh has told T. Rajender that he is going to direct the film with Mammootty and wants to play Simbu as the second lead in it. He also told the story of the film. D. Rajender who was listening to it said, “How much rupees will you do publicity for?” He asked.

To that, J. Suresh said, “Whatever budget we have for this film, we will do publicity according to it.” D. Rajender replied, “I will spend two crores and do publicity for Simbu only. Can you do it?” He has asked. Suresh said, “No sir, we can’t do it for that much money.” D. Rajender said, “Then go away, it won’t be alright” and went upstairs to his room to sleep. After that, Ravichandran’s son Hamsavardhan played the second lead role.

Follow @ Google News: Get instant messages Google News Follow the CineReporters website on the page by clicking here
Share
Facebook
Twitter
Pinterest
WhatsApp
Previous article
Atomic Heart on PlayStation 5 and Xbox Series X will offer gameplay in 60 FPS and resolutions up to 4K
Next article
It is from 2022, but this Samsung is still a very successful purchase with more than 120 euros discount