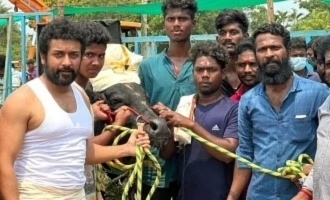 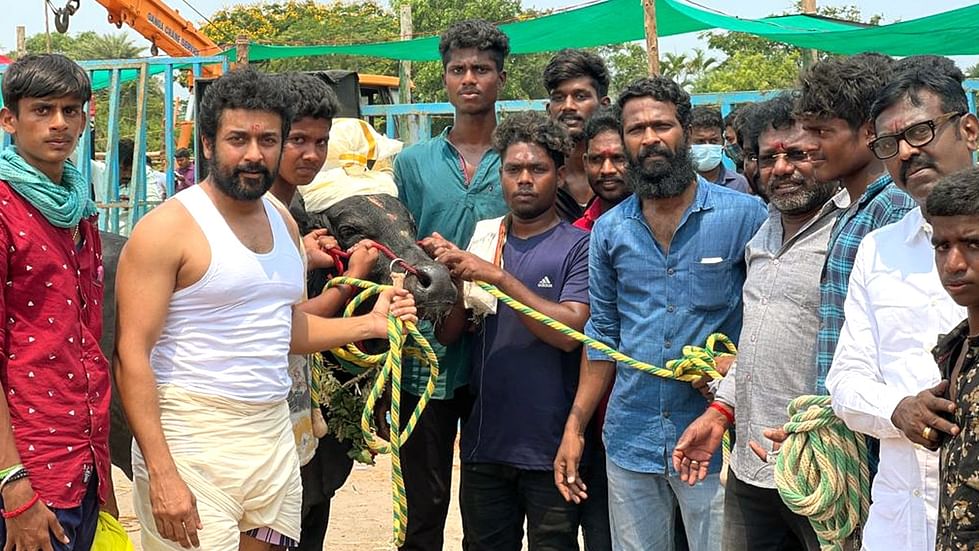 We broke the news first to you that Suriya’s most awaited ‘Vaadivaasal’ directed by Vetrimaaran was kickstarted with a test shoot in Chennai yesterday. Sets of a real “Jallikattu’ ground was recreated in the ECR are in the capital city and the proceedings were made auspicious by a pooja in which the hero, director and producer Kalaipuli S Thanu pariticipated. 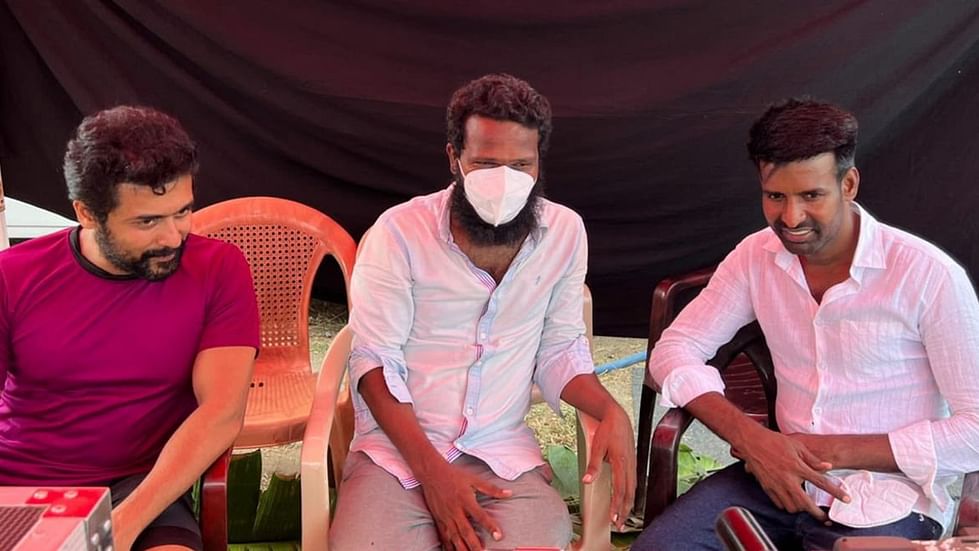 As reported by us much earlier about hundred “Jallikattu” bulls were brought to Chennai for the test shoot and a few among them will be retained here so that Suriya can bond with them for a few months.

Photos from the sets have stunned the anbana fans as Suriya has completely transformed in to a bull fighter. In recent times he has been changing his getup completely for new looks as evidenced in ‘Soorarai Pottru’, ‘Jai Bhim’ and ‘Etharkkum Thunindhavan’. He has gone one step higher for ‘Vaadivaasal’ looking completely authentic and majestic to say the least. 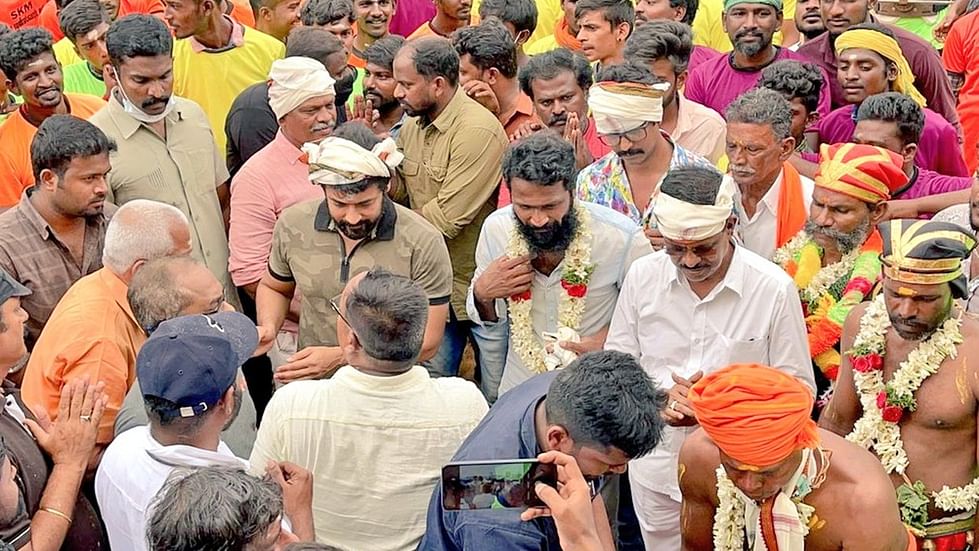 ‘Vaadivaasal’ is directed by Vetrimaaran and produced by Kalaipuli S Thanu with G.V. Prakashkumar providing the music and Velraj handling the camera. Director Ameer is said to be playing an important character while three heroines are said to be in talks to star in the film. Shooting is expected to begin by the end of the year as there is extensive prep and preproduction to complete. Stay tuned for more updates.