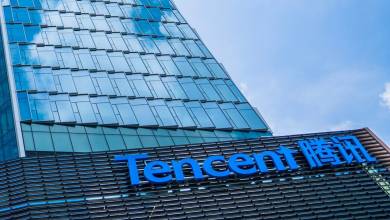 He is also willing to cooperate with world stars to promote Channels.

Pony Ma, the founder of the Chinese technology giant Tencent, called the Tik-Tok-like development of the platform, such as broadcasting live stream concerts, “the company’s hope”. The company is trying to challenge the dominance of ByteDance (TikTok), Douyin and Kuaishou in the short video business. This is indicated by the fact that he has also created a team to build a community of content creators. “Tencent hopes so, that you can turn Channels into a next WeChat Pay. You have a chance. But it will also be difficult,” Liao Xuhua, senior analyst at analyst firm Analysys, told Reuters.

Within a year of its launch in 2013, WeChat Pay has become the second largest player in China’s mobile payment market behind Alipay, owned by Jack Ma’s Ant Group. The two-year-old platform has been a bright spot for Tencent in an otherwise gloomy 2022, when revenue from its other products, such as games and payment services, has been hit by tighter gaming regulations and severe COVID-19 restrictions.

According to a LatePost report, Channels’ daily transactions from livestreamed sales reached 100 million yuan ($15 million) for the first time in September 2022, amounting to about 36 billion yuan annually.

Tencent integrates many of its products, from Tencent Meetings to the WeChat Mini Program, with Channels to help creators broadcast livestream content, just like the American band Backstreet Boys. Tencent Meetings is a Zoom-like teleconferencing service, while mini programs are like apps for Apple’s iOS and Google’s Android operating systems, but less data intensive and run inside WeChat.

The integration would allow, for example, a podcast host to conduct an interview in Meetings and broadcast it live on Channels. If the host recommends a product during the conversation, a link can pop up on the screen, leading viewers to a mini-program where they can purchase the product using WeChat Pay.

In November, Tencent Chairman Martin Lau said that Channels’ ad revenue would reach 1 billion yuan by the fourth quarter of 2022. Starting this month, Channels will also charge e-commerce merchants a commission of 1-5%.

While some analysts say Channels is Tencent’s best chance to catch up to ByteDance, others say it will struggle to grow as big as Douyin, China’s version of TikTok.

“When you start from a social networking app and then enter the short video space, you have to build a whole e-commerce system to support it … I’m not saying they can’t get there, but it’s very difficult,” said Liao of Analysysys- from.

However, Shawn Yang, managing director of research group Blue Lotus Capital Advisors, believes in Channels because of the potential of WeChat traffic. WeChat, China’s most popular chat app with over one billion active users. “For example, with Douyin or Kuaishou, you won’t be able to ask your viewers to add someone on WeChat. But on Channels, it can happen quickly. This is very beneficial for those who already have their own private traffic on WeChat,” Yang said.