The FBI’s Perspective on Ransomware 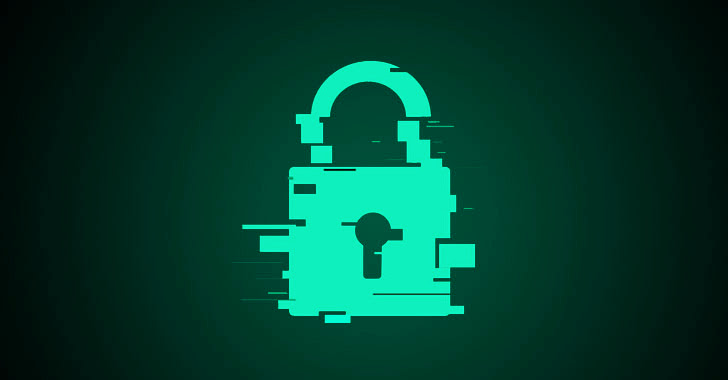 Ransomware: contemporary threats, how to prevent them and how the FBI can help

In April 2021, Dutch supermarkets faced a food shortage. The cause wasn’t a drought or a sudden surge in the demand for avocados. Rather, the reason was a ransomware attack. In the past years, companies, universities, schools, medical facilities and other organizations have been targeted by ransomware threat actors, turning ransomware into the internet’s most severe security crisis.

Ransomware has existed for more than 30 years, but it became a lucrative source of income for cyber actors and gangs in the past decade. Since 2015, ransomware gangs have been targeting organizations instead of individuals. Consequently, ransom sums have increased significantly, reaching millions of dollars.

Ransomware is effective because it pressures victims in two, complementary ways. First, by threatening victims to destroy their data. Second, by threatening to publicize the attack. The second threat has an indirect impact, yet it is just as serious (if not more). Publication could trigger regulatory and compliance issues, as well as negative long-term brand effects.

Here are some examples of real ransomware notes:

Ransomware as a Service (RaaS) has become the most widespread type of ransomware. In RaaS attacks, the ransomware infrastructure is developed by cyber criminals and then licensed out to other attackers for their use. The customer attackers can pay for the use of software or they can split the loot with the creators. Etay maor, Senior Director Security Strategy at Cato Networks commented, “There are other forms of RaaS. After receiving the ransomware payment some Ransomware groups sell all the data about the victim’s network to other gangs. This means the next attack is much simpler and can be fully automated as it does not require weeks of discovery and network analysis by the attackers.”

Some of the major RaaS players, who are notorious for turning the RaaS landscape into what it is today, are CryptoLocker, who infected over a quarter million systems in the 2000s and profited more than $3 million in less than four months, CryptoWall, who made over $18 million and prompted an FBI advisory, and finally Petya, NotPetya and WannaCry who used various types of exploits, ransomware included.

How the FBI Helps Combat Ransomware

An organization under attack is bound to experience frustration and confusion. One of the first recommended courses of action is to contact an Incident Response team. The IR team can assist with investigation, recuperation and negotiations. Then, the FBI can also help.

Part of the FBI’s mission is to raise awareness about ransomware. Thanks to a wide local and global network, they have access to valuable intelligence. This information can help victims with negotiations and with operationalization. For example, the FBI might be able to provide profiler information about a threat actor based on its Bitcoin wallet.

To help ransomware victims and to prevent ransomware, the FBI has set up 56 Cyber Task Forces across its field offices. These Task Forces work closely with the IRS, the Department of Education, the Office of Inspector General, the Federal Protective Service and the State Police. They’re also in close contact with the Secret Service and have access to regional forensics labs. For National Security cyber crimes, the FBI has a designated Squad.

Alongside the Cyber Task Force, the FBI operates a 24/7 CyWatch, which is a Watch Center for coordinating the field offices, the private sector and other federal and intelligence agencies. There is also an Internet Crime Complaint Center, ic3.gov, for registering complaints and identifying trends.

Many ransomware attacks don’t have to reach the point where the FBI is needed. Rather, they can be avoided beforehand. Ransomware is not a single-shot attack. Instead, a series of tactics and techniques all contribute to its execution. By identifying the network and security vulnerabilities in advance that enables the attack, organizations can block or limit threat actors’ ability to perform ransomware. Etay Maor added “We need to rethink the concept that “the attackers need to be right just once, the defenders need to be right all the time”. A cyber attack is a combination of multiple tactics and techniques. As such, it can only be countered with a holistic approach, with multiple converged security systems that all share context in real time. This is exactly what a SASE architecture, and no other, offers the defenders”.

For example, here are all the steps in a REvil attack on a well-known manufacturer, mapped out to the MITRE ATT&CK framework. As you can see, there are numerous phases that took place before the actual ransom and were essential to its “success”. By mitigating those risks, the attack might have been prevented.

Here is a similar mapping of a Sodinokobi attack:

Another way to map ransomware attacks is through heat maps, which show how often different tactics and techniques are used. Here is a heat map of Maze attacks: 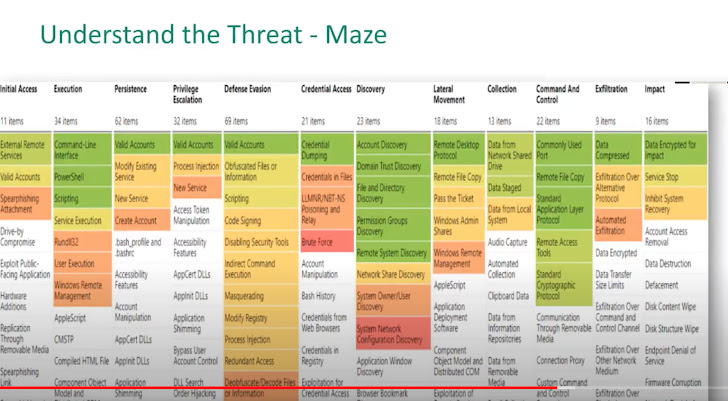 One way to use these mappings is for network analysis and systems testing. By testing a system’s resilience to these tactics and techniques and implementing controls that can mitigate any risks, organizations reduce the risk of a ransomware attack by a certain actor on their critical resources.

How to Avoid Attacks – From the Horse’s Mouth

Etay Maor of Cato Networks highlights “Nothing in what several Ransomware groups say organizations need to do is new. These best practices have been discussed for years. The reason they still work is that we try to apply them using disjoint, point solutions. That didn’t work and will not work. A SASE, cloud native, architecture, where all security solutions share context and have the capability to see every networks flow and get a holistic view of the attack lifecycle can level the playing field against cyber attacks”.

Just like brushing your teeth or exercising, security hygiene is an ongoing, methodical practice. Ransomware attackers have been known to revisit the crime scene and demand a second ransom, if issues haven’t been resolved. By employing security controls that can effectively mitigate security threats and having a proper incident response plan in place, the risks can be minimized, as well as the attackers’ pay day. The FBI is here to help and provide information that can assist, let’s hope that assistance won’t be needed.

To learn more about ransomware attacks and how to prevent them, Cato Networks’ Cyber Security Masterclass series is available for your viewing.