the good just got better

The practical and reliable model of the South Korean brand has received a more modern, albeit somewhat surprising jacket for the second generation.

As we wrote before, the South Korean Kia is on an amazing march, there is almost no segment where they do not have at least one particularly successful model. They also perform well in the field of electric cars: the one presented in 2008 Electric version of Kia Soul although it still saved the slightly outdated construction for the era of electric drive, but the purely electric one Kia EV6 it came, it saw and it won, when it – not at all undeservedly – won the title of Car of the Year 2022.

The Kia Niro is halfway between the two: the first generation was presented in 2016, in a self-charging and plug-in hybrid version, but in 2018 the purely electric Kia e-Niro was also launched on the market, which in a short time Hungary’s most popular electric car became. Our current test car is the second-generation version of the latter, of which two hybrid versions are also available, but we were able to test the purely electric Kia Niro EV.

As for the name, e-Niro reminded many of the actor legend Robert de Niro’s name, which the brand used for a commercial a few years ago. 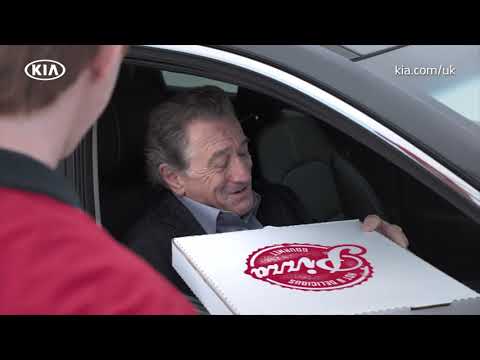 However, for the second generation of the car, the prefix has already been dropped, so the abbreviation EV indicates that it is the electric version. Unfortunately, the photos taken during the test were destroyed due to a memory card error, so we had to use the factory photos, but luckily they show the same color car that we were able to test in reality.

No matter what anyone says, it’s a minivan!

Nowadays, it is fashionable to label new car models with names that have been coined or combined from two or three other categories. According to the official nomenclature, the Kia Niro EV is a crossover compact SUV. The car is only slightly reminiscent of the first generation, which, we can safely say, had a rather gray exterior, the designers of the second generation probably wanted to compensate for this, we will return to this shortly.

It is a generous 4.4 meters long, with a generous 2.7 meter wheelbase, and its width is just over 1.8 meters. It’s a fact that we would easily call cars of similar size SUVs – the above numbers are almost the same as the dimensions of the Volvo C40 Recharge – but the Niro EV, from whatever angle I looked at it, I always found a hole in the MPV, but that’s not a problem. The point is that this is a nice-sized family car, which is partly not ostentatious at all, and blends into the traffic.

Only in part, because the design of the nose was somewhat surprising at first – and many – times. I heard an opinion that directly compared it to perhaps the most divisive car in the world, the first generation of the Fiat Multipla, but there is no such thing. The shape of the front headlights is really quite unusual, but apart from that, the design language of the Niro EV is very uniform, the chrome-effect arc that stretches across the entire width at the nose, the slightly overhanging roof at the back, and the two rear lamps are also a refreshing special feature. This, by the way, evokes the Kia Sportage also its world of forms. The two-tone, white-gray paintwork of our test car was strange to many observers, but I think it suits the Niro EV particularly well, the gray rear element also enhances the simple white paintwork.

As a surprising move, the CCS charging port has been moved to the front, under the renewed KIA logo, which I don’t fully understand, especially since the cable is relatively short at several street charging posts, so you may need to make interesting maneuvers to access it, but this is not always possible with the post location, in which case we will be forced to use our own cable. Of course, there should never be a bigger problem than that.

The interior of the Niro EV does not reflect the shape-shifting exterior, rather it can be called uneventful in a good sense. In a good way, because the usual controls in KIA cars are found in the same place as in an EV6 or a in Sorrentobut uneventful, because we won’t find any particularly spectacular solutions in it.

The digital display is also reminiscent of the EV6’s double-screen solution, and although it doesn’t fit perfectly with the dashboard, it doesn’t stick out from it offensively, and even if you look at it from the right angle, it doesn’t even seem like there’s a small gap behind it. The menu of the center console also brings the brand’s familiar, clear and clean user experience, which is clear even at first glance and does not require an IT degree to operate.

Underneath is the two-position digital button strip already admired in the EV6, from which the climate can be controlled, as well as media playback and the car’s settings with the press of a button. Although only the volume and temperature controls have been added from the fizkai button, handling them is not a problem due to the clarity.

The start button, the seat heating and cooling switch, the steering wheel heating and the keys for the parking assistant, as well as the gear selection dial, on which we find the R, N, D and P gears, have been placed on the center console. When switching from a manual gearbox or previous automatic, turning the dial can be unusual at first, but you can get used to it very quickly, it reacts quickly enough, and it is not complicated to operate.

Between the two, we find a 12-volt, a plain USB, and a USB-C connector, the latter two will be needed even if we not only charge our phone, but also use the options of Android Auto and CarPlay. This was not considered the most modern solution even last year, so we hope that wireless use will be solved in the next generation – especially since this Niro EV already had the Qi interface for wireless charging.

The seats are comfortable, although you have to fumble around a bit to find the ideal setting, but this is only necessary once. The sense of space is ample, even for taller passengers, although only smaller people should travel behind a driver with longer legs. The Kryptonite equipment also comes with a sunroof, which

In the back, a 475-liter luggage compartment is waiting for your luggage, which, however, does not have to be lifted up due to the good design. By folding down the rear seats, the space can be expanded to 1,382 liters. Since it is an electric car, a packable box was also included, although there is only room for the charging cable here.

She shows her best face while walking

The Kia Niro EV, as we have already stated above, is indeed a compact car, but at least an ideal family car. Accordingly, no one is likely to drive it to the gas station on the edge of town on Friday night, hoping for a speeding competition. Nevertheless, thanks to the electric drive, it has the necessary dynamism that may be needed for overtaking.

The driving modes can be adjusted, but in my experience it is completely unnecessary, we can even stay in Eco mode, the car will not be noticeably slower. The amount of recharging can be adjusted with the levers mounted behind the steering wheel, turning it to the maximum activates the i-Pedal, i.e. the single-pedal driving mode – in this case, by releasing the gas pedal, we can brake at the same time, while the energy trickles back into the battery. If you are afraid of this – otherwise you don’t have to, because you can learn how to use it relatively quickly – choose the third gear, where you can even feel the effect of the engine brake.

The 204 horsepower electric motor produces 255 Nm of torque, which also shows that it is not designed for racing, but this is not its greatest strength either. You should look for it more in the area of ​​the range: the first generation made a huge difference with the 460 kilometer long range, which the 2022 version also offers. Of course, it doesn’t hurt to step carefully on the pedals, but the Kia Niro EV is one of the best remedies for range vapors, as it reports relatively reliably on the state of the battery. However, it covers 400 kilometers without any problems, and at the end of the one-week test, the average consumption was around 18 kWh, in mixed operation.

During charging, it can absorb a maximum of 72 kilowatts, which means that it can be charged from 10 to 80 percent in just over 40 minutes. This wasn’t necessary, we couldn’t drain it that much in a week, so we got away with two shorter, 20-25 minute visits to the charging station, which was also reflected in the costs.

As far as prices are concerned, no one bats an eye anymore when the price of a new car starts at just HUF 16.5 million, but the Kryptonite-equipped test car costs over HUF 20 million. In comparison, in 2020, the first-generation e-Niró had to be paid between HUF 9.8-13 million, which is how much cars have become more expensive in the past period. Unfortunately, we have to live with this, but from here it can be stated that the Kia Niro EV is still one of the best choices in this category in terms of price/value ratio.