These two things matter primarily in a workplace 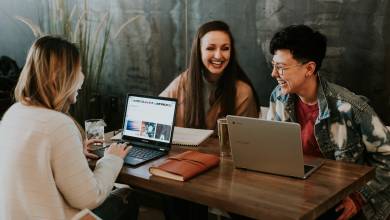 The attitudes and experiences of three generations currently active in the labor market were examined.

In the past two years, a lot of memes have been created about the disillusionment of millennials and Generation Z with work. Many have gone so far as to declare that they don’t have a dream job because they “don’t dream of a job”. They reject work as the basis of identity and instead frame it as an act to be performed out of material necessity. To quote billionaire Kim Kardashian, it seems like nobody really wants to work these days. No one wants to work in a workplace where they are underpaid, undervalued and overworked – especially not young people.

A little more than half of those belonging to the oldest generation stated that at that time they found their first job in just one month, while 17 percent of them took at least a year. In the case of Generation Y, who are one year younger than them, this ratio is already reversed: among the members of this group, there are in the majority (34%) those who took at least a year to find a job on the labor market as a beginner, and 26% of them needed less than a month to do so. In the case of the youngest, we can see a larger deviation in this regard: nearly a third of them searched for their first job for at least a year, but it is more typical of them that they found it in 1-3 months.

Regarding the number of workplaces of the age groups during the years spent working, it can be observed that among Generation Z – due to their age – the proportion of those who are currently still in their first or second workplace, as well as of those who have not yet worked, is higher, however, the two older labor market groups there is no significant difference in this regard. Among respondents with work experience, 12 and 13 percent of Generation X and Y are currently working at their first workplace, while 22 percent of Generation Z are. The difference is much greater in the case of those who have tried ten or more jobs: for generation X it is 15%, for generation Y it is 9%, and for the youngest group of employees it is only 1%.

The wage demands of employees also increase with age and the number of years spent on the job. On average, the expected net monthly salary is HUF 300,000-399,000, which the majority would be satisfied with in their current situation. When applying for a new job, the members of generation Z indicated HUF 200-299,000 the most (33%), but there is also a significant proportion of the more ambitious, who would rather be satisfied with HUF 400,000-499,000 (27%).

We can also see differences in the preferences of the generations in the area of ​​fringe benefits. The mobile phone offered as a benefit is the most important for Generation Z: 16 percent of them mentioned this as an expectation, while for the other two age groups this value is only 4-5%. Reimbursing the costs of going to work is important regardless of age group – four out of ten employees indicated this form of contribution as important. Support for education was chosen by a larger proportion of the members of generation Z, if not the most important, but as a priority benefit – 29 percent of them marked this element, compared to 8 (X) and 15 percent (Y) of the other two labor market groups.

The possibility of extra leave that can be considered as a benefit decreases with age, as it matters how many days off the employee has in a basic situation: a significant number of representatives of Generation Z consider it an important benefit (41%), only 33 percent of Generation Y think so, and the oldest only a quarter.

Regardless of age, the level of pay and the workplace community are the most important

“The amount of salary is the most important motivating factor for all three generations, 80-82 percent of the respondents indicated this. In second place is the good workplace community and atmosphere, about which employees of different ages also think similarly. However, after that, it develops differently the order of preference: for the oldest, the distance between the workplace and residence is the third most important aspect (70%), while for Generation Y flexible work schedule (50%) is also the same, while for Generation Z the pleasant office environment and the company’s values ​​also matter,” explains Dencső Blanka, market research and business development expert at Profession.hu.

In parallel with the expectations, the most important reasons behind changing jobs are the same for all three groups: the bad atmosphere and community at work, a reduction in salary, and being overworked are what would cause them to quit. Among the members of the AZ generation, compared to the rest, there is an outstanding proportion of those who would quit due to the lack of advancement opportunities (36%) and/or career stagnation (22%). The members of the X and Y generations would be willing to change jobs for at least 20, but more likely 50 percent, while representatives of the Z generation would be willing to change jobs for a salary higher than 20 percent, with the assurance of the same job and expected tasks as the current one.