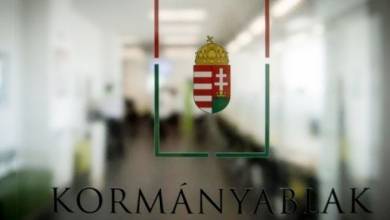 The aim is to ensure that the data available from the state does not have to be requested from customers again and again.

More than 14.3 million customers visited the government windows in 2022, who handled a total of 15.7 million cases, which is close to the record figures of 2019, before the coronavirus epidemic, the Prime Minister’s Office announced. As it was written, the number of cases that can be dealt with online is increasing, and the new, self-service administration points using artificial intelligence will also become available at most customer services this year.

The goal is to continue to reduce the administrative burden of people and businesses, and government offices have also made continuous improvements in order to expand and ensure the possibility of remote and electronic administration for customers.

An important element of this is that the number of forms that can be submitted electronically is constantly expanding, on the other hand, the targeted direction of the developments is to connect the various state registers so that the data available at the state does not have to be requested again and again from the clients. In this way, the procedures can be speeded up, in some cases they can be fully automated, and they become simpler for customers, the Prime Minister’s Office said in a statement.

As you know, due to the coronavirus epidemic, a number of measures were introduced that contributed to the fact that citizens only have to handle cases in justified cases, and many cases can also be handled online. Citizens renewed a significant portion of the documents that were automatically extended during the epidemic in 2022, which was helped by increased and occasionally weekend opening hours of government offices.

In 2022, the “e-reporter” service was also launched, through which citizens reported 60,000 utility rewrites and data changes to utility providers over the course of a year. In 90 percent of cases, this was done purely electronically, from the comfort of their homes, and in only 10 percent of the cases did they visit the government windows. Also last year, the MIA (Artificial Intelligence Assistant) self-service administration points appeared in the government windows, where, for example, the replacement of a driver’s license and identity card, car cases, birth certificate and moral certificate can be arranged. The terminals are being put into operation continuously, in the coming months they will be available in more than 300 government windows nationwide. Last year, more than 7,000 people used the MIA tool, they wrote.

During the administrative break in the government offices, 126,000 customers visited the 60 out of 313 open government windows and the Central Documents Office, who dealt with nearly 147,000 cases.