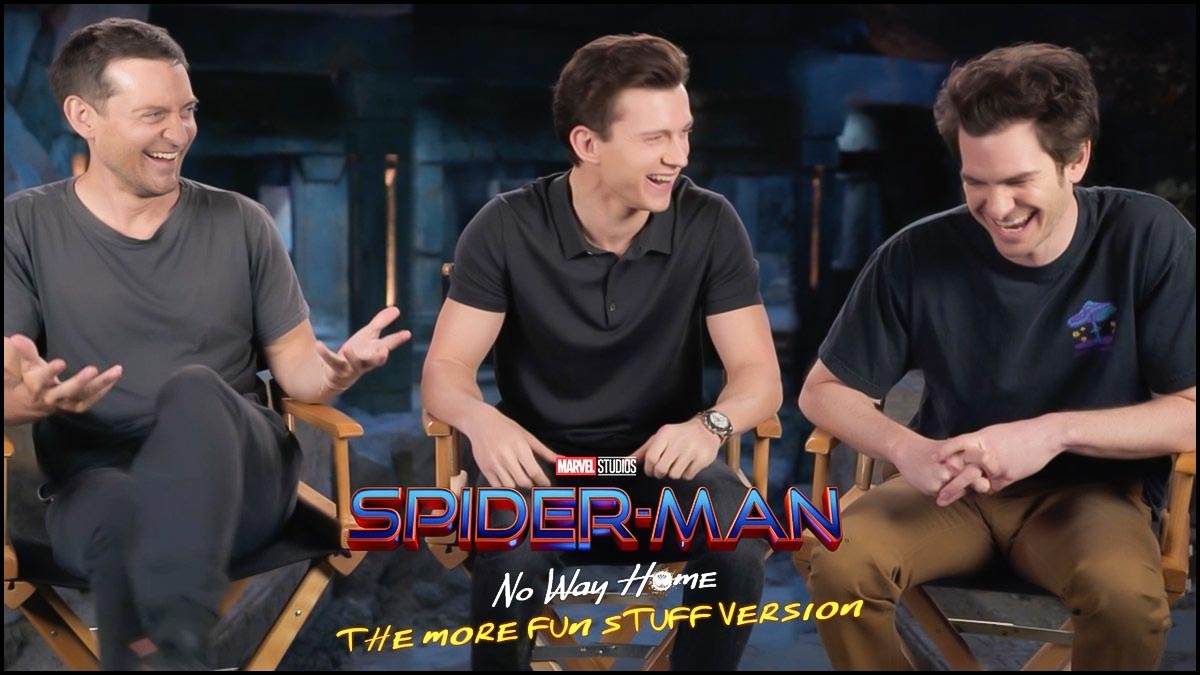 The world knows that ‘Spider-Man: No Way Home’ is one of the greatest hits for Marvel Studios. NWH is the second-highest-grossing superhero film just behind the ‘Avengers: Endgame’ as it is considered one of the biggest crossovers in cinema history.

The movie dealing with the “multiverse” concept brought together three spider-men in one movie. Tobey Maguire from the original Spider-Man universe, Andrew Garfield from the Amazing Spider-Man universe and Tom Holland from the MCU shared screen space in No Way Home. The theatrical version of the film has a runtime of 2 hours and 28 minutes.

Now, the latest is that the makers have announced a re-release for No Way Home with additional footage. The new version, titled ‘Spider Man No Way Home: The More Fun Stuff Version’, is expected to feature all the deleted scenes. The official social media handles of the movie posted a video in which all the three spider-men actors gave us the message.

Sharing the video, they captioned, “You wanted more Spidey and you got it! #SpiderManNoWayHome: The More Fun Stuff Version swings into movie theaters in the US and Canada September 2! More countries to be announced soon!” (sic). We have to wait and see if the “more fun” version gets a theatrical release in India and Indian languages.

Amazon announces a host of new cameras and add-ons...