To Parents-To-Be Sonam Kapoor And Anand Ahuja, With Love From Rhea And Other Kapoors 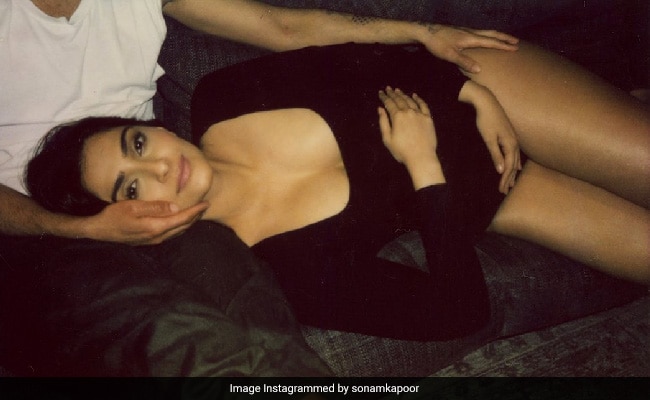 Sonam Kapoor and Anand Ahuja announced pregnancy on Monday with a super cute post. The couple posted a few happy pictures and they wrote: “Four hands. To raise you the very best we can. Two hearts. That will beat in unison with yours, every step of the way. One family. Who will shower you with love and support. We can’t wait to welcome you.” They added the hashtags #everydayphenomenal and #comingthisfall2022. The comments section of the post was filled up with congratulations from family members. Sonam Kapoor’s mom Sunita dropped heart-eyed emojis. Sonam’s cousin Anshula Kapoor also dropped heart emojis in the comments. Aunt Maheep Kapoor wrote this on Sonam’s post: “Love you guys.” Sonam’s cousin Shanaya added, “I love you guys.” Janhvi Kapoor wrote this on her cousin’s post: “OH MY GOD WHAT.” Khushi Kapoor dropped heart emojis along with teary-eyed ones. Sonam’s brother-in-law Karan Boolani (married to Rhea Kapoor), was all hearts for the post.

Sonam Kapoor married Anand Ahuja in May 2018 in Mumbai after dating for several years. Anand Ahuja runs the fashion label Bhane and the sneaker boutique VegNonVeg. The couple are currently staying in London.

Sonam Kapoor was last seen in the 2019 film The Zoya Factor, co-starring Dulquer Salmaan and Angad Bedi. Sonam also stared in Ek Ladki Ko Dekha Toh Aisa Laga, alongside Anil Kapoor, Rajkummar Rao and Juhi Chawla. The actress will next be seen in the Shome Makhija’s film Blind. She also had a cameo in Netflix’s thriller AK vs AK, starring Anil Kapoor and Anurag Kashyap.

Last month we heard that iQOO was planning to launch the iQOO 10 and iQOO 10 Pro in July. While we are still...