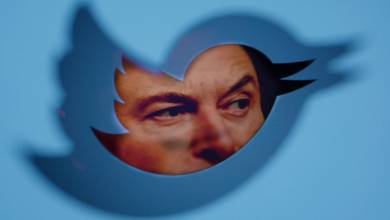 Twitter has lost 80% of its workforce and now has fewer than 550 full-time engineers.

More than 6,000 Twitter employees – about 80 percent of the company’s workforce – have quit or been fired since billionaire Elon Musk bought the company, CNBC reported, citing data from the platform’s internal records.

According to the documents, Twitter’s full-time workforce has fallen from roughly 7,500 before the acquisition to about 1,300 active employees. Of those still employed, fewer than 550 are full-time engineers. The trust and security division, responsible for policy recommendations, design and product changes, has shrunk to fewer than 20 full-time employees.

About 1,400 employees are still being paidbut they are no longer expected to perform their duties at the company. Many of them quitwhen Musk demanded they commit to Twitter 2.0’s “hardcore” new vision, which includes longer hours and an end to telecommuting.

Musk took over the company in late October and almost immediately began making layoffs, which he said were necessary to avoid the financial bankruptcy of the platform. However, his original plan was to lay off only about 50% of the staff.

A former Twitter engineer, who spoke on condition of anonymity, told CNBC that the loss of workers will likely make it harder for the company to reliably maintain the service while new features are being developed. The company’s codebase is too large and diverse, he said, and it will be difficult for the remaining engineers to keep the different parts of Twitter running because they require knowledge of different platforms and programming languages.

NVIDIA will reportedly abandon GeForce MX mobile graphics. The reason for the debut...