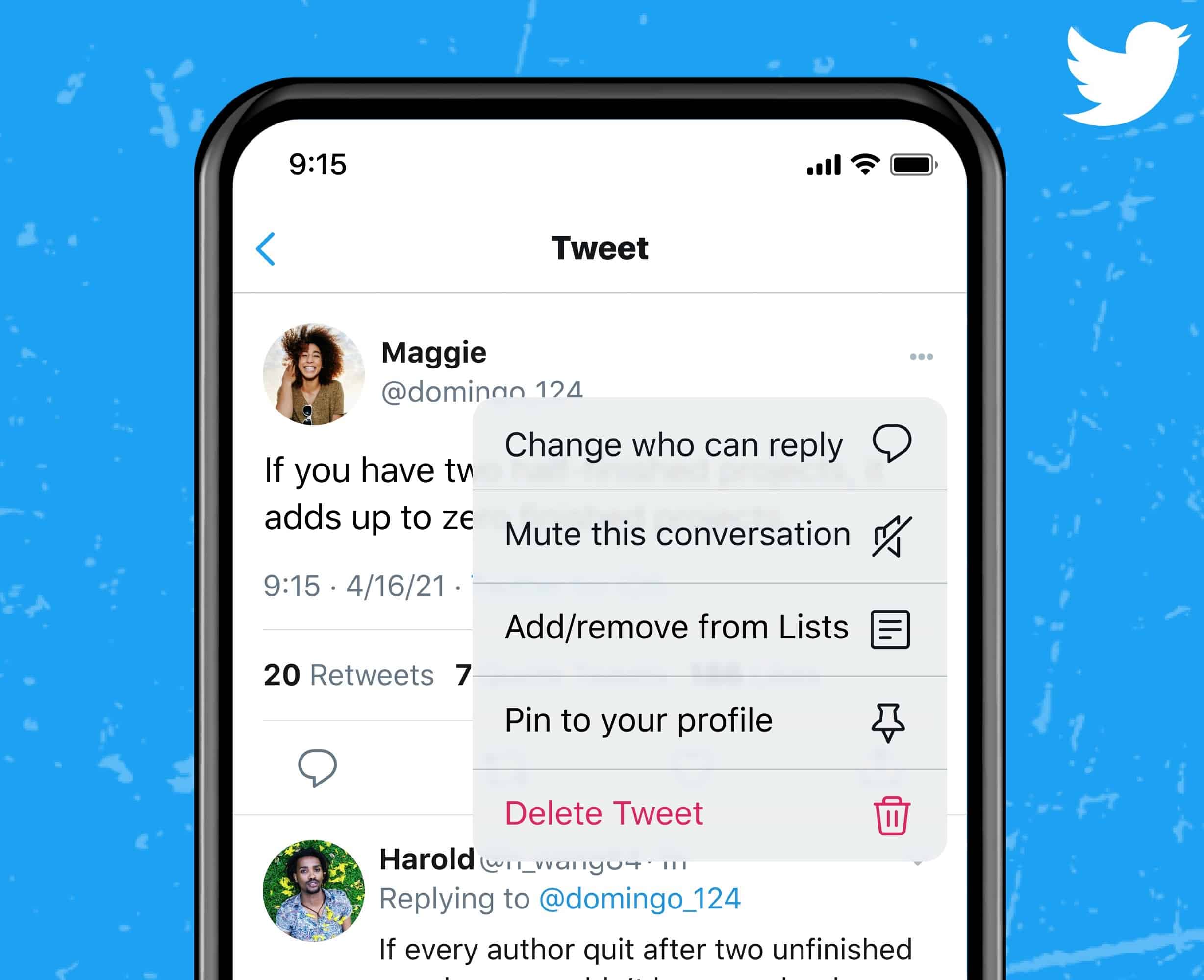 
Twitter is making it easier for users to manage who can reply to their tweets. The micro-blogging giant is adding a new feature that lets you change who can reply to a tweet even after you have sent it out. Earlier, this option was only available when composing the tweet. You couldn’t change the settings after the tweet is sent. Now you can.

The new feature has already rolled out to users globally and is available both on mobile apps as well as the web version. It works with both new and existing tweets, regardless of what setting you had chosen when composing the tweet. Simply tap on the kebab menu (the three vertical dots) at the top-right corner of your tweet and select the “Change who can reply” option. It will open up a menu with three options – everyone, people you follow, and only people you mentioned. You can select the desired option and you’re all set.

If you select either of the latter two options, a banner below the tweet will let people see who can reply to it. Tapping the banner will provide further details.

These features aren’t new though. The same banner also appears if you select either “people you follow” or “only people you mentioned” by tapping the “everyone can reply” button under the text field while composing a tweet. Just that you can now change things after you have posted the tweet. This way, you will be able to decide whether you want to limit replies from unknown people anytime. After all, you can’t always be sure whether a certain tweet will attract too much unwanted attention. This new feature will help keep your reply section cleaner.

Twitter is making it easier to limit unwanted replies

Twitter introduced the ability to limit replies to a tweet in August last year. The company said it will help you “have more meaningful conversations” on the platform. However, as said earlier, the option was available only when composing the tweet. So you had no other option but to delete the tweet if things go out of hand. You couldn’t control unwanted replies. The new feature now gives you that ability as well.

This is one of the many changes that have hit Twitter recently. There are plenty more new features coming soon. Earlier this month, the company spotted working on a feature that will make it easier to search DMs on the platform. You might also soon be able to “Unmention” yourself from a tweet. We will make sure to keep you updated when these features go live.

Your Tweets = Your space. Now you can change who can reply to you even after you Tweet. https://t.co/rNWJk6zWTr pic.twitter.com/3HFSjAotg7