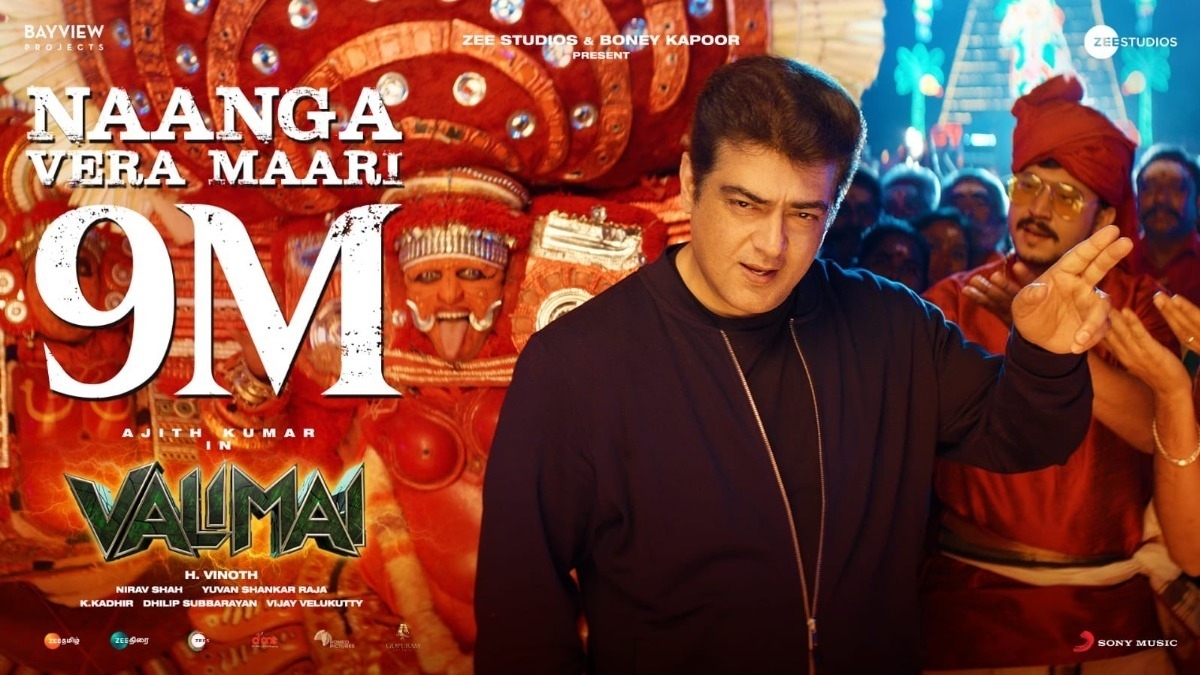 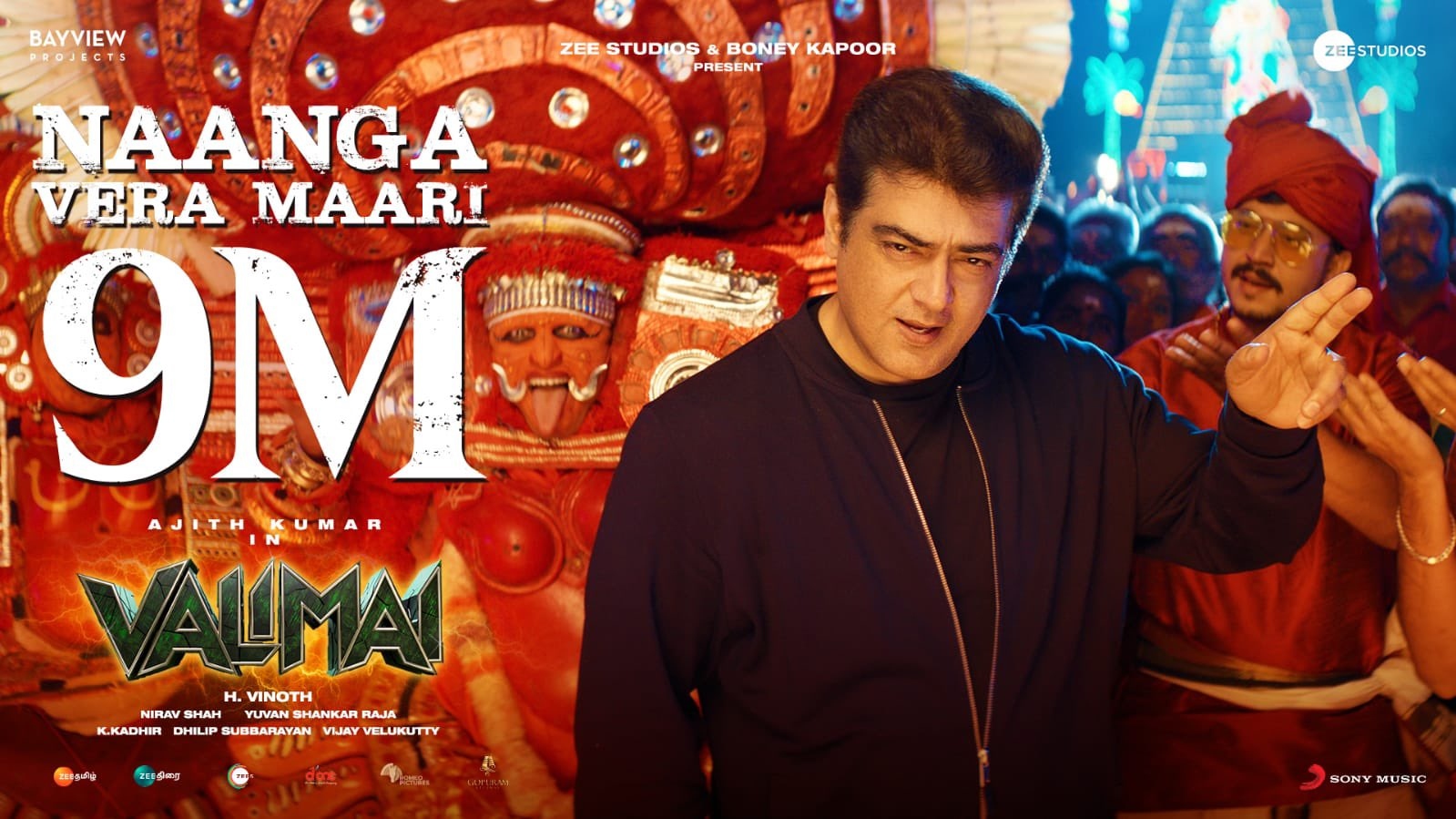 While the actors continue to be friends the rivalry between Ajith and Vijay fans has no end. Trending hashtags in social media platforms has become a ritual for fans and once again Thalapathy Vijay fans have come up with yet another hashtag to show their love towards the Beast actor.

Thala Ajith Kumar’s much-anticipated film Valimai’s first single was released earlier this week but failed to beat the record of Vijay’s Kutty story. Following this Vijay, fans have started trending #UnbeatableKuttiStoryRecords on Twitter. The lyrical video of ‘Kutti Story’ from ‘Master’ set a milestone of 9 million views in 24 hours with 1.04 million likes but Ajith’s recently released lyrical video of ‘Naanga Vera Maari’ from ‘Valimai has clocked 9 million views in 25 hours with 1.01 million like. 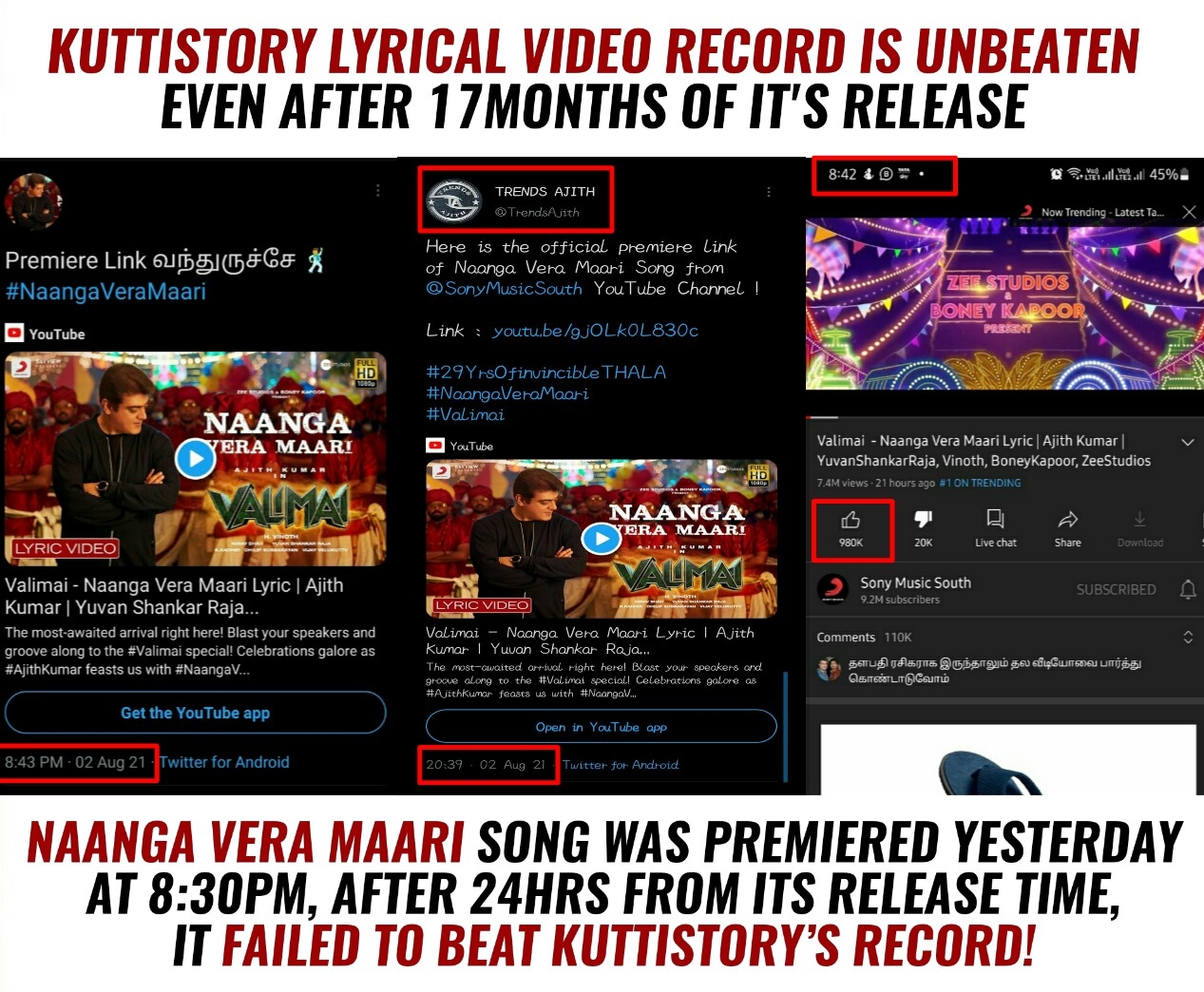 This is enough reason for a social media war, and the fans have started trending hashtags supporting their respective stars. Meanwhile, a hashtag #Fastest1MLikesForVeraMaari by Ajith fans is also trending as the video stands top at the YouTube trending.

‘Naanga Vera Maari’ was the first single track from ‘Valimai’ and it was released with two hours count. Yuvan Shankar has done the vocals along with Anurag Kulkarni and the lyrics of this song was penned by Vignesh Shivan.

“How Krunal Is For Me, Kieron Pollard Is The Same”: Hardik Pandya On Camaraderie...