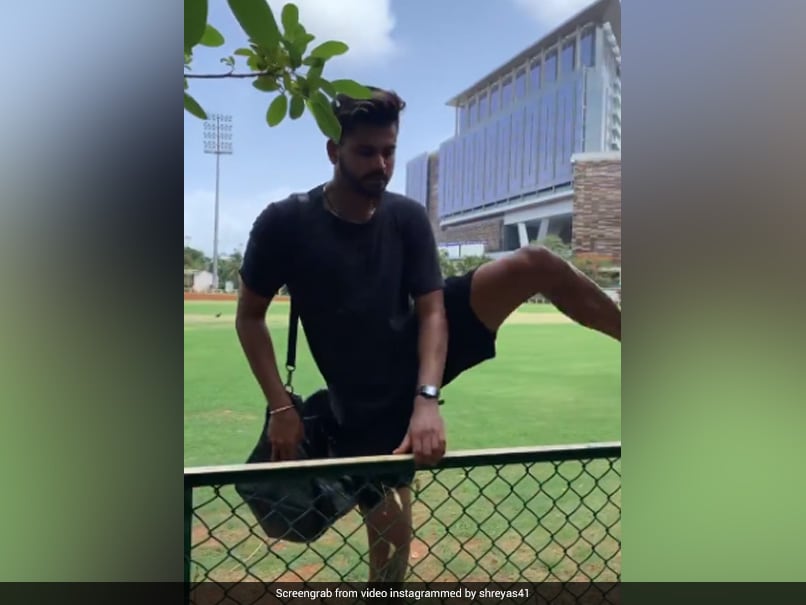 
Delhi Capitals strength and conditioning coach Rajinikanth Sivagnanam hilariously trolled Shreyas Iyer on Saturday by mimicking viral content creator Khaby Lame’s signature hand gesture. Iyer shared the video of the same on his official Instagram handle. In the clip, the batsman is seen climbing over a fence to get out of a ground after not being able to open a gate. As a frustrated Iyer goes over the fence and walks away, Sivagnanam, who was right behind, showed him how easy it was to open the gate. After doing that, he mimicked Khaby’s signature hand gesture to mock Iyer.

Iyer’s post soon became the topic of discussion among his followers. Even singer-turned-actress Sophie Choudry could not stop from commenting on the video.

“And from Khaby,” she wrote in the comment section along with three laughing emojis.

Within 3 hours of being posted on Instagram, the clip got almost 3 lakh ‘likes’.

Iyer is currently working with Sivagnanam to regain his fitness after undergoing surgery for dislocating his shoulder earlier this year. He had injured his left shoulder while fielding during the first of the three-match ODI series between India and England in Pune.

Iyer was also ruled out of the Indian Premier League (IPL). In his absence, Rishabh Pant led Delhi Capitals in the cash-rich league before it was postponed due to the rising COVID-19 cases in the bio-bubble.

Iyer could return to the field in July when India travel to Sri Lanka for a limited-over series. However, before confirming his availability, he will have to prove his fitness.

iPhone 13 event scam dupes viewers out of $69k in bitcoin