What is the problem that arose in the film “Verma”?? Did Seyan cheat Vikram Bala??

Many movie fans know about the movie “Varma” directed by Bala in 2018. Dhruv Vikram, son of Ceyyan Vikram, made his debut in the film. This is a remake of the 2017 Telugu film “Arjun Reddy”. After the release of “Varma”, the production house saw the film and dropped the film saying that they were not satisfied with the film. However, some reports also surfaced that it was Seyan Vikram who told him not to release the film.

Many movie buffs know that “Sethu” was the breakthrough movie for Seiyaan Vikram. Therefore, it was said that Dhruv also entrusted Vikram to Bala because his son’s career should also be better. 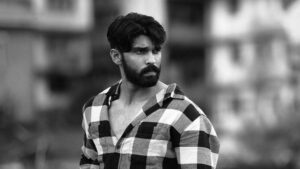 In this situation, famous senior journalist Cheyaru Balu has said in his interview about an incident that director Bala has deceived Vikram.

In other words, when the shooting of the movie “Varma” was going on, Seyan Vikram never went to the set. Vikram had that much faith in Bala. Following this, after the shooting of the movie “Varma” was completed, he screened the film Bala to Seyan Vikram, Dhruv Vikram and the producer. Vikram did not like the film after seeing the film. Will his son’s first film turn out so badly? Vikram thought and got up halfway through the film. After that, Bala called Vikram on the phone and said, “Why do you get up halfway and make me look ugly?” He asked. Vikram hung up the phone without saying anything.

Also Read: Humiliating his own father like this… No matter what, Vijay should not have done this… Many movie fans know that the film was remade and released under the name of “Aditya Varma” with a different director and Bala’s movie “Varma” was released on OTD platform.